Everyone remembers Jurassic Park. Steven Spielberg’s thriller that saw dinosaurs run amok in a theme park captured the imaginations of children and adults all over the world and left many wishing they too could visit a dinosaur theme park, but without the getting eaten part. Twenty years later, Universal hasn’t really done anything with that idea. We still don’t have a dinosaur park to explore, but we might real soon.

ARK Park is a VR spin-off of ARK: Survival Evolved. Developed by Snail Games, ARK Park takes the dinosaurs of ARK: Survival Evolved and puts them in a theme park where players can interact and see them in their natural habitat. It captures the magic Jurassic Park had back in the day, but it’s unclear if ARK Park can hold onto it for extended periods of time. 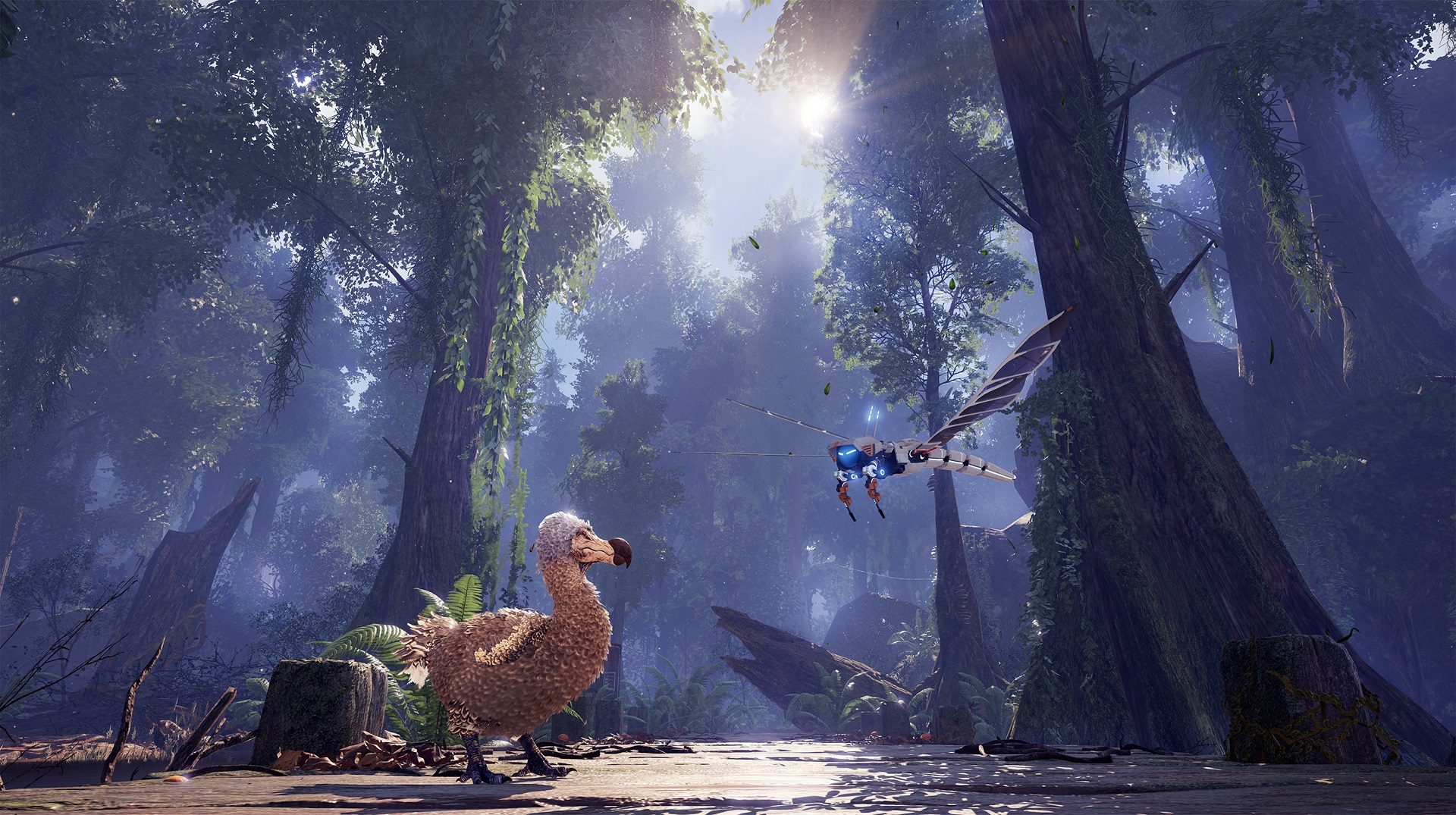 Everything begins in ARK Park’s hub-world, which is set in the modern day. Surrounded by holograms of dinosaurs and vegetation, the game quickly prompts you towards a giant map on laid out on the center of the floor. It’s here where ARK Park trips up. Movement, like so many other VR titles, is accomplished by highlighting an area of a map and warping to it. For a game that is working so hard to immerse players in its world, magically warping breaks the experience. It would have been nice to see Snail Games find a way to get the player moving, but that could prove tricky without a joystick.

After playing around with the holograms on the map, the demo prompted us to select a location to visit. For the demo, the T-Rex enclosure was selected. The enclosure is a dense jungle littered with different interactable objects and various creatures. Though linear, players will be able to interact with large portions of the world. Leaves brush aside with a wave of the motion controller, rocks and insects can be picked up by squeezing the trigger, and Dodos scatter left and right upon approach. 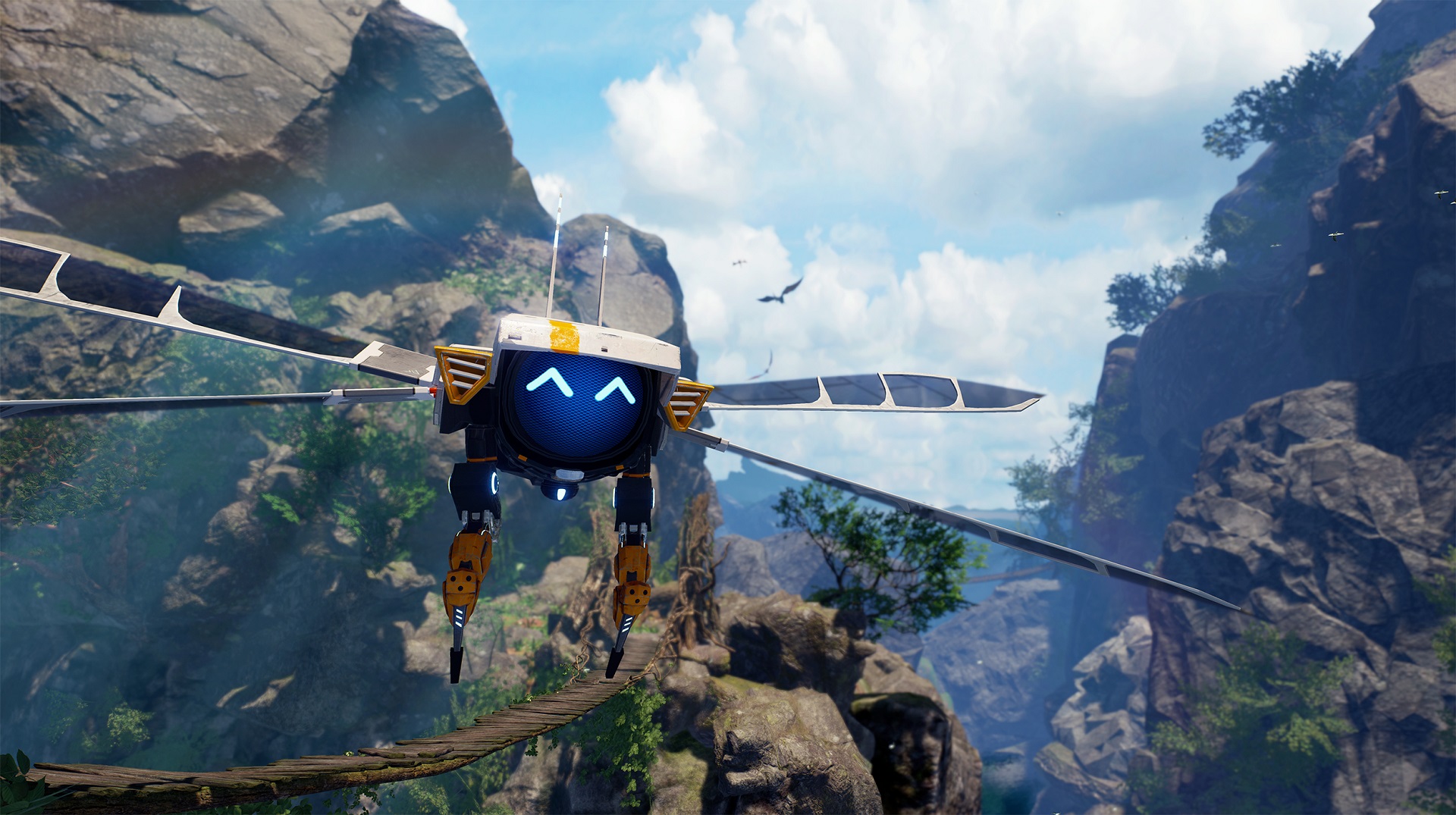 The demo ended after feeding a giant frog and catching a brief glimpse of a T-Rex roaming around his enclosure. It was an awe-inspiring experience, just like witnessing that first Brachiosaurus in Jurassic Park. Like how the three sequels failed to recapture the magic of the first one in that franchise, it’s hard to see ARK Park maintaining a high level of imagination for a long time. As cool as that brief snippet was, it was just window-dressing. It felt sterile, only allowing players to interact with a strict path instead of the actual dinosaurs.

Snail Games didn’t delve too much into gameplay, but ARK Park needs something to hook players. As it stands now, this is a neat add-on for ARK: Survival Evolved. It gives players the chance to get up close and personal with the amazing model and texture work without the fear of dying. As a standalone game, ARK Park doesn’t offer much. Thankfully, this is an early demo, which means that there’s still plenty of time to wow us.

ARK Park is scheduled to release on HTC Vive, Oculus Rift and PlayStation VR. The game is powered by Unreal Engine 4.