Paving the way for home video game entertainment with numerous consoles and quality titles, many could say Atari is the company that started it all. Atari isn’t the games juggernaut it once was but the company has remained a vital part of the industry. With the boom of mobile games this generation, Atari looks to capitalize on the demographic by teaming up with On5 and releasing more game apps to keep us all entertained.

We start off with a couple of familiar titles. RollerCoaster Tycoon Touch and RollerCoaster Tycoon Classic are both available now. Each game has tremendous support from fans as they capture the same fun and complexities as the titles that came before them. In the coming month, Atari plans to add more for RollerCoaster Tycoon Touch. Touch is set to release for Android devices along with inclusions of specialty and holiday items. Classic sticks to what made the series great in the first place. You will get to progress through nearly 100 scenarios from older titles and features authentic sights and sounds to bring fans back to creating their dream parks. Both RollerCoaster Tycoon games have been top-sellers for the iTunes store and are looking to continue that success. 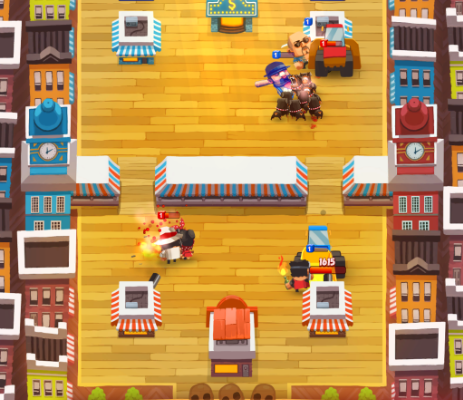 Next, Atari detailed a brand new game titled Goon Squad. This takes all the grittiness of the mafia underground and combines card-based brawling combat in order to claim new turf. The organized crime theme serves up much in terms of different units for the battlefield. Guard dogs, arsonists and bulldozers are just some of the options to choose from with future content such as hitmen and electric chairs in the works. You will fight against other organizations to take over fitting locations such as Chinatown, the boardwalk and junkyards which serve as vital and strategic grounds for your operations. Pick and choose which cards on the screen to place to better fit your strategy. There is a slot machine which will allow you to earn in-game money, new cards and upgrades. A protection service is put in place if you wish to keep units around longer, there is just a small fee if you are seeking protection. Finally, there are a few different modes of play. You can go head-to-head with other players in Duel Mode, melee with everyone in the four player Rumble Mode and team up with a partner for two-on-two in Co-op Mode. Good Squad is scheduled to launch worldwide within the month. Pretty soon you will be able to make your way to the top of the town from goon to godfather. 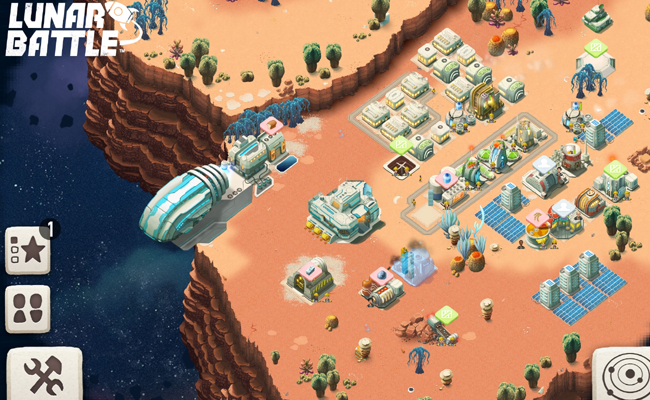 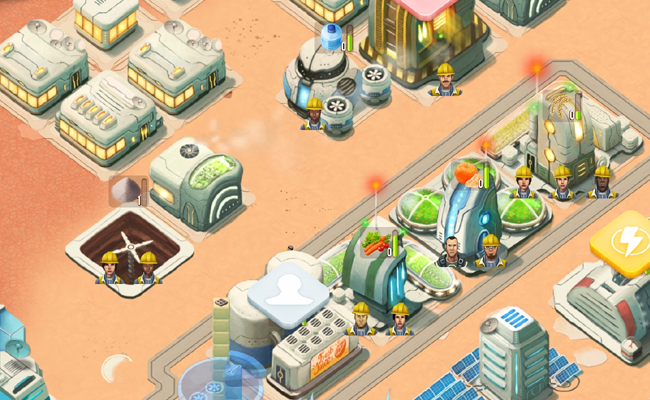 Lunar Battle takes multiple genres and makes them all an integral part in a huge machine. Literally, there are machines at stake here. Lunar Battle fuses city simulation, realtime strategy and dogfighting shooter action. You are responsible for building your space colony in order to develop a robust economy filled with contributing citizens and a bustling workforce. Collect resources so your community can thrive; there is even room to get a bit creative and make places feel more like home. It’s not all peaceful, however, as you will have to face off against galactic threats and defend the colony. You will need to locate building materials and crafting supplies to produce ships in order to fight in outer space shootouts. Level up and upgrade for more powerful, faster and defensive units. Take down various clans and bosses to protect your citizens in campaign modes through a number of levels. The more you develop your civilization, the more a storyline will build alongside it. You can even take on other players in for space supremacy. Lunar Battle has been in testing around the world and plans to release for both iOS and Android next month. It is free to play with in-app purchase options.

Atari may be sticking with mobile games for now, but that doesn’t mean they won’t be a good time. Both Goon Squad and Lunar Battle take unique ideas and blend them together for a fun experience. Atari and On5 working so close together on many titles means the future is bright for hardcore mobile gamers.