Every year, Aksys Games grows its library of Japanese games in new and exciting ways, netting more fans along the way. This year they’ve got a slate of multiple games sure to excite fans of RPGs as well as visual novels. Two upcoming titles of particular note are Tokyo Xanadu from Nihon Falcom and Zero Escape: The Nonary Games from Spike Chunsoft. Aksys continues to show heavy support for Sony platforms as both titles will be releasing on PS4 and Vita later this year.

Tokyo Xanadu eX+ is the weirdly stylized name of Tokyo Xanadu, a game which originally released in Japan back in late 2015. Unlike the vast majority of Falcom games (see any Ys title), this one casts aside a pure classic fantasy setting for something much more modern. The game takes place in Japan in 2015 which means you’ll be exploring a modern day Japan — with a bit of a twist. Everything begins with a horrific earthquake which totally devastated Tokyo. However, it turns out this isn’t just a natural disaster. Instead, it actually hearkens the opening of a dangerous realm in Japan. Of course, this means players will need to fight back. 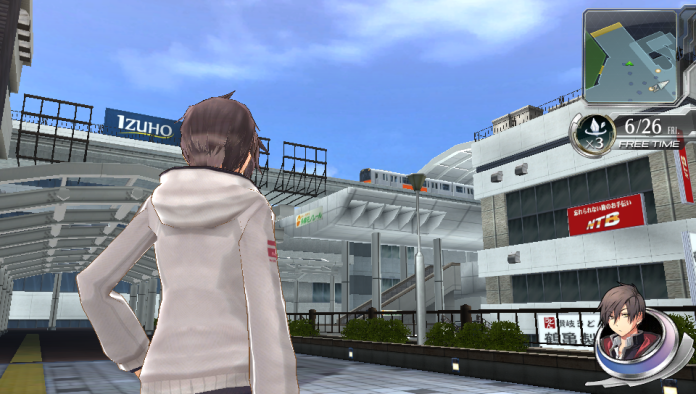 RPG fans might initially be annoyed that it has taken multiple years for Tokyo Xanadu to hit our shores. Fortunately, Aksys Games are bringing over the eX+ edition specifically on PS4. This version of the game effectively collects all the post-release DLC into one package. One of the most intriguing additions is that the character White Shroud is now playable. They’re an incredibly powerful character (more so than others in the game). This is balanced with harder dungeons when you choose to play as them!

The Vita version, on the other hand, is the vanilla Tokyo Xanadu meaning you don’t get the additional eX+ content unfortunately. While that might seem disappointing, one must take the size constraints of Vita games into consideration. Also, Vita owners are set to get the game months ahead of PS4 players. The Vita version is expected to release on June 30 while the PS4 edition is set for October. Fans of collector’s editions should be pleased to know that both Vita and PS4 copies come in two SKUs – standard and Limited Edition. No matter which you pick, you’ll be in for approximately forty hours of action RPG gameplay just for a first playthrough of Tokyo Xanadu. 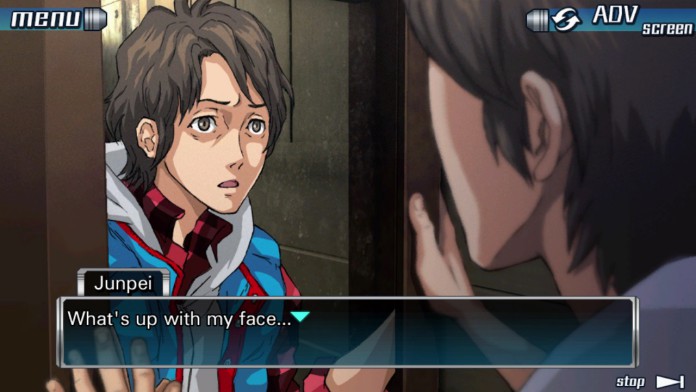 The Zero Escape series is a huge deal – even with folks who otherwise don’t play many visual novels. Of course, there are also tons of folks who have yet to play the series. Both groups should keep an eye on Zero Escape: The Nonary Games. It’s a collection of the first two games in the series: 999: Nine Hours, Nine Persons, Nine Doors and Virtue’s Last Reward. 999 first hit North America in 2010 exclusively for Nintendo DS. Yes, the original DS! In 2012, the series modernized a bit for Virtue’s Last Reward release on Vita and 3DS.

Zero Escape: The Nonary Games isn’t just a bundle of both games. In fact, it contains what is effectively a HD remake of 999. This makes sense given the DS origins of the game. It simply would look messy on modern platforms. This results in huge graphical updates including animations added to scenes. Another update is that players can now switch between “novel” and “adventure” mode. These affect the presentation, swapping between a static visual novel style look and more modern GUI. A few features were also cut for 999. This includes the notepad function which would be cumbersome to use on PS4.

There’s also the matter of a certain puzzle late in the game which utilized features of the DS hardware in an interesting way. This has been modified to work with its current release platforms. With that said, Aksys Games suggests that people will find the modification fun. English and Japanese audio are also both included in the package which simply would have been unable to fit on a DS cartridge. Zero Escape: The Nonary Games is coming to PS4, Vita and PC (via Steam) on March 24.