When you think visual novel, you often conjure still images interplayed with singular character-built moments that play just one role in a much grander tale. When you think anime, you may conjure many the [unpleasant] montage of cliche or trope-ridden stereotypes and pre-established bases for commercial safety in an industry now several billions of dollars in net worth. When you think the two elements simultaneously, you might conjure a slew of still images often based around a dating simulator of sorts. A dating sim with an engaging story maybe, but in a genre of video games like this, much like anime in general, it’s hard not to distinguish the familiarity of the same as a result of one tried-and-tested formula ending up confined to commercial viability rather than explored through creative endeavor.

While I’m not the most knowledgeable or perhaps indulgent of anime followers, I know enough of the medium’s past and present to make a passing remark that change is always welcome…and perhaps needed right in parts. The same goes for the visual novel; as commercially viable its continued existence might be and while there are plenty of those who are more than happy with the next best, potentially great IP to invest in from an emotional stand-point, as a critic I like to find a title that breaks away from the conventions and the established mold this genre has unfortunately found itself confined to. Better yet, I like to find a developer such as Melbourne-based Route 59, not only clearly passionate and knowledgeable on the sources of their inspiration, but aware of both anime and video game’s continuing trend towards targeting certain audiences’ spending habits rather than some narrative or tonal ideal. 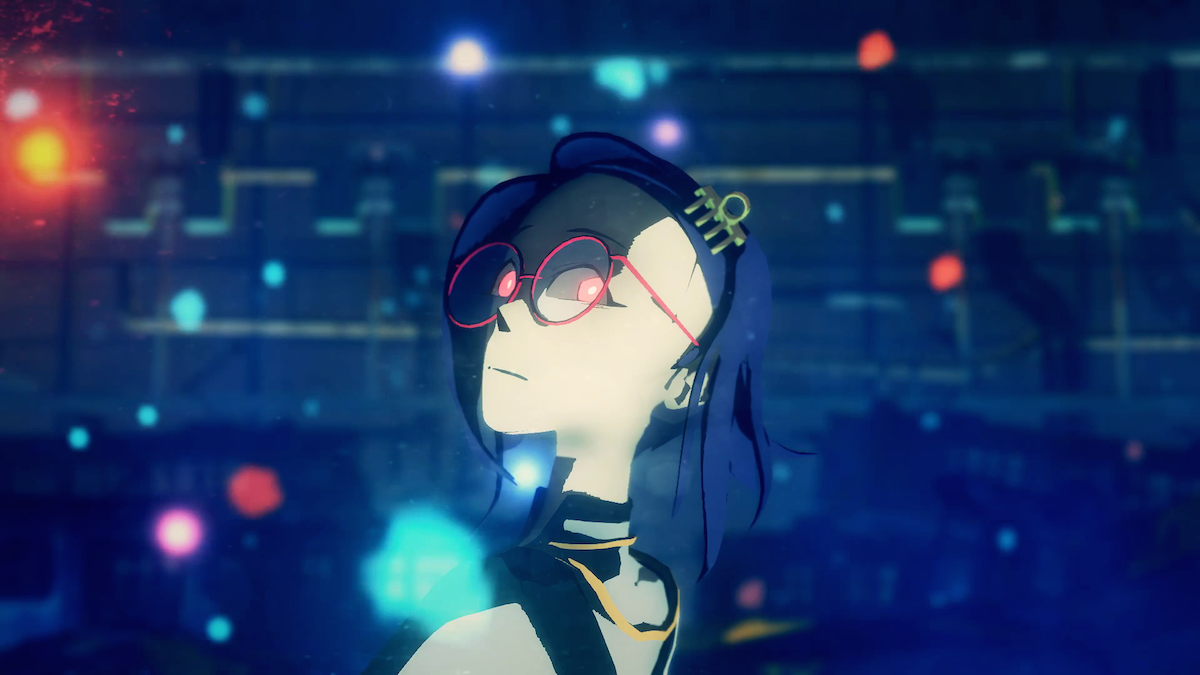 Necrobarista reminds me a little, initially, like something along the lines of Telltale’s The Wolf Among Us. While the aesthetic and chosen art-style may lend itself to the supernatural — it is set around the concept of a cafe whereby the dead return to life for perhaps one last evening of existential/paranormal ramblings — it’s the way this is balanced with the reality of its factual Aussie setting, not to mention the weight of its character-driven narrative that keeps it firmly grounded in equal suit. In doing so, that means the game isn’t trying to simply impress on visual novelty as Route 59’s lead designer, Kevin Chen, explains to me when I sat down with the team to chat about the team’s objectives and inspiration for creating an entirely different form of story-telling. “To the writing, to the game design…every facet, we do want to try and innovate and push the boundaries of what defines visual novels,” he explains, bringing to light more importantly that this is a decision that hasn’t resulted in some form of friction between the team and their target crowd. “What we’ve found is that the reception has been extremely positive,” he notes, but not before reinstating that in all their deviance, the team aren’t trying to over-Westernise what is still, in actuality, a Japan-originated form of story-telling.

But we’ve already seen interesting deviations on the art of story-telling, or perhaps simply an alteration in the manner of character interaction, with games like Oxenfree or even Firewatch last year — visual novels they may not be, yet were games that proved even the less engaging of elements from a gameplay stand-point, can still be offered up in interesting ways. Necrobarista burrows its roots, more interestingly, in the 90s fashion of anime — a decade defined by a looming post-modernist look on life and, specific to this medium in particular, series that used their rather flashy/extravagant or otherwise visually-stunning settings to project a much more human and internal means of subject matter. There’s little getting away from the blatant Evangelion t-shirt Chen has [somewhat] hidden beneath his jacket and even that could perhaps give you a better understanding at Necrobarista’s particular technique in using visuals and perhaps spectacle to tackle some rather less-than-spectacular themes in life. Or should that be death? 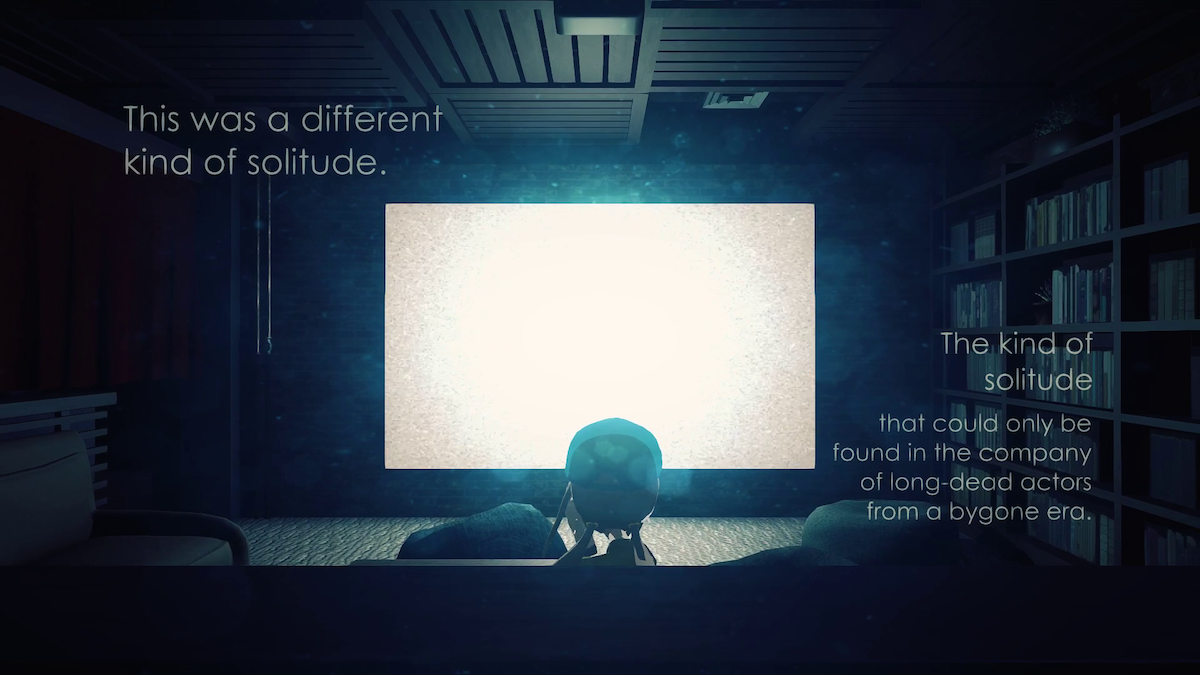 As Justin Kuiper, the head writer of the team, details a bit more regarding the narrative itself, he brings to light the two common paths Visual Novels often take when focused solely on two characters, regardless of the context. Either it’s plot-focused or its personal to each other. In other words, it’s romantic. While the team do indeed want to focus Necrobarista’s tale around its settings and its themes, they also want to keep the writing focal to the characters involved, but without conforming to “romance” standards. This creates an interesting middle-ground and one that even the best of Visual Novels haven’t risked without falling back on some extroverted or otherwise romantic basis to drive the story on. What might help with the game’s balance in storytelling and indeed its tone, could be found in the potential (as Chen describes) “magic realism” that defines the very being of this supernatural cafe of sorts. The kind of magic realism that itself strikes a balance between real-World “human condition” topics on life and death but can also pull readers/players in the same way they’re pulled in by the production values and cinematography of classic pre-90s Japanese animation (not to mention the ocassional contemporary surprise) and even some literary tales too carved out by the puzzled minds of certain Japanese writers.

And this is even before we get to looking at the trailer for the game itself which on its own — taking everything discussed previous — runs off an immediate tangent from what we’ve come to expect from the genre. But beyond its cel-shaded visuals, its clear and bold speech bubbles and the 3D parallax effect that greets players offering even the slightest of mouse controls during gameplay, there’s a clear refusal to confine to what many may initially perceive as an association with the “supernatural” or the “paranormal” or even the semantics of “life after death”. Necrobarista’s aesthetic is surprisingly upbeat and indeed optimistic (if still tainted at the edges with foreboding dark one second and the absorbing paranormal the next) given the predicament and already from the range of characters — and indeed character expressions — Route 59 have clearly more than done their homework in realising that it’s not always about what’s shown directly in front of us that dictates the message or themes underscored. 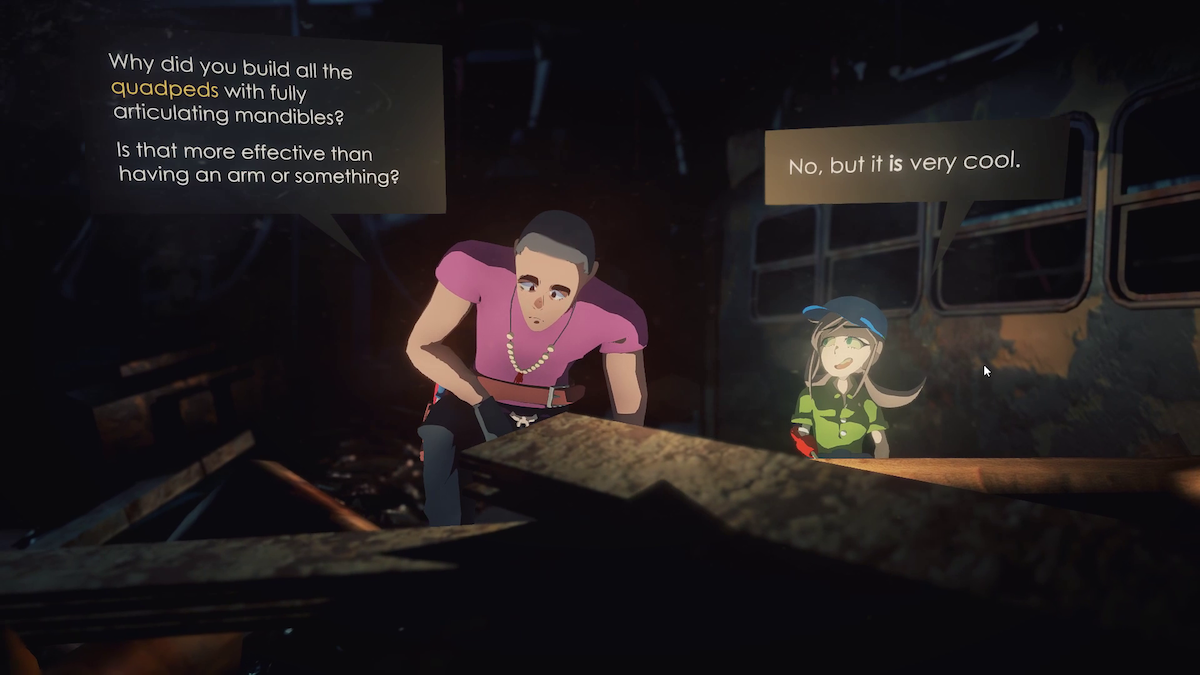 Yet for whatever reason (and it’s likely a good one), Necrobarista has led me to believe that this upcoming tale about the dead sipping down one last cup of coffee might not be as simple as that might sound and it intrigues me evermore because of its cleverly hidden [possible] complexities. Complexities that could stem from the relation between characters as much this magical/surreal/supernatural setting that is able to marry a swirl of visual palettes into a conformed aesthetic of human themes and non-human predicaments. For good reason too, as speaking from personal preference, it’s the subject matter and the more centric themes that I’m always inclined to latch onto as opposed to any forefront offer of visuals or a clean-cut user interface alike. Not that these things are bad by any stretch of the imagination (they certainly help), but for the first time in a while, here might lie a visual novel that all fans of the genre — and then some — can get behind when it launches later this year. One that is fresh, entertaining and worthwhile investing in.