The Nintendo Switch has only released just over a week ago, but in the short space of time since the launch, it has apparently already been ‘hacked.’

The hacker, who goes by the name of qwertyoruiop has claimed that he has hacked the console, posting an image of the Switch with qwertyoruiop’s name on it, with one word: “done.” This exploit is done through a browser but no hard details have been revealed yet. 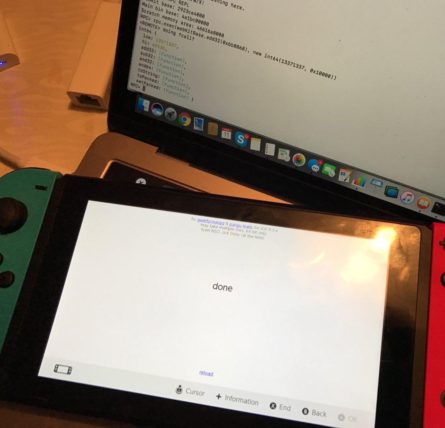 “Done” – left by the hacker to show off his work.

According to a top security website, the hacker is known for jailbreaks of other devices such as Apple’s iOS and PlayStation 4 1.76.

There has been no comment from Nintendo yet on the situation. From the sounds of it, though, all qwertyoruiop had to do was tweak an existing iOS web kit in order to gain access.

We can assume that Nintendo will be addressing this problem as soon as possible, however, it is concerning that just one person has managed to compromise the system so quickly.