So it kind of goes without saying that developers Wizard Fu (AKA the one-man team of Nathanael Weiss) have drawn heavy inspiration from the Zelda franchise when in comes to their new top-down retro action/adventure game Songbringer, down to releasing their beta on the anniversary of the original Legend of Zelda’s release date. But even more than that, they’ve found ways to incorporate even more retro game touches into the game and put new twists on them.

Case in point, the game’s world is procedurally generated, but it does so based on an initial six letters you enter at the beginning of the game, acting as a “world seed.” That sounds interesting on its own, but you know what makes it even better? The fact that you can take the same six-letter combination, give it to a friend, and they’ll gain access to the same world that was generated for you. Yes, Wizard Fu have taken the classic days exchanging of passwords with friends in order to unlock new levels and secrets, and have basically transformed it into a full gameplay feature. It’s a neat little social aspect that feels like a fun way to give the game a lengthier shelf life, and is truly a unique and welcome addition. 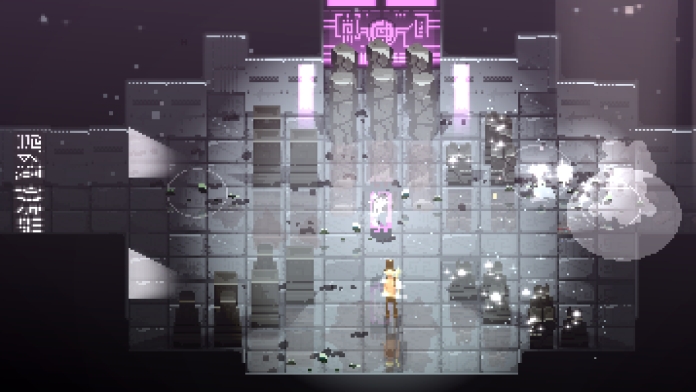 Mind you, this feature wasn’t showcased in the demo on display for obvious reasons, but what was shown did indeed suggest a terrific tribute to the Nintendo classic and its successors. Starting out as main hero Roq and his robot sidekick Jib, we exited the titular Songbringer ship and towards one of the world’s dungeons, navigating the overworld as a day/night cycle took effect. For other demo purposes, several skills and weapons were already unlocked, including the ability the throw a killer top hat at an enemy, Oddjob-style, which is never not fun. In fact, the banter between Roq and Jib was particularly charming and well-written, showcasing some nice playfulness that suggests a great sense of humor, which is always a good sign.

Both the overworld and the dungeon were filled with some truly stunning pixel art, with various different bits of scenery nicely blending together parts of both fantasy and science fiction, where giant specimen vats and ruined laboratories play host to battle against animal skull-headed demons and ice mages, filled with a tremendous amount of detail. Mechanics-wise, it felt similar to other games in the same vein, but still controlled like a dream and had several nifty bits such as some simple yet clever puzzles, a fight in the dark, crumbling floors, and other touches that made even one dungeon feel like a true adventure.

Of course, the difficulty level is always something to consider with creating an ode to the 8-bit era that was filled with a high level of toughness, but Songbringer seems to have things down perfectly, if what was on display was any indicator. Various groups of enemies both medium and large always put up a good fight, but never felt like an annoyance, and were handled easily with the right moves with success being based on pure skill, like in the best games of this genre. Of course, it also helps that Jib was automatically scanning any defeated enemies for potential loot and health, in what was a handy feature. Jib will also help Songbringer have a co-op mode, where the second player can assist their friend by scanning areas and stunning enemies. All of this is backed up by a retro soundtrack, and guess what? Even that is randomly generated by the world seed as well, hopefully crafting a wide variety of tunes, in another terrific touch. 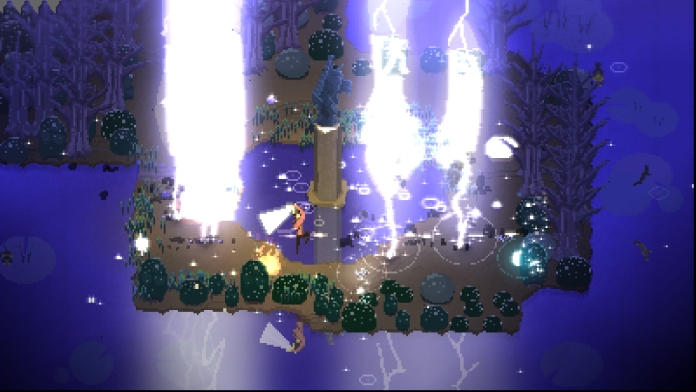 After facing off against one giant demon that served as the dungeon’s boss, we were warped back to the entrance, ready to set out for the next challenge. It was a terrific experience indeed, and I can’t wait to explore the rest of Songbringer’s universe as well, if only to find some impressive dungeons, bosses, items and more that make for an amazing world that needs to be checked out and shared with other players. Wizard Fu have already created what would be an impressive adventure on its own, but being able to let your friends check out the dungeons you essentially created and explored with just six letters is an amazing idea, and that deserves a bit of a commendation on its own. Songbringer will be due out this Summer for PC, PS4, and Xbox One, when you’ll definitely want to begin your expedition through its seeded, procedurally generated lands, so make sure to watch out for it.