Capcom’s remake of Ghost’N Goblins is now available on both iOS and Android devices for $0.99, the news coming from a tweet that could easily have been missed.

For those unfamiliar with the brutal side scroller, you assume the role of Sir Arthur, who fights not only ghosts and goblins – but demons as well on his way to saving princess Prin-Prin. A Castlevania-esque experience, don’t be fooled by its cartoonish appearance, the enemies in the game are the equivalent of fighting Ornstein and Smough for the first time. Expect to die – a lot. 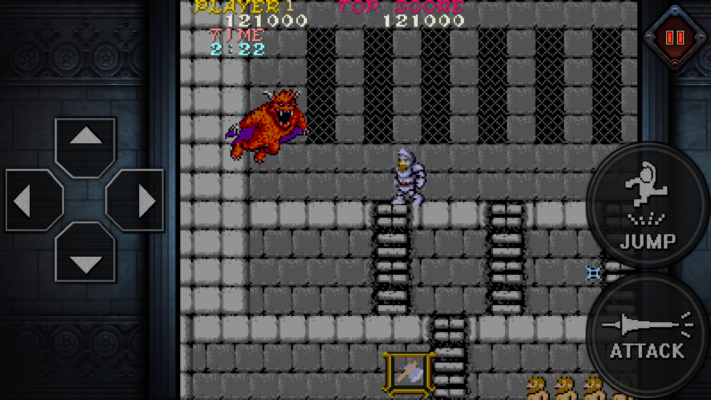 This is not your average side scrolling platformer, Ghost’N Goblins is an incredibly unforgiving adventure, where players need to pay attention to enemy patterns as well as level design.

The new mobile remake features leader boards, control customization and achievements. Fortunately, Capcom has included a “casual” difficulty for those players that want to have the game more accessible for players who don’t want to relive throwing their controller across the room, or those new to the franchise.