Sloclap, a new developer based in Paris, is making their first attempt at a game, and they are already standing out from the crowd. They’re being published by Devolver Digital, but Absolver is a different kind of game from what they usually take on. Devolver likes their 8- and 16-bit bloody action games, but Absolver is a 3D, third-person fighter that pits players versus one another in an online world, and it’s really kind of awesome.

For the demo at PAX, we were able to play through the tutorial, tour around the open world for a bit, and then have a 1v1 match against someone else who was trying out the game. Before all that, though, I had to pick a combat style and a weapon. There are three forms of fighting in Absolver; the Forsaken use parrying attacks to block incoming attacks, the Kahlt, who absorb blows, and finally the Windfall, who rely on avoiding attacks (I picked Windfall, by the way).

The tutorial leads you through a series of enemies that teach you how to punch, block, and dodge, before letting you out into the online world where you can encounter both NPCs and other players. It’s a pretty straightforward tutorial and gives you some context for the story and world of the game along the way. The gist is that you play as a Prospect looking to become an Absolver; a group of masked warriors who fight primarily with their hands and keep the balance of power in the world. 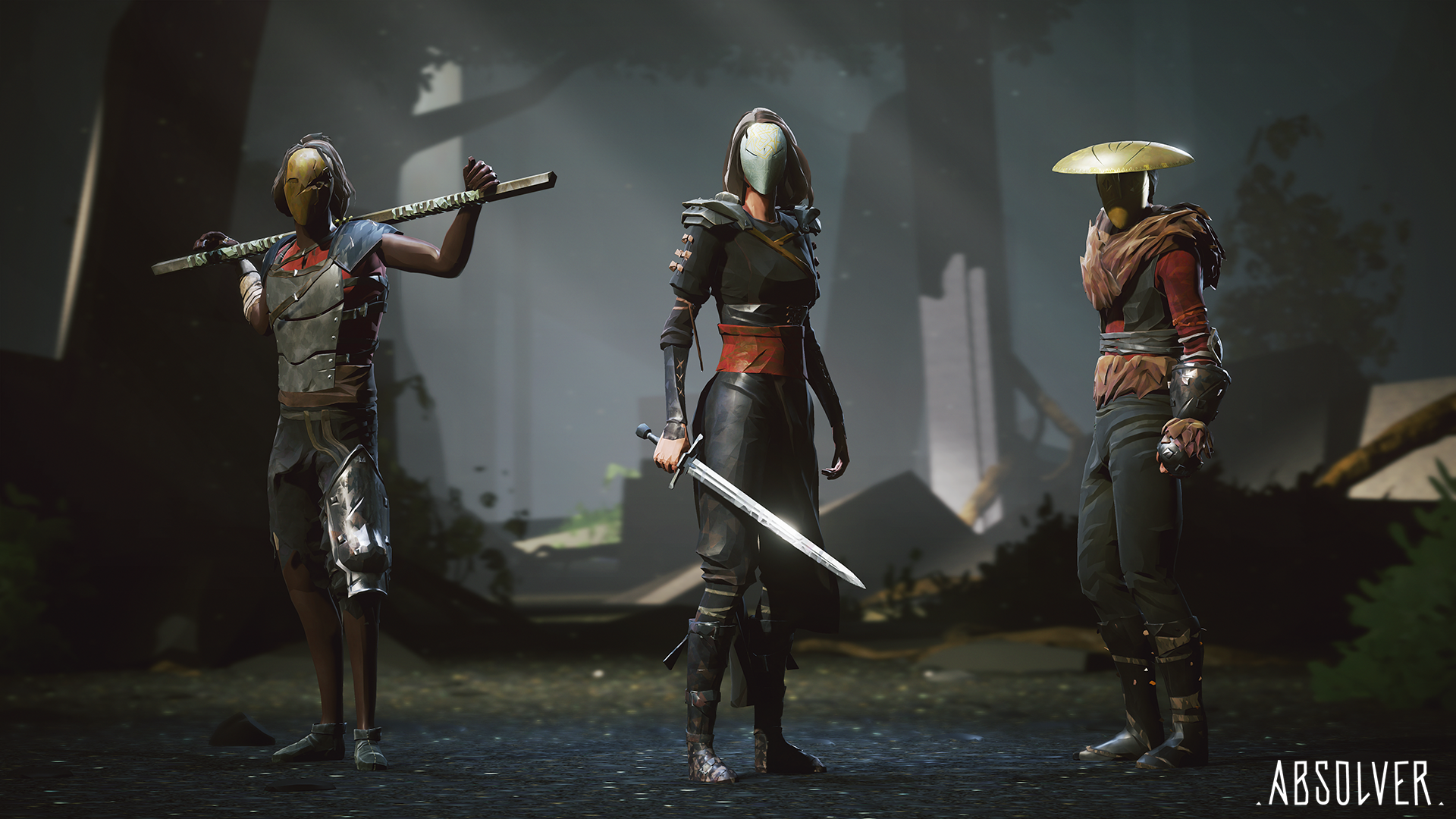 Once you get into the open world, it’s up to you to survive and build your skills so you can upgrade your moves and increase your options when it comes to your move set. As you explore the area, NPCs are ready to take you on, and a few of them will be hiding similar to Dark Souls enemies, so you’ll have to look out. Finishing off every last NPC will be to your benefit, as with each enemy you take down, you slowly learn their moves. This comes into play when you customize your move set or Deck as they call it, which we’ll talk about in just a minute. Then you’ll find another player, and you can decide, nonverbally of course, whether you want to fight or maybe explore a dungeon together. If you do fight and lose, you’ll be spawned back at the last save point you encountered, which are in the form of obelisks that you pray to. If you work together, you can find loot caves and fight off enemies together. Throughout the world, there are also small loot crates where you can find new weapons and garments for your character.

If you’re looking for a real competition, there are also PvP modes where you can fight other players in an arena-style battle. Here is where you will truly test your skills as a fighter, and where you’ll be able to learn new moves and gain experience quickly. I got to play a 3-round 1v1 match against one of the other PAXers that was trying out the game, and even though I won in the end, it was a tough fight. Having to adapt to his fighting style even though I was totally new to my own was really difficult, but I could see the potential for those who’ve taken the time to master their respective class fighting some pretty intense fights.

That’s where Absolver shines. Even though I only got a look at the basic aspects of the game, there were glimpses of the deep systems that hide in the menus. Your class decision actually determines your basic move set, and some of the special moves, executed with the D-pad,  that you’ll be able to use at the beginning of your journey. There are four stances where you’ll be facing an enemy a certain way, and depending on which stance you’re in, you’ll execute a different move even though you pressed the same button. The crazy thing is, you can customize all of this, and decide how moves chain together as you hit the square and triangle buttons in a certain order. You can even have a set of moves land in a different stance, allowing you to continue the chain. Again, while I didn’t get to play around too much with all of this, just having the nice developer explain it to me had my eyes wide thinking about how complex players are going to get with this.

Devolver has a tendency to publish great games, and usually pretty hardcore games. With Absolver, it seems they’ve done it again, but it’s a bit different this time as this one is just so new. A fighting game like this hasn’t really been done before, at least online in this way, and it’s legitimately cool.