Summoners War is a mobile game where players assemble teams of monsters and summon them to do battle. Developer Com2uS have implemented cross-regional play, allowing for a global launch of their “World Arena” PVP feature. This means that people who end being exceptional on the world stage will have some bragging rights. Those who do achieve that level of greatness can save their replays and share them now as well. The specific regions able to PVP now include North America, Europe, China, Japan, Korea, and ASEAN (Association of Southeast Asian Nations). As such, work went into making sure that the one-on-one matchmaking could be fair, especially if a player beats someone of a higher rank than themselves. People wanting to climb ranks can use replays of the top players to get an idea of what’s working the best at the time. Casey Lee, CEO of Com2us USA had this to say:

Summoners War has grown to become a global phenomenon in the mobile RPG space and continues to attract new players from around the world. We believe World Arena, along with the additional features and enhancements, will really take the competitive gameplay to the next level.

Those interested can grab Summoners War on the Google Play Store or the iTunes App Store. 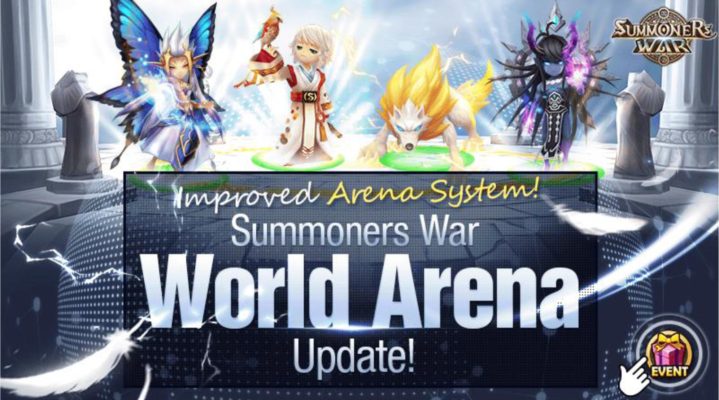