If I were to choose the best games of this year’s PAX East based solely on just how much fun I had with them, Motion Twin’s upcoming metroidvania game Dead Cells would easily have a shot at making first place. It just hit all of the sweet spots: Gameplay that heavily encourages exploration, a sweet retro aesthetic that compliments the gameplay, unique mechanics, fast-paced action, a perfect level of challenge without ever becoming frustrating… the list goes on and on. Indeed, it’s the kind of game you would want to play over and over, if only because the first few plays of it will rip you to shreds. 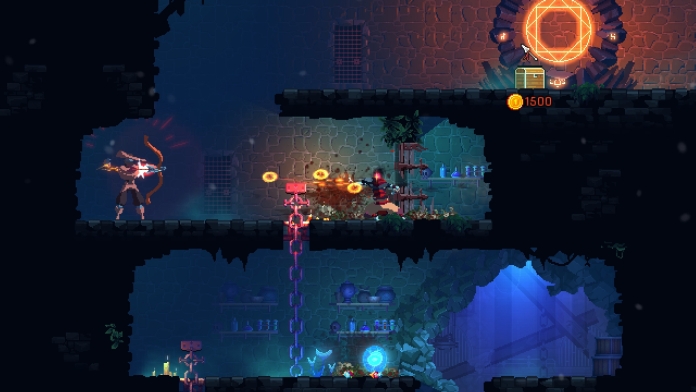 Dead Cells is meant to be played in short bursts at first. After a blob-like creature brings a dead warrior back to life for you to control, you set out to explore the giant castle ahead of you. And like any metroidvania game, there will be certain areas ahead of you that will be inaccessible at first. And in taking one of the ways that is offered to you at first, you will find yourself taken out by more powerful enemies a short ways in (for this writer, it was the teleporting “phaser” enemies that were my bane). The key is to unlock enough various upgrades and additions to help your character on future runs. Discovering new weapons increases their drop rate later on, exchanging souls harvested from enemies in between levels gradually unlocks new gear and skills, and surviving long enough to discover certain upgrades provides permanent abilities needed to access different routes early on.

So yes, you’re playing again and again with procedurally generated levels each time for the shot at a better turn of events later down the road. But even when you’re underpowered at the beginning, Dead Cells has some damn good level design. Even the most minor of opening dungeons feels like its own little metroidvania game, with several different paths to explore, hidden items to find, shops to check out, and ridiculously huge treasure chests to discover, with a significant amount of teleporters to make navigation easy. And these areas are also populated by a good variety of enemies that need proper timing and skill to destroy. Combat is meant to be similar to that of the Dark Souls games, and while I admit to not having any played any Souls games to know if justice has been done or not, the 2D hack and slash gameplay was highly entertaining enough on its own in my book. 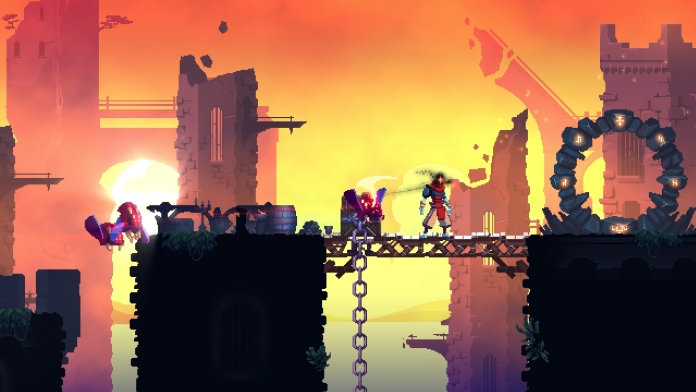 But if there was one thing that probably solidified Dead Cells as a game to look out for, it was its absolutely breathtaking pixel art, which in motion looks astonishing, with tons of detail and fluid animation. How were the developers able to create such amazing sprite work, one pixel at a time? Well, the answer is simple: They didn’t. Yes, as it turns out, Motion Twin really wanted a classic 16-bit look and feel, but didn’t quite have the manpower needed to pull off some truly elaborate work, so what you see in the game is actually 3D models rasterized in order to create a pixelated, retro appearance. And indeed, it sure fooled us! Now, you may argue that this is cheating a little, but when the results looks this damn impressive, who are we to argue?

In the end, what was taken away from the demo of Dead Cells – among other things – is that it has an extremely high amount of replayability and puts up a damn good fight, with some highly impressive visuals as the cherry on top. By uniquely making death into an integral part of the gameplay, Motion Twin have put a unique spin on the metroidvania genre. Dead Cells will be hitting Early Access this spring for PC, so make sure not to miss it.