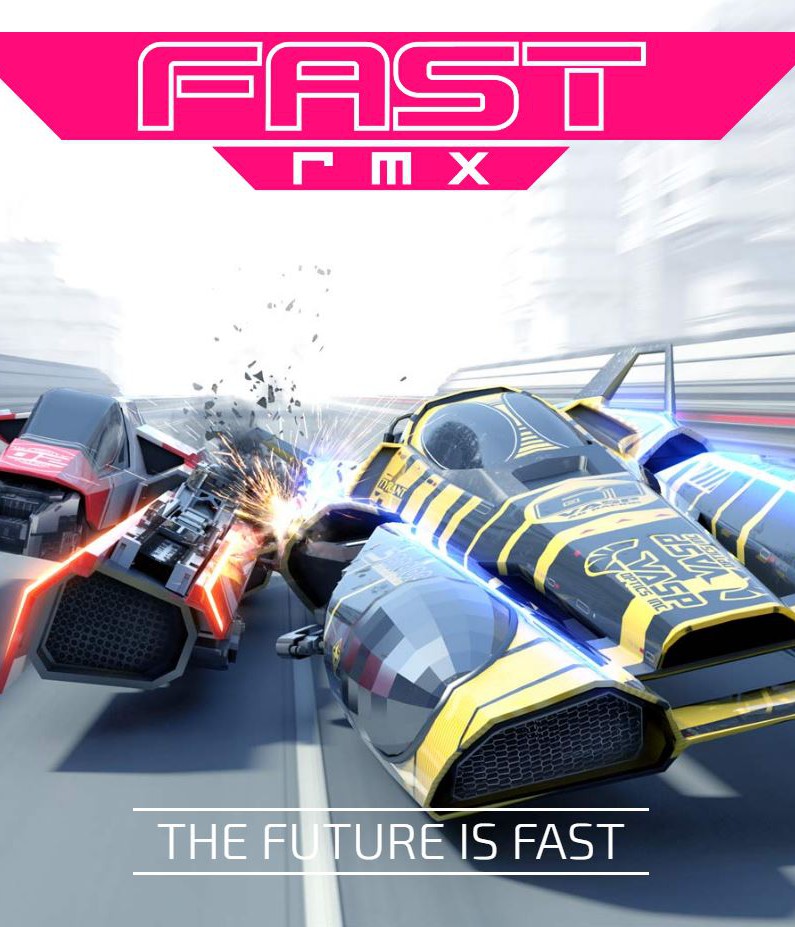 Shin’en Multimedia have been a huge proponent of Nintendo over the years. Since getting their start on the Game Boy Color, the developer has since produced all manner of games (racing and otherwise) for Nintendo platforms. In 2011, FAST Racing League launched on WiiWare and proved the beginning of the FAST series. A few years later, FAST Racing NEO hit the Wii U eShop and gained a larger following. However, the FAST community took its greatest stride this March with FAST RMX landing a launch spot on the Nintendo Switch eShop. Many never played a previous game in the series before, and they don’t have to. The concepts behind the title are incredibly easy to comprehend.

On one hand, FAST RMX brings to mind the Nintendo classic F-Zero. This is thanks to an intense focus on speed. The game is called “FAST” for a reason, after all! Even the aesthetic feels similar to F-Zero with a focus on far flung futuristic locales speeding on by and cool as heck vehicles. Folks may also find it similar to another racing series – Wipeout. This is most evidenced by the menu design and overall clean, futuristic tone. Despite their similarities, FAST RMX does not feel like a carbon copy of either title and attempts to differentiate itself via a few gameplay components. Depending on what you love about racing games, these aspects may prove to be great differentiators or annoyances in an otherwise enjoyable racer.

The most notable aspect of gameplay takes inspiration from the likes of Ikaruga. As you race on tracks, there will occasionally be colored strips or ramps along the way. These come in two colors: Blue and yellow. Driving over one while your vehicle is set to the same color provides a tremendous speed boost. If you fail to swap colors in time, the strip actually will slow you down to a tremendous degree. Often, this slowdown is enough to get at least one racer to overtake you. The same holds true for the ramps. Failing to select the right color almost always means you’ll end up failing the jump and crashing into a wall or falling into nothingness. This means that players need to be adept at swapping between the two colors on the fly. 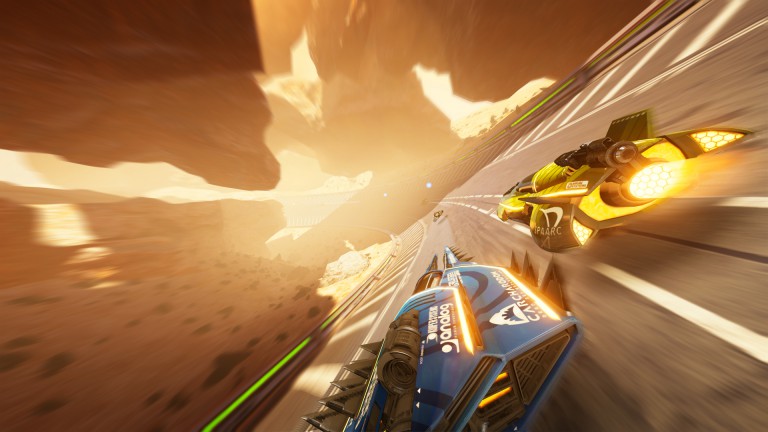 Folks who have been gaming for a while should have little issue with swapping colors in FAST RMX generally. Early stages feature color strips that are far enough apart and placed in such a way that it’s not difficult to prepare ahead of time. Later on, strips may be nearly overlaid, causing players to need to switch in rapid succession. It’s also possible to completely ignore driving over a strip, but then you won’t receive an extra dose of speed (that likely all other competitors will opt to receive). Boosting at these areas alone won’t get you to victory beyond the earliest, novice stages.

There’s also a need to collect orbs floating around every level. No, these don’t offer attacks like in Mario Kart. Instead, they all contribute to a boost meter. This boost can be used at any time that the bar is not depleted. Used strategically, it can work to overtake an opponent in the final stretch or simply make up a loss. Just be careful as some of the faster vehicles are so ridiculously speedy with boost that you might end up careening off the road entirely. That’s just part of the challenge. Although it’s possible for good racers to totally ace a stage on the first try, many may want to replay them. By replaying you’ll start to memorize where color switches are, as well as locations where it’s best (or worst) to use boost. 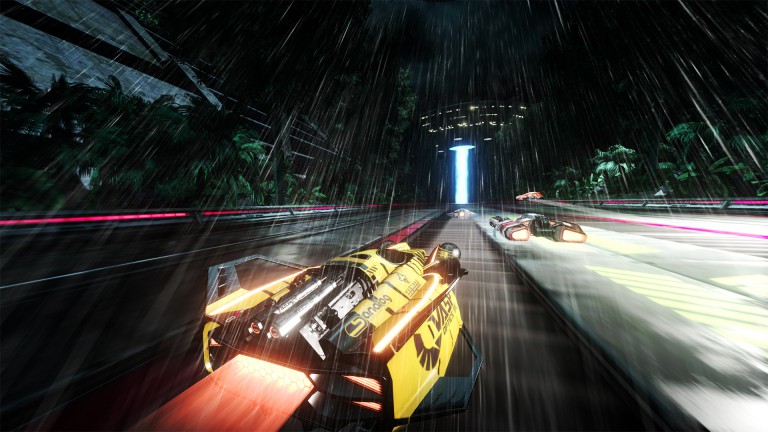 Then there’s the matter of obstacles in FAST RMX. While trying to stay ahead of the pack and managing your car’s color, you’ll also sometimes need to worry about dynamic obstacles in the environment. These may take the form of boring old pillars which are usually easy enough to avoid. Or it may come in the form of lasers, giant smashing feet, weird mechanical spiders, or any other number of active dangers. Moving objects are by far the least enjoyable aspect of the game. After all, players want to go extremely fast and careening headfirst into an obstacle that got in the way at the last second proves infuriating. It really puts a damper on the gorgeous vistas and sense of speed.

FAST RMX manages to be one of the best examples for indie developers on Switch to follow because of Shin’en Multimedia’s decision to make use of basically every feature and permutation of the system. HD Rumble and gyroscopic controls are available for those who wish to use them. The game can also be played in any orientation – Switch on TV, Switch as handheld or in tabletop mode and with the JoyCons or Pro Controller. After launch they also added in the option to play multiplayer either with friends locally or in an online mode. So far, online matches take less than a minute to get into (although they aren’t generally packed full of eight racers) and include players of all skill levels to race against. 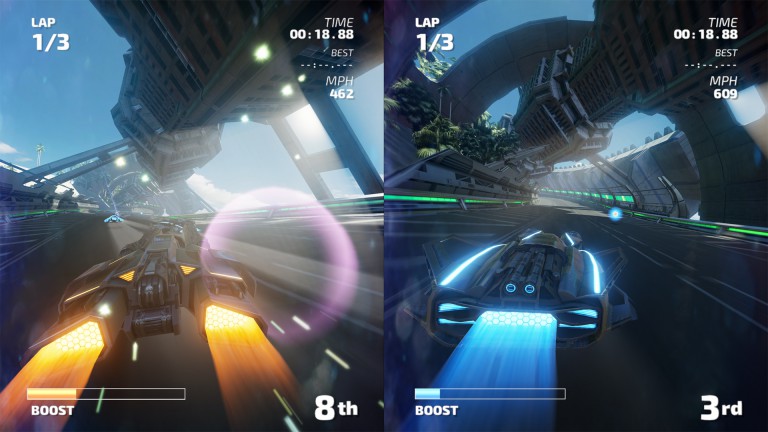 Anyone who enjoys racing games and owns a Switch does not have many options for games right now beyond FAST RMX. Fortunately, it should provide players with at least a dozen hours of gameplay as they work their way from the novice cups to more advanced races. Online and local multiplayer also adds some additional fun into the mix. There’s not much else to the experience, however, and some may wish that the game were a more “pure” arcade racer rather than one with additional gameplay aspects layered on top of simply racing super fast.