Mass Effect: Andromeda is a technical nightmare. Sure, open world games have their share of issues, but our times with Andromeda was severe. We ran into an endless onslaught of problems that just worsened as the game progressed. Every time we began to have fun, we were quickly reminded of how unpolished it is. We just wanted to share some of the glitches that we encountered on our journey. Also, If you haven’t read our review yet, please do so as despite these issues, we did enjoy our time with the game.

1. Broken character placement. Not necessarily always going into a T-pose, but characters will constantly be doing their regular activities nowhere near where they’re supposed to. For example, Gil down here is typing about eight feet away from his console and in the complete opposite direction. We also had Peebee in a similar position when engaging in conversation with her, as she leans the wrong way on the railing afterwards. 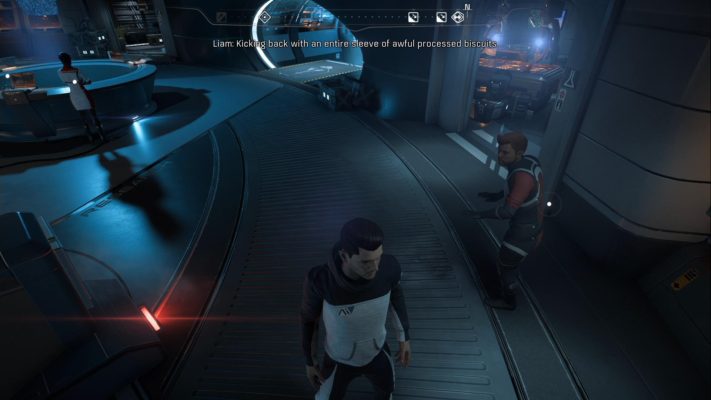 2. Multiplying character models. This happened only twice but that’s two times too many. On the Tempest, Drack decided to multiply with his double being fully interactable, as well. We noticed something was off when we began the conversation as Drack was hunched over as if he was on the toilet, constantly looking up to talk to Ryder. Thankfully, this disappeared when you talk to Drack #2, but it was a bizarre occurrence. 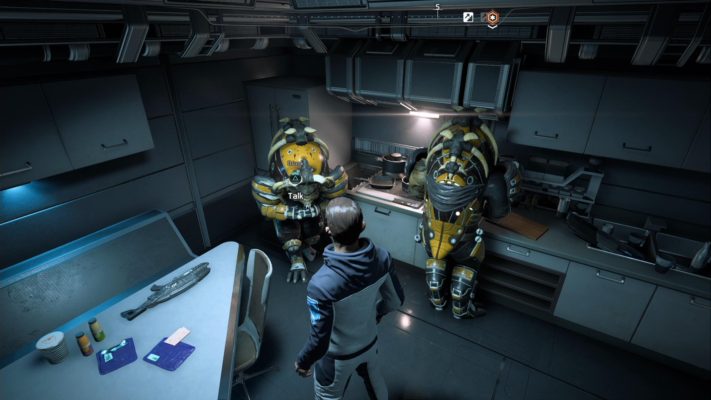 3. Visibility obstructed during conversations. This happens ALL the time. Either someone or something will get in your way during a conversation and you won’t be sure who you’re talking to. There are two types of conversations: with with camera control, and without. The former is easier to avoid obstructions, but at the same time, you only have a certain amount of swivel control, and there were be countless times where a character is positioned somewhere outside of your vision. The later is a little better, but there’s still a lot of stuff that will get in your way. Also we had a few times where NPCs would push you out of scene. 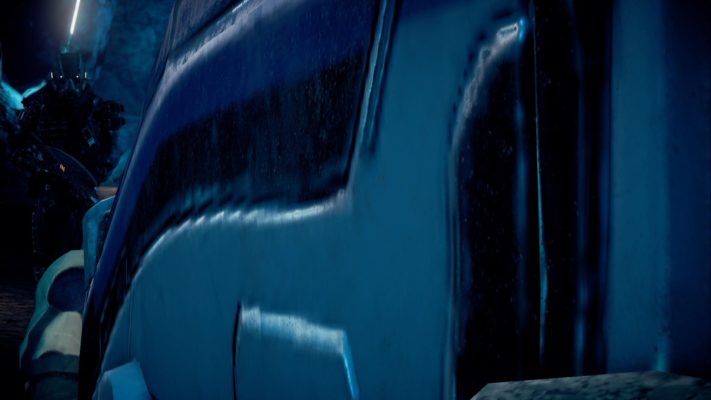 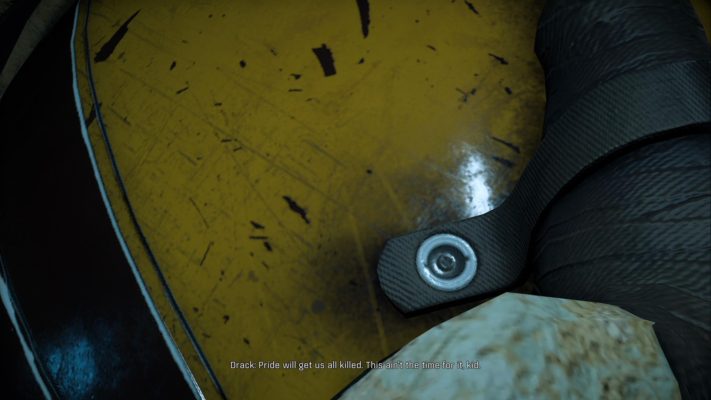 4. Everyone’s floating! This is incredibly common. When you get out of the Nomad, your two allies will literally be dropped into the game from the heavens, but that’s not that big of a deal. We ran into so countless instances where enemies were just floating in the air, sometimes upwards of five stacked inside of one another like a Russian nesting doll. 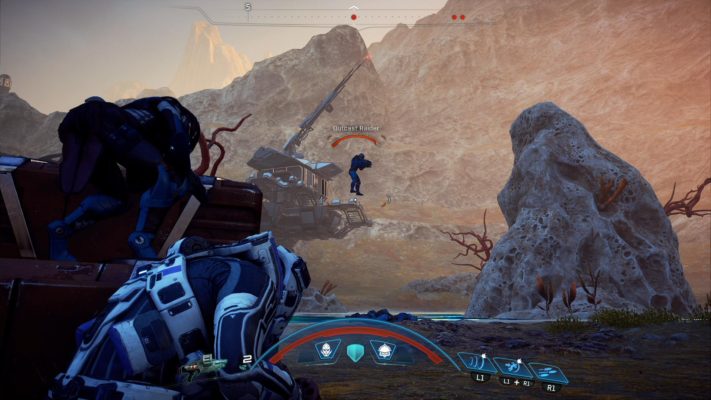 5. Everyone’s skating! This is less common than the floating glitch, but characters, especially your teammates, will constantly be skating around the battlefield. In the picture below, you can see Vetra skating off this platform into thin air. 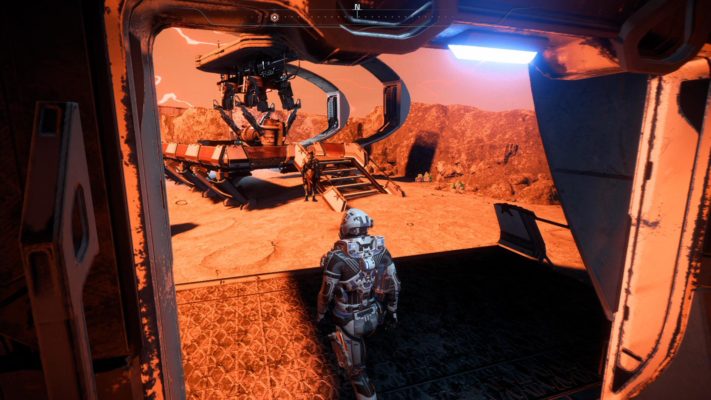 6. Broken models (mostly in the T-pose). In-game models often break, causing them to either go in the T-pose position or become stretch out, in the case of machines. It’s not that big of a deal, but it happens somewhat frequently. 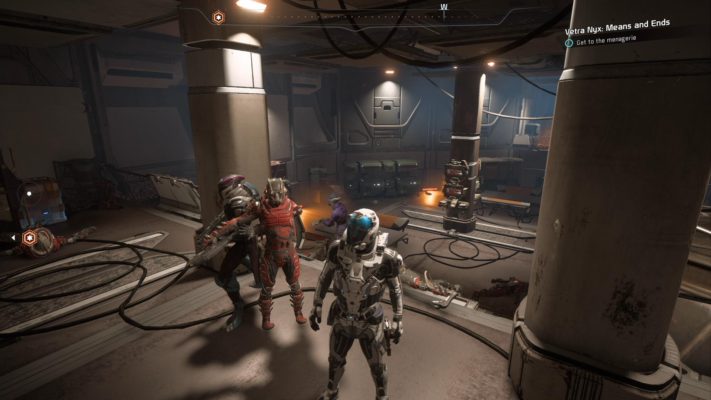 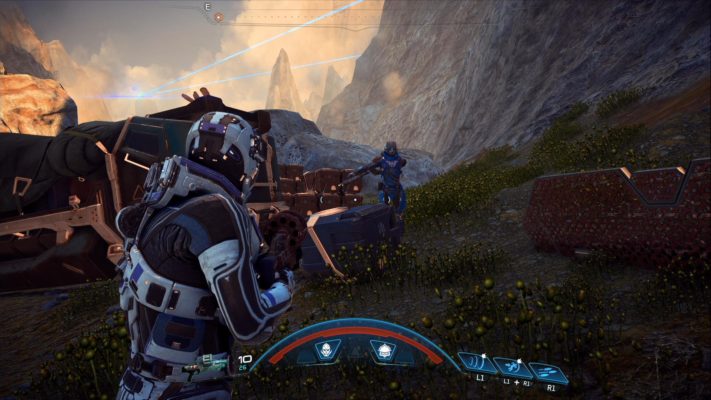 7. Stuck in the ground. This one was pretty bad. After engaging in a fight, we somehow clipped through the ground and got completely stuck. There are noway to get out, and every time we dropped into the endless abyss below, we’d just respawn back underground. Thankfully, this happened only once and we saved a couple minutes before hand. 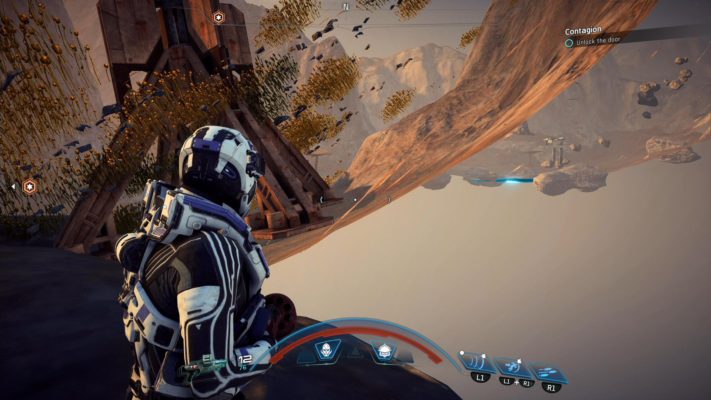 8. Where’d the world go? This is a strange one. The world just began to disappear. What you’re looking at here is a remnant structure completely invisible, along with the world behind it slowly becoming engulfed and the skybox being the only thing left. 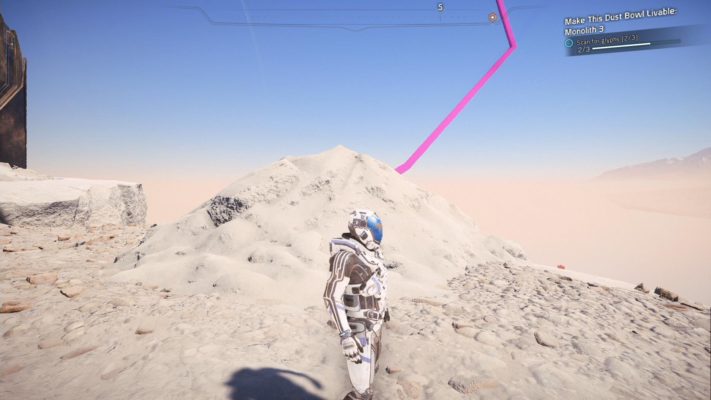 9. Phasing through the ground. What’s Peebee doing standing horizontally on the ground? Well after a passionate moment where you commit to her, she jumps in your arms and the scene ends. Then to my dismay, I looked down to see the curious Asari stuck half in the ground staring at me… eerie. 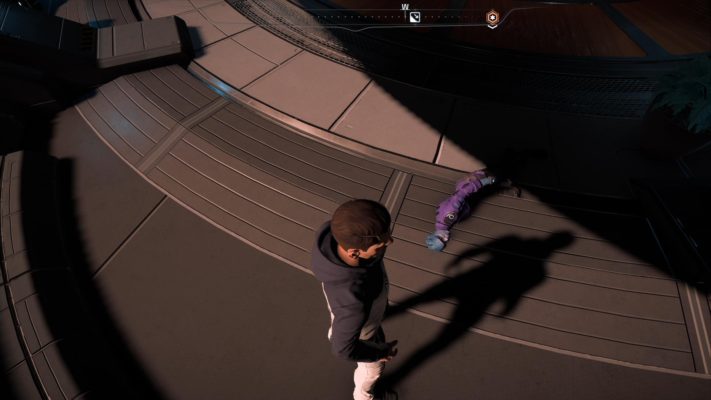 10. Sunbursts. You know the effect that occurs when your eyes need to adjust to the light or dark? Well BioWare put that in here, but on one planet it became an annoyance. Every time you pause the game to save or whatever, exiting out of the menu will cause the screen to go incredible bright for a couple seconds as “your” eyes adapt. Well, for whatever reason, that effect continued to multiply in time, with the effect refusing to go away for around twenty seconds after you get out of the menu. My eyes were searing. 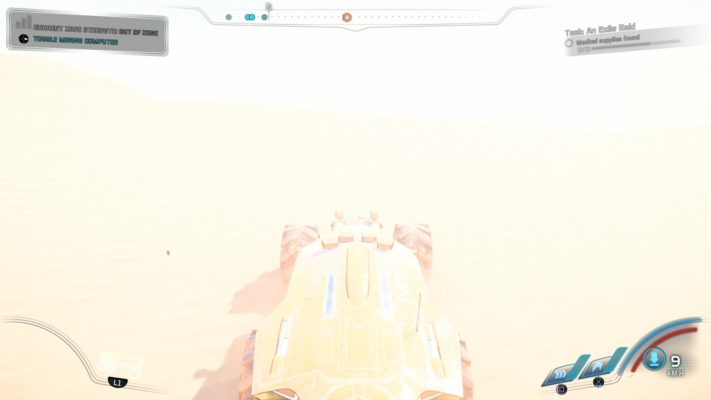 11. High-res textures refusing to load. This I feel like I’m completely stuck with now. At some point, my textures on Ryder’s face and his teammates are just refusing the load. It’s as if I’m looking at an early Xbox 360 game. 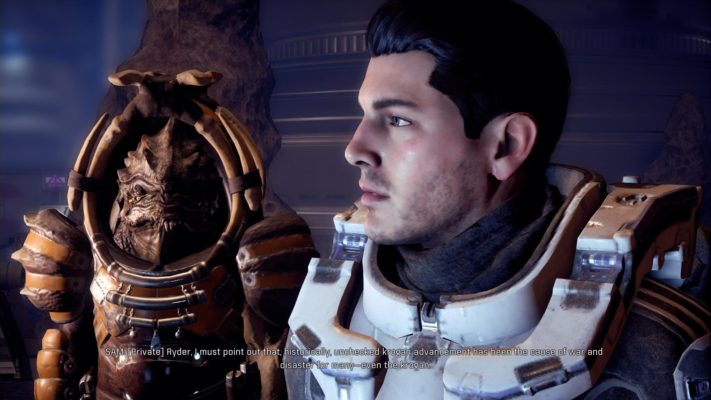 12. Boss Glitches. There are a handful of bosses in Andromeda, be it optional or through a story mission. We encountered one of the more annoying glitches where one of the few Remnant Architect fights completely glitched. When it went up into the air to move to a new location, it seemed to have got caught on something and refused to come down. Considering this can be a long and intense fight, and this happening on the final part, it caused nothing but frustration to have to restart. 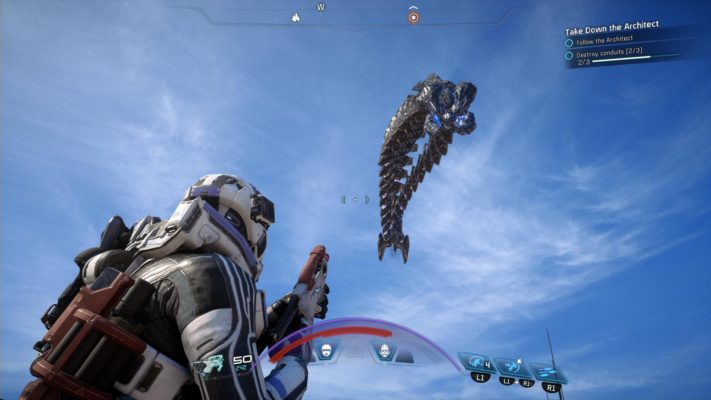 13. Probing gone wrong. This happened more times than not, but when we sent out a probe to an asteroid or anomaly in space, the camera would zoom in automatically and be completely stuck. Control was completely stripped away and a restart of the game was required. After coming back into the game, our health took quite a large hit, only for us to come to the conclusion that we accidentally jettisoned Ryder into space. 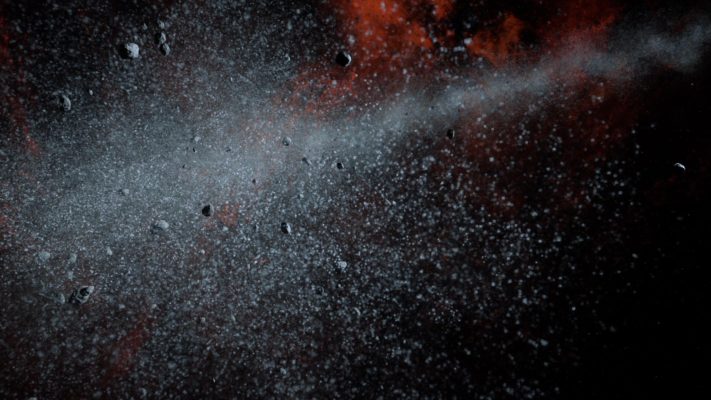 14. Completely broken scenes. This happened twice on our journey and it’s completely baffling. Just watch the video for the complete craziness.

15. Miscellaneous. Unfortunately, we weren’t able to capture all of the glitches, but we may as well list the remaining issues we ran into. We had our head basically twisting off during a conversation. Weird animations from NPCs during conversations. In the Tempest, sometimes doors and the rooms refused to load, only showing space. Sections of the world seemed to have geometry that probably was meant to be taken out as we drove through it only to find a mission barrier. Shadowing would occasionally break, causing a horizontal line across a character’s face. Events wouldn’t trigger. Consoles that progressed a mission were missing. NPCs and enemies would turn invisible.

That’s all we can think of off the top of our heads. If you have found any yourself, please share it in comments section below!