Remember when we reported on Narita Boy and suggested that a good chunk of you may be rolling your eyes over yet another ’80s-inspired retro action game with hi-bit graphics and neon color schemes? Well, now there’s a chance that your eyes may roll back so far enough to view the back of your brain at first, but trust us, it’s worth it. Phantom Trigger is tinyBuild’s latest surprise, made with the help of developers BreadTeam, and it is quite the neon-soaked beast indeed…not to mention quite the challenging game as well, one that well surely slam you down in every turn, but in the good, Dark Souls kind of way. 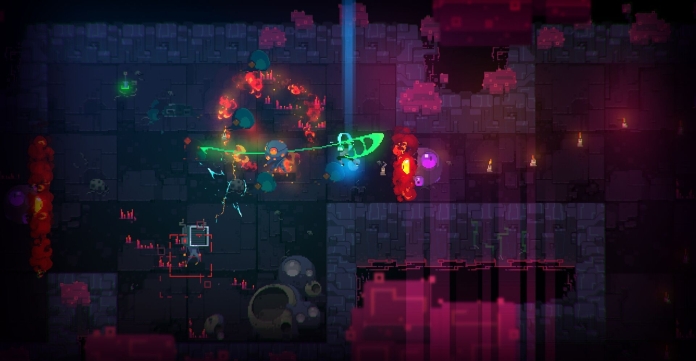 Let’s get the obvious part out of the way: Phantom Trigger is absolutely drop-dead gorgeous. The animation is fluid, the scenery is dripping with style, the colors pop at every turn, and the character design is incredible, including surreal enemies made out of the likes of what can only be described as bizarre walking blobs and sentient air conditioners. Said enemies will still naturally put up a fight, though, and this is where the game shows its hardcore traits. As simple as they may seem, it can become easy for enemies to overwhelm you a bit, and that’s where you need to pay special attention to the chaos around you and figure out which attack is best suited for which enemy.

For example, one enemy shoots massive laser beams from a distance, so you have to use your laser whip to bring them closer to you and deliver a beatdown. Another may require close combat and heavy hit-and-run moves. And this is after you even unlock these abilities in the first place, which are also the key to getting through certain sections of levels that would be blocked off. The level design itself is quite impressive, allowing for a lot of areas to explore, though one may worry about the distance between checkpoints (which also seem to be the only method of refilling health as well). But even with that in play, again, the combat is always tough but fair, testing your combo skills and general battle aptitude to the fullest. 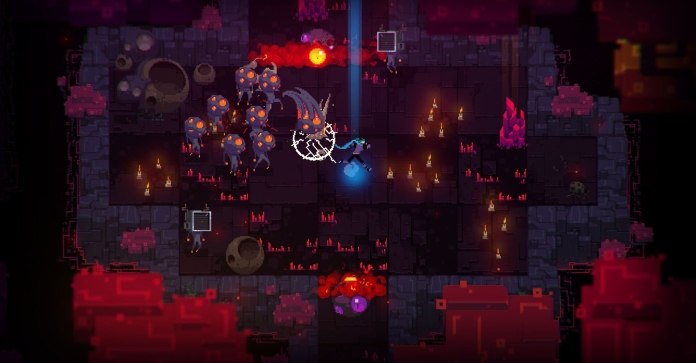 As mentioned back when the game was first announced, comparisons to Hyper Light Drifter are inevitable (tinyBuild CEO Alex Nichiporchik even said that people will be making them anyway, so why bother being subtle about it), but there are some notable differences. For one, Phantom Trigger has a larger emphasis on combos to unlock and learn, which as mentioned, are the key to victory. The demo that we had features a majority of them already unlocked, which utilized some simple three-button sequences to get the right string of moves together for some special effects. Execute one correctly, and you can freeze an enemy in a block of ice. Another allows for a dash that leaves a trail of fire behind, applying burn effects to any enemies that touch it. Fun stuff to experiment with indeed.

The other main difference is that Phantom Trigger’s narrative isn’t as quite as straightforward as its setting suggests. Halfway through this journey inside of a fantasy/sci-fi worked drenched in bright colors, the screen began to flicker, and we suddenly cut away to a scene in an office, where a man and a woman are discussing an operation with a doctor. Combine that with the scene at the end of the initial trailer where we see a person in a psychiatrist’s office having no memory of themselves, and intrigue has definitely been created. Is this a case of different dimensions, or is it all in our head? It’s a mystery worth fighting to the end for. 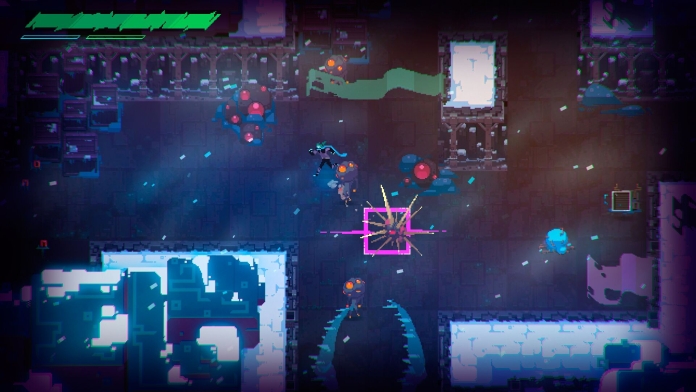 Phantom Trigger may seem a bit familiar in certain areas on the surface, but it’s still a genuine surprise, delivering a ball-busting yet fun piece of action with an eye-pleasing ’80s style and a captivating plot and combo-filled combat. With multiple endings and various roguelike elements, it appears as though this is a game with a high amount of replayability, which is always welcome. Phantom Trigger should be hitting PCs this Summer, and it definitely appears to be a surreal ride worth taking.