The “simulation” market is one of both niche taste but undeniably high levels of ridicule by both those outside the bubble but also those deeply embedded. It’s not hard not to take towards certain sub-sets like the Farming line (to avoid pulling out an even more ridiculous entrant, so as to not offer up any figurative tar and accompanying brush) and double-take over the notion these games are still…still…ongoing. Going so much that they’re clearly churning a healthy profit so as to deserve current-gen billing right across the spectrum of platform. And not just confined to the weird but often wonderful realm of PC’s digital retail.

But that’s precisely why we need to take a step-back: to remember that for every forklift or airport or German bus driving (yes, that is a thing) experience, the simulation genre has also given us city-building, everyday life in the suburbs (and beyond) and now, the tactile sport of hunting. Granted there’ve been a plethora of hunting simulators released across the past few generations of platforms, but the no-nonsense naming of developer Neopica’s Hunting Simulator is not simply a commercial-adept simplifying of what’s to be expected. There’s actually a fitting reasoning behind Neopica’s choice of title, or lack thereof as you might perceive, for just how fortunately devoid a title of this ilk is with all the unnecessary specifics that a contemporary simulator is chock full of. Often as a way to detract from its usually oblique but dry sense of presentation. 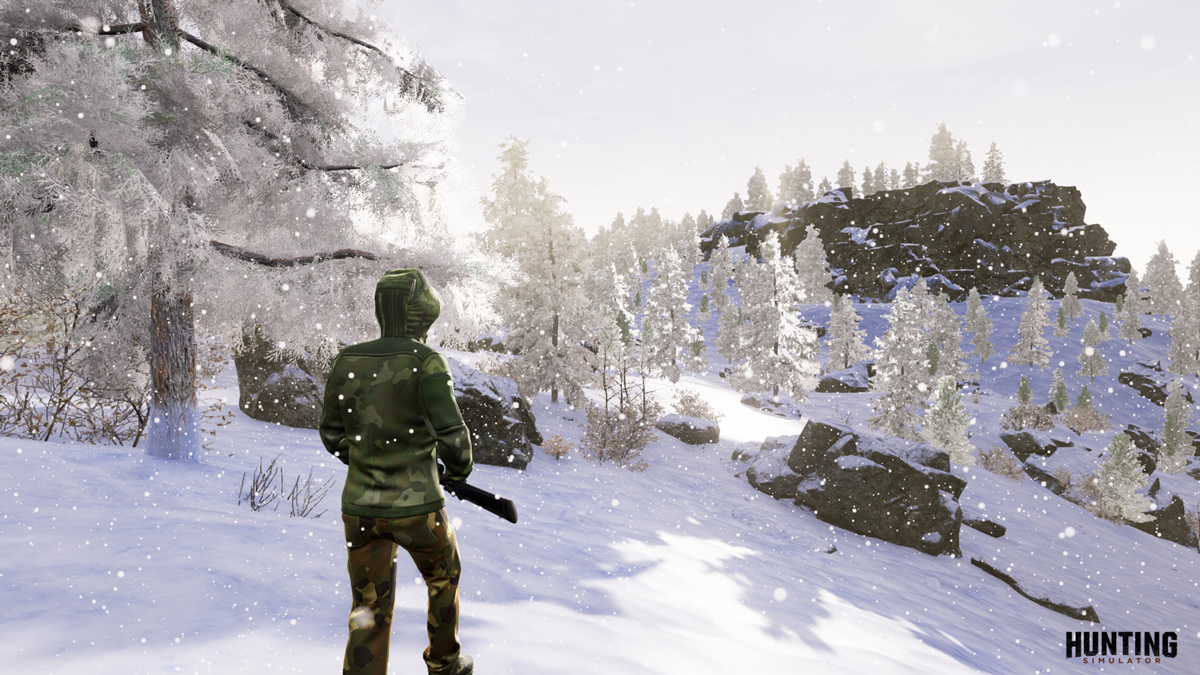 Though the build I managed to get hands-on with, was not without its fair share of dodgy animation in some instances and unreactive gameplay triggers the next, Hunting Simulator already shows itself as a title that isn’t afraid to borrow (or otherwise take entirely) from other genres and titles that may well fit the mold of its generally open environment-focused, objective-based, exploration-centered structure in most parts. And it’s better because of it; blatantly taking such things as the progressively-aware AI senses during more stealthier sections or even Sniper Elite‘s notable bullet cam is no bad thing. Ultimately ending up with a game that provides players with a concept — again, one that even in the real World is a niche hobby — that actually has a fair amount of enticing steps to its looping rhythm of scouting and hunting.

Whether it’s figuring out the direction of wind, masking one’s scent so as to not alert nearby prey — both mechanics even playing into one another to highlight the necessity of stealth in a game such as this — or simply deciding when/where best to take your shot, Hunting Simulator’s assemble of steps and procedures are no less satisfying to get right as they are gratifying in working out with little more than the items you bring with you into one of the game’s dozen environments — each with their own unique ecosystem, geometry of design and set of animals to claim as your prize. And while the intelligence of some animals, at least at this phase/state of the game’s development, does lend itself to a little head-scratching on the player’s part, there’s at the very least a sensible amount of awareness and survivalist attitude too should players get too close or let off a misfire or two. 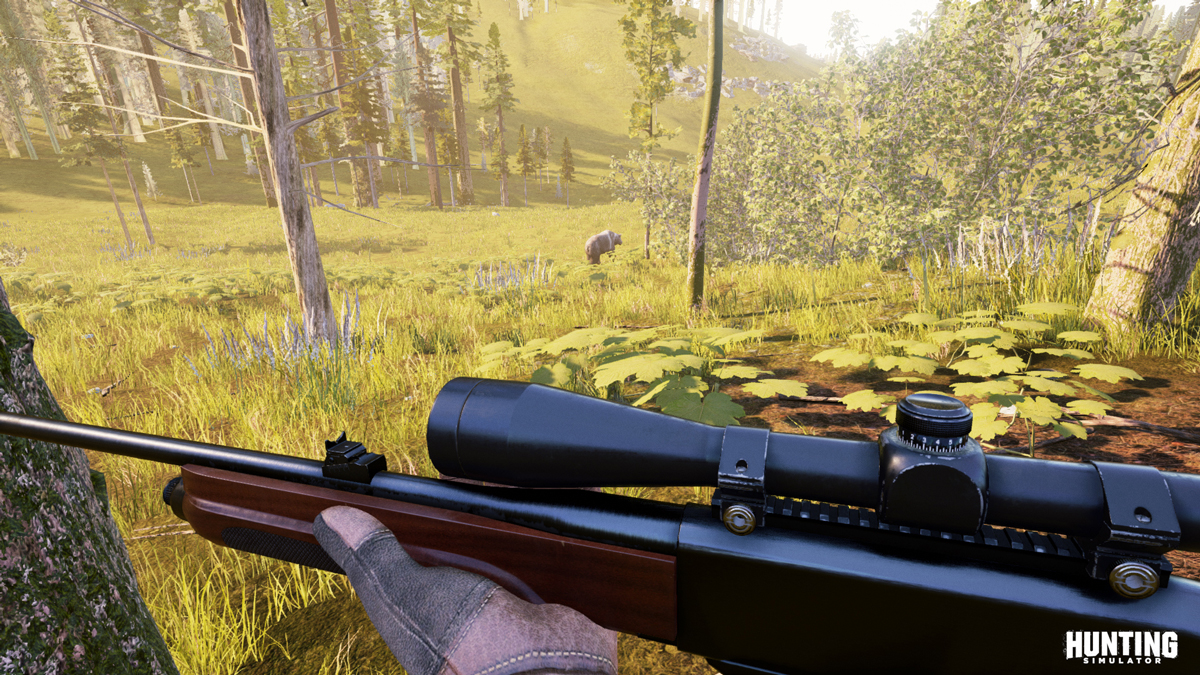 Perhaps it’s the lack of the noted dry depth you’d often find in a modern-day “simulation”, bizarrely, that gives Hunting Simulator’s basic-built premise a positive notion. That instead of clogging up the system with some faux resemblance of being an avid hunter outside of the moment and going through the mundane motions of getting dressed for the occasion, players are instead placed within the very act of hunting — taking from both shooting and open-World leaning standards to craft a game that, in all honesty, just doesn’t take itself too seriously or even too literally. Put simply: there’s very little to joke about or otherwise make fun of here and yet the game is still efficiently focused on its chosen hobby/past-time, the gameplay inclusions make perfect, entertaining sense. Of course there are some obvious bugs to fix here and there, but the way Neopica have made Hunting Simulator so un-Simulator, by today’s standards, is commendable.