It’s been proven that procedurally-generated games are no bad thing. Yes there are some (quite a few actually) out there that don’t quite nail the concept. Or rather they do and instead rely too heavily on the system for lack of any other worthwhile system in place that’s been intentionally, uniquely created by the developer/studio themselves. It’s all a matter of how you integrate the idea of an environment “created right there-and-then” — spinning it as a unique scenario or not — alongside everything else going on. You might think a game like Deep Rock Galactic may well be signing its own death warrant, especially with how Denmark-based developers Ghost Ship Games incorporate not one but two of the biggest blatant banes (intentional alliteration there) the “oh-so pretentious” indie community uses during development. The other “bane” in question being an overly-polygonal art-style and aesthetic.

So let’s cut out all the online ramblings and nonsense straight-away and get to the point: Deep Rock Galactic, thankfully (because while not as vulgar, I do throw up skepticism and ocassional disappointment at the reliance on procedural generation from time to time) make this ominously-prevalent mechanic actually work. Not because it indeed garners unique experiences or any of that jazz; its premise surrounding going into hostile, galaxy-spanning, subterranean territories to mine for resources…quite literally…does indeed often result in the same degree of flow and progression for players. Rather, what Ghost Ship do so well at, much like how Pixel Titans are doing so well at with their own procedural offering a la Strafe not to mention already-released games like Seraph or Don’t Starve, is allowing the algorithms to nestle in the backdrop and letting the other more prominent features of the game to come to the forefront. And, more importantly, shine as a result. 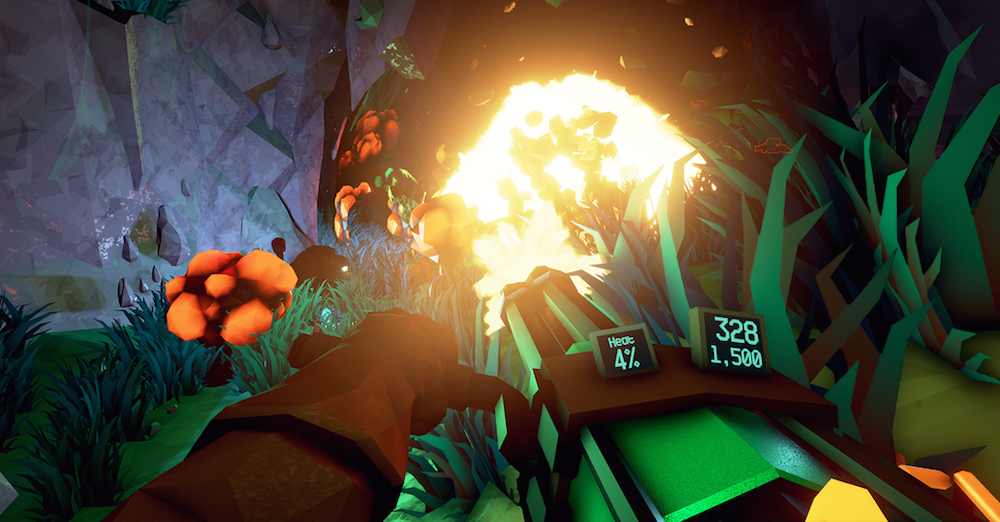 As noted, Deep Rock Galactic‘s actual mission and objective-based style of play doesn’t deviate that wildly from the four-player, co-operative standard when you look at it in its most basic components. Find x, retrieve x, get a certain number of x, leave. Of course if we left it at that, the game wouldn’t sound as enticing or as interesting as it actually ends up becoming. What the game does beyond that – pertaining to both the need for engagement as well as the need for player-purpose – comes in the form of the different character types/builds and how they not only provide a decent variety of skills/traits, but also end up relying on one another’s abilities (or rather player’s own usage of such) in order to achieve the set goal in question.

While most of my time playing the game was indeed spent mining for resources, not all materials are so easily reachable or otherwise located in simple locations – often requiring my fellow team-mates’ offensive/defensive/supportive skill-sets and/or my own class’ grappling hook, for example, in order to reach a location or subsequently vacate a emergent predicament. The predicament being the hostile aliens that crop up as you slowly make your way deeper and deeper into the game’s enclosed, subterranean regions – the smallest of natural or artificial lighting giving the game’s stylized geometric look an odd yet enticing juxtapose of vibrancy and semi-abstract silliness. Come on (and before I forget): you’re playing as space dwarves after all. Yet the game’s quirky conflict of first-person tactics and its chosen aesthetic end up managing to find a common middle-ground that ends up keeping the gameplay feeling fresh but, critically, focused on players maintaining a good strategy throughout. 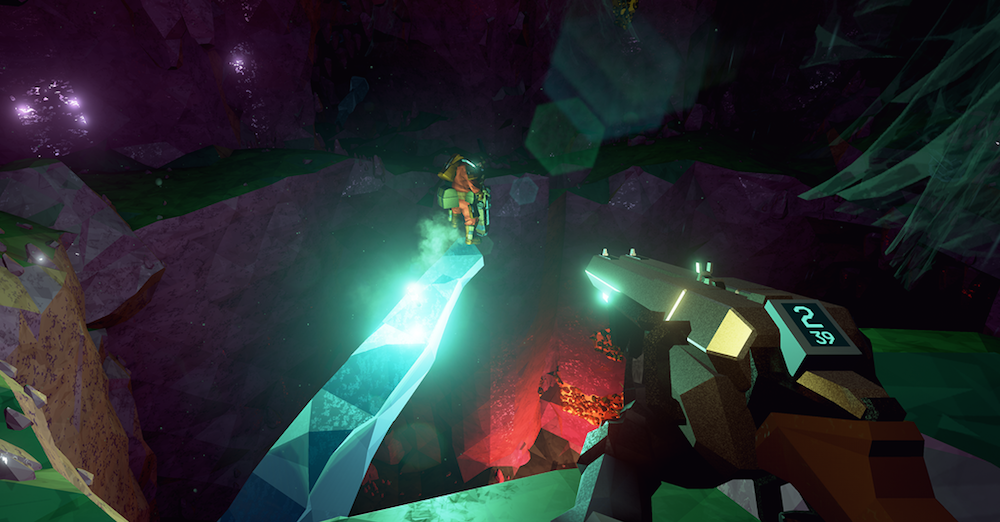 Rarely was there a point where, for someone who’s lived to be as inept or perhaps as uninterested in the online co-op festivities, not to mention was put in the position of relying on mouse-and-keyboard input (oh God) for the sake of the demo itself, I felt like I was just lucking out or relying on my team-mates to carry me through. Or…most importantly…that they could succeed without my own supportive input, be it my class’ ability to request ammo drops or simply providing cover-fire against another wave of enemies more powerful or just different to the ones before. It’s one thing for Deep Rock Galactic to deliberately structure itself around genuinely co-operative means of play, it’s another more positive thing to note how accessible yet fluent Ghost Ship’s teaching players this mentality — not to mention providing an interface that’s relatively easy to access — is.

It’s gotta say something when someone like myself, who is generally put off by the very idea of macro commands and navigating between preset skills/traits (rather than just shooting/exploring/genuinely playing the game itself) finds this particular effort one that not so much caters to my particular crowd, but provides enough tactical depth and accessibility to please everyone. It should come as no surprise though; Deep Rock Galactic isn’t the only game as of late to have its take on co-operative multiplayer [possibly] win me over yet what Ghost Ship do differently here is allowing its procedural environments work as accompaniments to the core gameplay on show. Meaning, as a result, the whole “but it’s still procedurally-generated” argument becomes less a concern and more a subtle inclusion. This could be considered praise for how the developer use lighting and tone to detract from the game’s back-end programming, in order to make its polygonal art-style genuinely enticing. 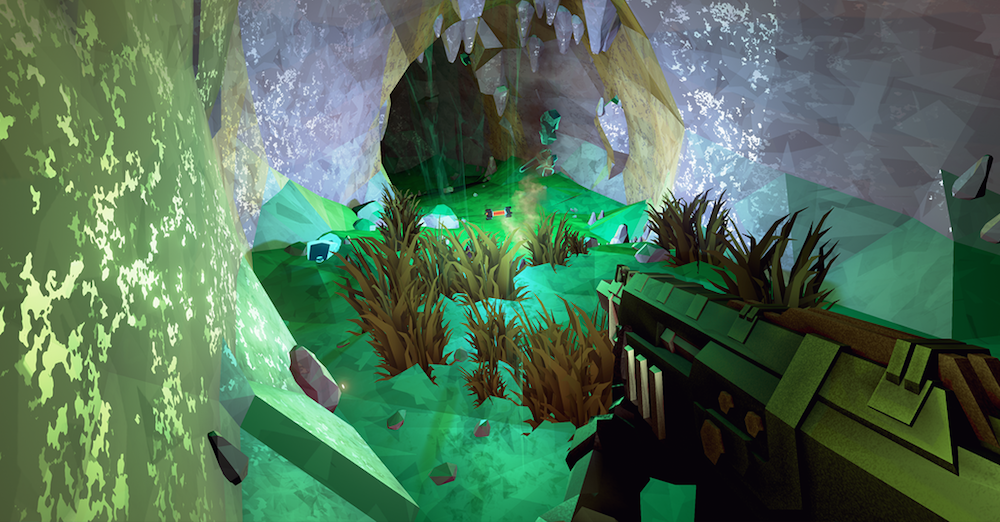 The way I see it, Deep Rock Galactic is but one more example of how procedurally-generated games can not just work but actually benefit a game when treated as a component of a much greater whole rather than the driving gimmick governing everything else. Ghost Ship Games’ efforts then are as much about the strategy of its gameplay as much as it’s soaking one’s self into the environments…before frantically running like hell to escape once the necessary objectives are completed. Procedural mechanics are in need of some good PR, if you will, as of late and Deep Rock Galactic (like Seraph, Don’t Starve or even Strafe) could be one of the next titles to offer so positive an alternative.