I loved trains when I was a kid. Absolutely loved them. Loved them to potentially anti-social/unhealthy means. The very sight of a miniaturized network of track, moving carriages and decorative models conjuring that inexplainable awe all people – as young children – can often affiliate with, but very rarely describe in relatively simple terms. You’d think a game primarily revolving around trains (an annual one while we’re at it) would speak to the child locked away in my now-adult, now-frosty, disillusioned heart…but as I’ve touched up on already, “simulators” often drain all the wonder and dabbled meddling an interest like that often brings. Leaving nothing but a dry (if realistic) look on the very thing you once deemed magical.

That’s not to say all games involving trains (no matter the degree) have conformed to the same mentality. Railway Empire certainly hasn’t done that just on pure imagery and jolly color palettes alone — its overhead, commandeering-like perspective certainly harkening back to the days of watching toy trains whizz around in their very many train-lines. And while it would be foolish to deny this a title that speaks to those same enthusiasts — be it that of a child or indeed now, whatever age — developer Gaming Minds Studios have clearly taken to their namesake pretty well. Railway Empire, for all its research and adept knowledge on the classes/perks/traits of certain models and carriages, is also the type of simulated RTS with more than enough gameplay mechanics in place for non-enthusiasts to “get” when treated outside of its specifics and seen as just one more strategy title to involve one’s self in. 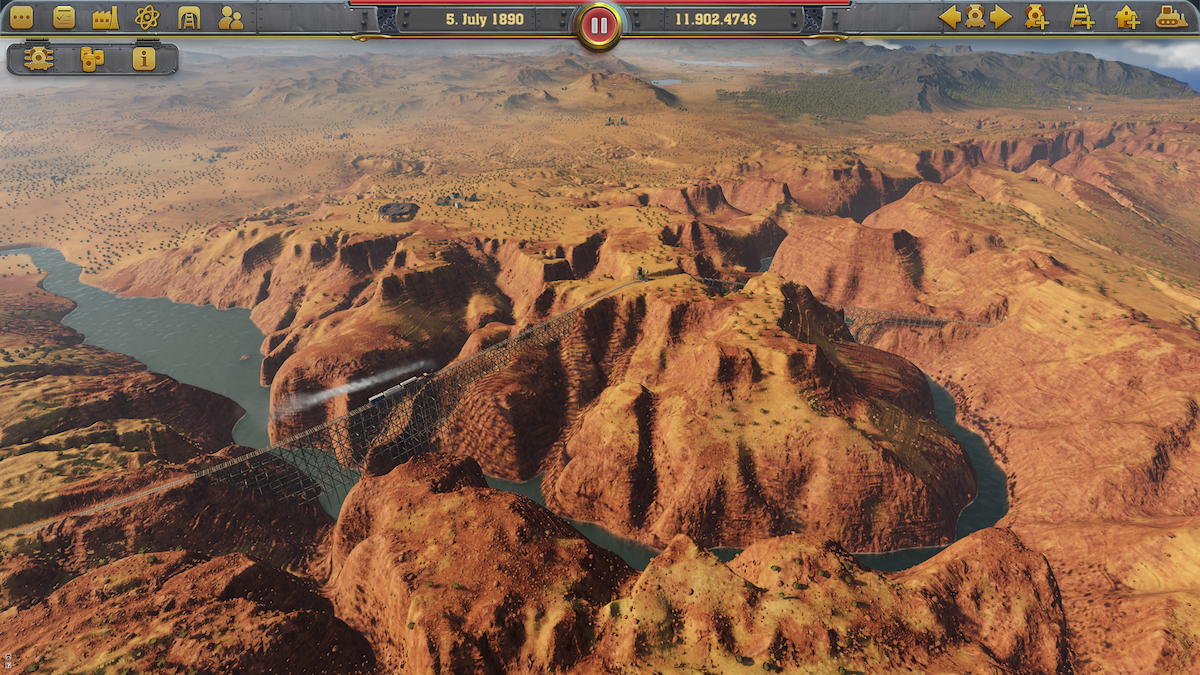 The “one more” notion isn’t derogatory of course. Far from it; Railway Empire‘s ease of access for even the most confounded of people is actually what stands out more than the ample assembly of locomotives and wagons that players will come to unlock as they trail their business through the era that was America’s circa-1830 Industrial Revolution and beyond. Providing players with the opportunity to invest in new technologies too, it’s a game that makes the point at clearly focusing on other areas aside from simply what’s the most powerful and/or expensive in order to not just meet demands/objectives, but simply secure a financial comfort zone as the in-game time transpires and NPC/locale demands grow evermore.

Yet it’s the way Railway Empire cleverly, subtly, proves the need to think long-term financially (as well as, if not as a direct alternative to, the short-term gain). Will building a bridge over mountainous terrain or a lake — and where specifically you construct one over what may be a bending/winding region with differing breadths — prove more costly than simply going around it? What’s more, which of these locales you end up interconnecting and providing an efficient network for, do you prioritise and by how much? Railway Empire isn’t simply a game you can do mental, number-crunching arithmetic over; the little details such as the conditions of certain environments — the game’s intention is to cover the whole width of America after all — or even the potentially moral questions one has to ask, pertaining to what you do about rival factions and how far you’re willing to go to maintain corporate dominance. 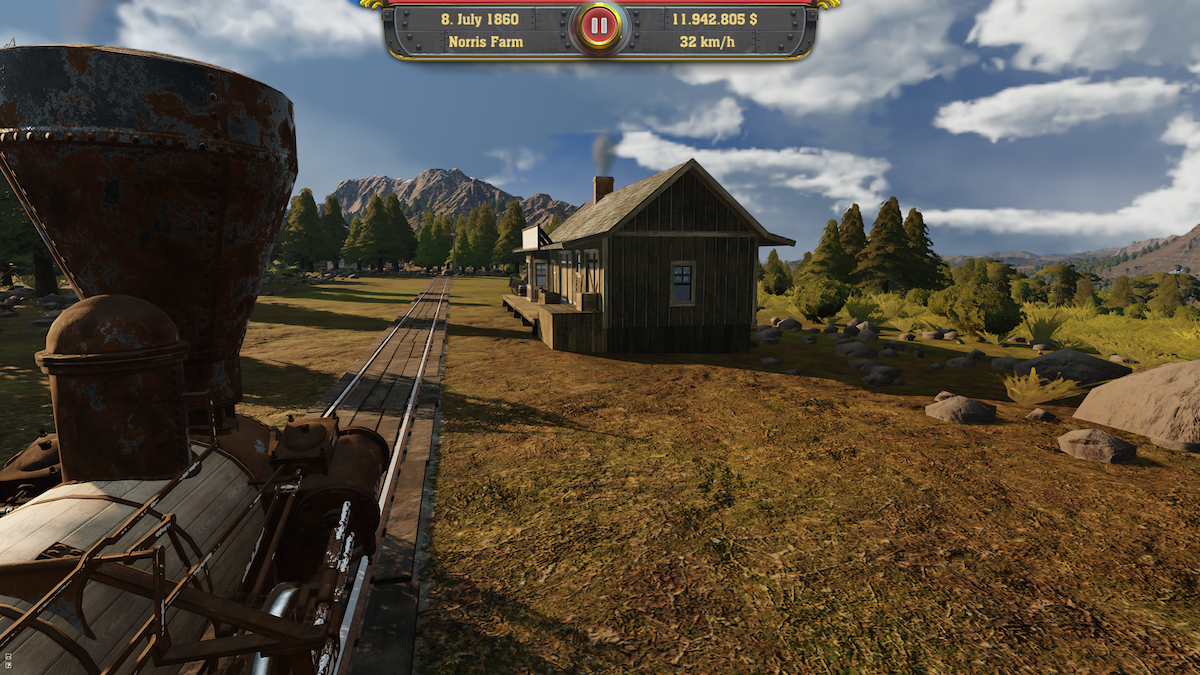 For all its charm and its welcome necessity to base its rules on cost and such risk-reward systems, Gaming Minds’ biggest plus — just from the hands-off demonstrations alone — is how diverse Railway Empire’s questioning its players’ commitment to the main objective truly is. Naturally there will be players who are more than happy to disregard moral righteousness and take to screwing over the fictional rival factions/groups/businesses as if it were second nature. Yet there will also be those, like me, who take to the ground-level — if somewhat casually charming — mode of following/riding your trains as they travel across American land between destinations…and see this, more importantly, as a game (as much a studio) who are happy and indeed capable of integrating these different gameplay perspectives. But above all else, still having that lingering pre-caution that at the end of the day, this is still an RTS. An RTS built with short-term decisions that ultimately effect the long-term focus.

And that’s why Railway Empire is as captivating (in concept) as it is. Beyond the childish nostalgia and wide-eyed amazement that a single-digit aged boy or girl would perhaps use as their fuel for desire. It’s perhaps undeniable that Gaming Minds’ decision to keep to the genre tradition of an overhead, deity-styled (or in this case CEO-styled) presentation/perspective, could be considered a tug on those most youthful of heart-strings. But above all else, what players and/or fans of the RTS philosophy will find is a title that is nearly always asking questions of the player taking charge. Always advising those of us to consider everything before proceeding, to actually consider (and maybe reconsider) whether or not you can indeed afford a better station, or an extension of track or indeed an upgrade or two. Less ends justifying the means, more does the risk of a loss justify the reward, hopefully, of a more secure railway empire of your own. And this most permeating of questions is perhaps Railway Empire‘s biggest potential strength when it launches later this year for PS4, Xbox One and PC.