Like ‘em or loathe ‘em, the “hero shooter” — if you’re in desperate need to categorize this recent flock (a successful flock admittedly) of shooter games — is here to stay. And not just stay, but grow; grow enormously with developers and studios of all shapes/sizes either helping to push the commercial success of the genre or, what entices me personally, helping to refine or alter the formula in differing, hopefully interesting ways. But of course, they don’t have to conform to the same first-person, on-the-ground perspective. Some may even want to take from other lucratively-popular, lucratively-commercial genres such as the beloved MOBA, not so much as an excuse or lack of a defined direction, but because it allows this now-established style of play to be seen — as much played — in an entirely new light.

Games of Glory is coming up to its second full year in Early Access with a fully-fledged build to launch as a free-to-play title on both PS4 & PC sometime this year. And while developer Lightbulb Crew distinctive MOBA-like approach to this direction of the beloved shooter doesn’t lend itself to the same distinctive World maps or engrossing environments, Games of Glory can’t be faulted for finding an interesting manner to explain why fighters of varying species are off beating and shooting each other to pieces. After all, you’re playing as “clones” of said species and not the real thing. What’s more, you’re fighting not for some greater good or derived purpose — though the subtle back-stories of each fighter to be dug up and looked at, as you would expect, would suggest something more — but instead purely to entertain both the masses and the grand authoritarian presence that seeks to maintain his control over the game’s fictional galaxy. So just like real-life essentially. 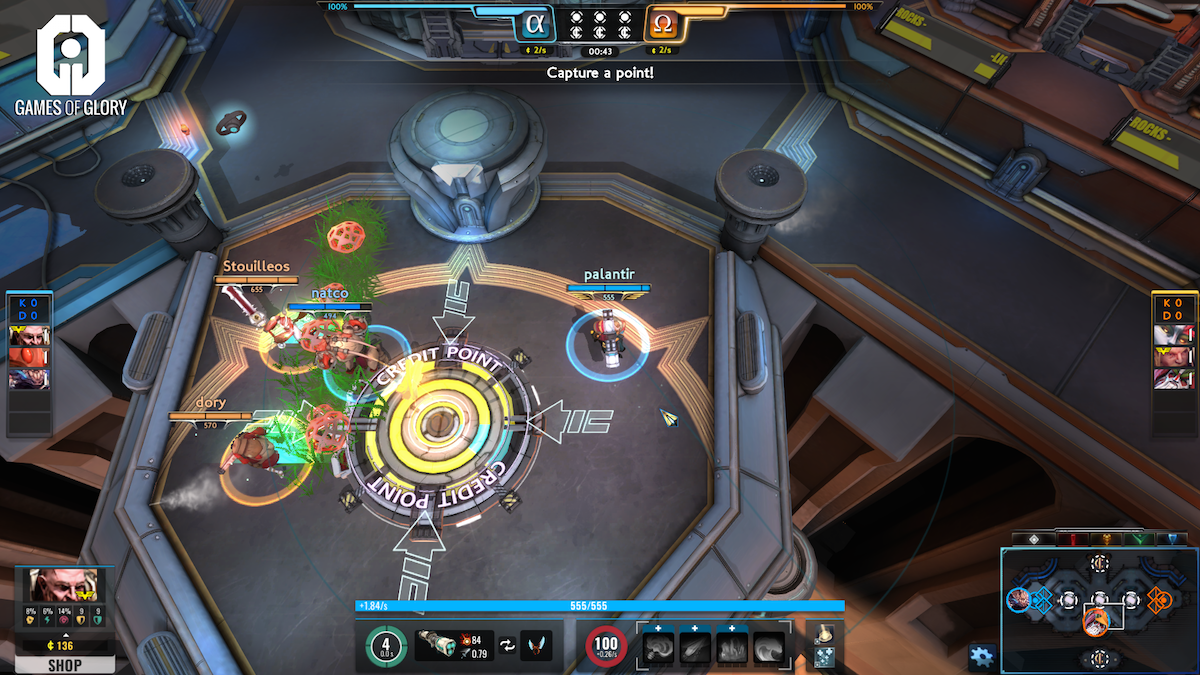 Naturally, all manner of plot, story or narrative becomes a secondary option to what is the primary focus of twin-stick shooter/melee combat comprised of, at this point in time, two game modes and a training area. The two competitive offerings being Dominion — playing out as a familiar territory-focused, objective-based mode — as well as Superstar which, admittedly, is the more interesting of the two. Once of course you look past the recognisable premise of protecting an assigned asset. Only here the protected — the Superstar — comes in the form of a randomly selected member of each team with the objective to take out the other teams’ Superstar and thus claim a victory. While the act of defending a moving, mobile asset is nothing new — something of which even the mightiest of FPS hitters like Call of Duty or Battlefield have even implemented for themselves — what’s unique (and perhaps interesting to dissect) is the fact that the opponent team doesn’t show up on one’s screen until you’re close enough to engage.

Up until that point, Superstar carves out a pretty interesting, potentially anxious, uncertainty in players’ minds. Much like some perilous one-on-one in any form of shooter, is it you whom makes the first blatant move, or do you leave it to your opponent to, hopefully, leave themselves open to the same degree of vulnerability? A bizarre tweak to the formula you might think — disabling an opponent’s visibility until it’s too late. But given how this type of real-time, overhead combat can often descend into frantic button-mashing desperation (and it certainly does come to that eventually), that preliminary careful stride within any one of the game’s symmetrical arenas — arenas that decide, structurally, to go against the three-lane, choke-point standard of multiplayer maps as of late — offers a nice conflict of slow and fast means of gameplay. One minute careful maybe overly-cautious tactics, the next it’s a chaotic ability-based, brawl that can either be balanced (1v1) to totally unbalanced (2v1, 3v1 even). 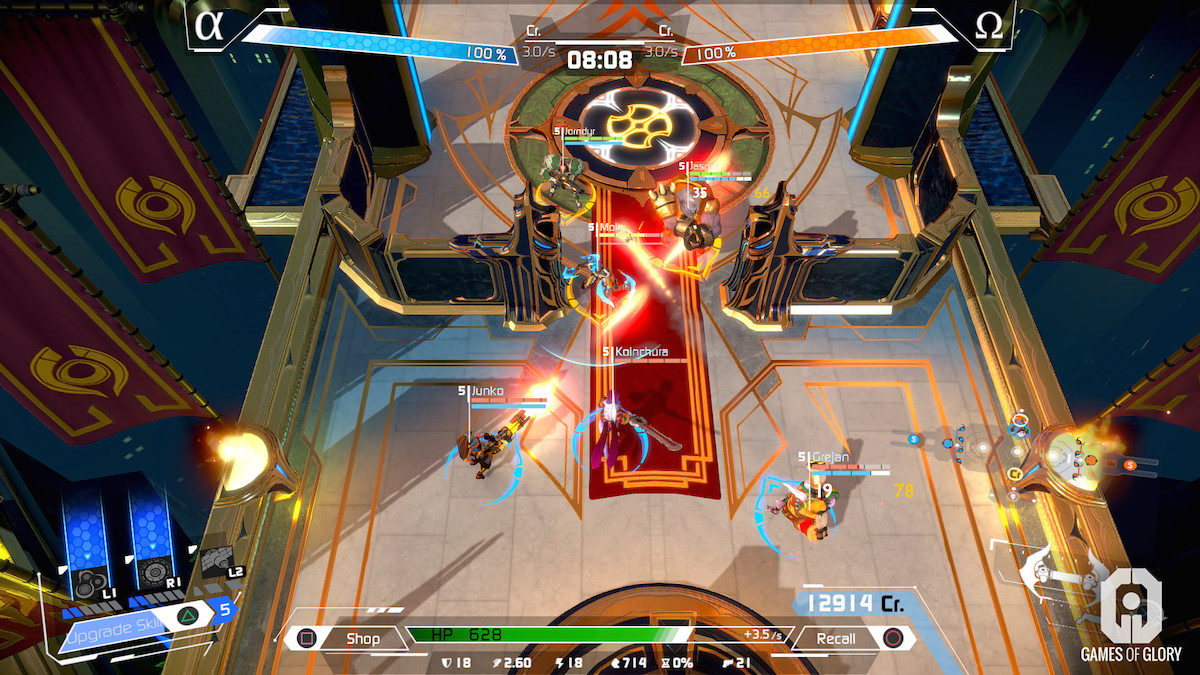 Better still, while each of the game’s clones do come with their own distinctive traits and skills — pertaining to more than just their certain character class — the weapons and equipment available to the player isn’t limited to who they’re currently using. Each item and weapon can be equipped by any one character; affected only by how each clones’ own physical characteristics and perks come into play when finalising how strong/weak certain items end up being. Weapons, naturally, can be upgraded and modified over time but Games of Glory reinforces the need and importance to focus one’s play-style around the characters themselves, rather than the actual offensive means of the items on show.

Which is a definite plus; any game that immediately tries to cut out any potential exploiting of in-depth, statistical values in guns or buffs, is a good sign. But above all else, Lightbulb Crew aren’t simply conforming to the idea that these kind of shooters have to be primarily first-person. That they themselves can work from other perspectives and other planes. And, as stated, can throw up an interestingly perilous shift in play-style, albeit for a brief time.