Coming straight out of Melbourne from the development team of The Voxel Agents, The Gardens Between garnered a lot of initial attention due to its eye-catching visual style, dreamlike landscapes and hints at a particularly deep story exploring the themes of childhood as our two heroes — Arina and Frendt — navigate a series of islands, creating constellations along the way. It’s the type of indie game that suggests a complex narrative at its core, and one look at it bring to mind a puzzle/adventure game of some sort where to have to perform some tricky maneuvers to reach each goal. That is the case indeed, but those tricky maneuvers? They’re done with but a mere two directions and one button. 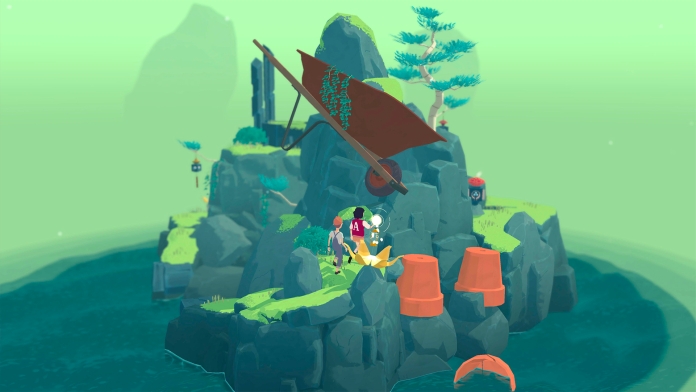 Yes, quite uniquely, The Gardens Between uses the near-bare minimum amount of controls needed for its gameplay. Basically, you’re watching a scene of the two kids moving forward where you hold down right to move things forward, hold down left to rewind, and press the A button to interact with various objects. The trick is that you need to pick up a light to put in the lantern you carry by the time you get to the end of the island’s route in order to activate a beacon, or just to activate various structures such as bridges that you need to cross. And as the light’s location is the only thing that will be altered when time is rewound or moving normally, you have to deduce just how exactly you’ll be shifting the light back and forth.

A simple example would involve, say, getting around an obstacle that steals light being directly in your path. However, you also have a robot-like creature leaping from the foreground to the background. So the solution would be to rewind to when the creature was stationary after picking up the light and giving the light to it, thus allowing it to bypass the light-stealer while you advance along the path as usual. It’s a classic puzzle that takes a few moments to figure out, but is highly satisfying to solve. The rest of the puzzles featured in the demo continued along a similar vein, and suggest that the challenge level will have some damn good brain-teasers while still being fair. 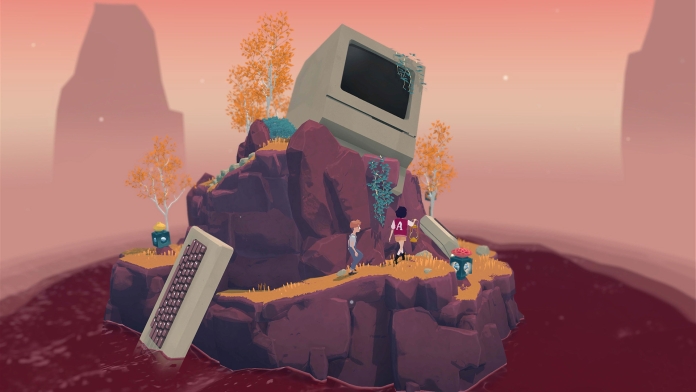 Visually, The Gardens Between is also a winner for its vibrant style, capturing an appealing little model-like 3D island. What was particularly intriguing, though, was the scenery itself. Befitting for a game where at least part of the story involves two kids playing in a treehouse, several giant versions of various backyard-themed items were strewn about the greenery on each land, from sprinklers to clotheslines to wheelbarrows. It provides a lot towards really capturing a general feeling of childhood nostalgia so perfectly, and alongside the various fantasy mechanism, provides a nice contrast.

So yes, with just a small amount of gameplay on the control side of things, The Gardens Between has still left quite the huge impression, suggesting a particularly unique puzzle experience with a captivating story at the heart of it that could end up being a definite indie smash if it plays its cards right. The game will be due out by the fourth quarter of this year for PC, so make sure to keep these mysterious islands included on your radar.