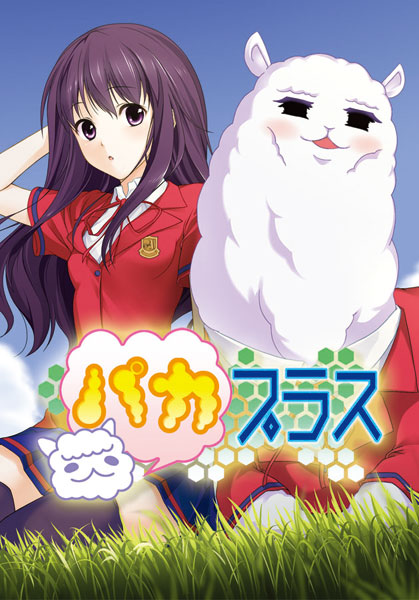 It wasn’t always the case that kooky creature romances existed within visual novels. The trend primarily kicked off with two Japanese titles in 2011 — Hatoful Boyfriend and PacaPlus. Many have heard of the former pigeon dating sim before, but far fewer gamers were aware of the latter. That’s finally set to change now that PacaPlus is making its Steam debut. This isn’t actually its first English release, though. Back in 2012 the doujin circle PacoProject translated the title themselves and released it on DLsite. The end result was a totally playable release presented with very “Engrish” text. Surprisingly, it worked quite well with the wacky scenario of dating an alpaca.

PacaPlus begins by introducing players to the sweet high school romance of Kazuma and Yukari. Kazuma is just a regular student who slacks off, likes hanging out at the arcade and chatting with friends. Yukari, who happens to be dating Kazuma, is quite different. She strives to do her best in everything, is an accomplished violinist and is an all around team player. The two have a positive relationship and share some common interests. One of the most intriguing of these is their love of alpacas. As such, Kazuma decides to celebrate Yukari’s sixteenth birthday by taking them both on a trip to the Alpaca Kingdom for a day. The alpaca farm trip is full of silly hijinks and proves to be a day that Kazuma will never forget. On the bus ride home, he awakens to find Yukari replaced by a fluffy white alpaca (still wearing her sundress)!

That’s weird enough but it seems that only Kazuma can see this ridiculous alpaca dressed in his girlfriend’s clothing. All their friends, teachers and relatives still view Yukari as the same old teenager. He desperately wants to get to the bottom of this. Unfortunately for him, school life doesn’t stop because of this totally nonsensical predicament. The class must still work on preparing for the upcoming school festival. Kazuma also needs to keep up with his part time job. As players read through PacaPlus they’ll encounter a good deal of humor as well as an occasional bit of heartfelt storytelling in at least one of the endings. 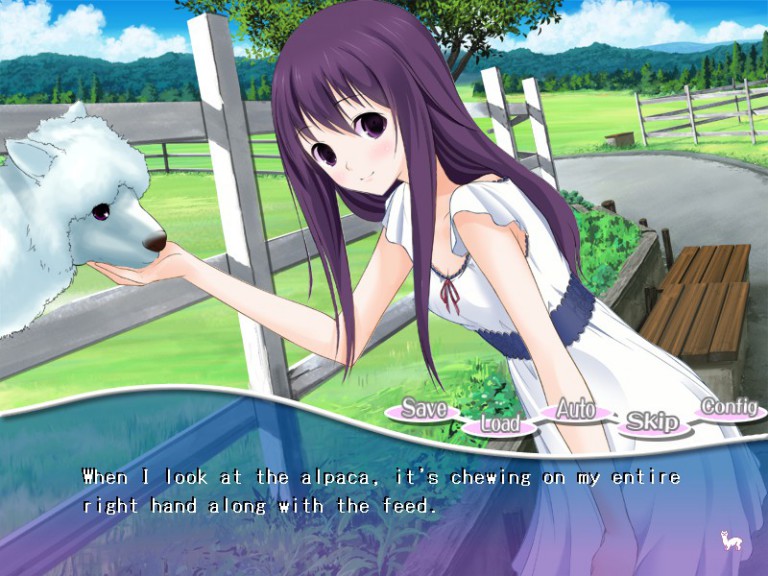 Although PacaPlus was given an updated translation for its Steam release, it doesn’t appear to be tremendously better than what existed before. Yes, there are no more typos and less hilarious confusion induced by unusual word choices and grammar in the original script. However, the writing still feels incredibly stilted and slightly “off” to English speakers. In many instances it appears that the translation was kept super close to what the circle originally translated themselves. While more authentic to the original writing, it also lessens the appeal of reading through the story. The most skilled localizations manage to remain close to the original while also giving a clear, enjoyable voice to the text in English. That’s simply not the case here.

Of course, most will likely play through PacaPlus in spite of its droll writing because of the utter absurdity of its premise. This is conveyed wonderfully through CG sequences. If you think alpaca or cute or funny in the least then you’ll adore the scenes of Alpaca-Yukari as she plays a violin or attempts to vault over a bar in P.E. Even her voice acting changes from the typical Japanese high school girl voice you might hear in anime to a mix between student and weird animal voice. It’s a shame protagonist Kazuma didn’t get any voice acting because it would’ve been great to hear him freaking out about alpaca problems. Beyond this, though, Kazuma is as average a protagonist as they come. 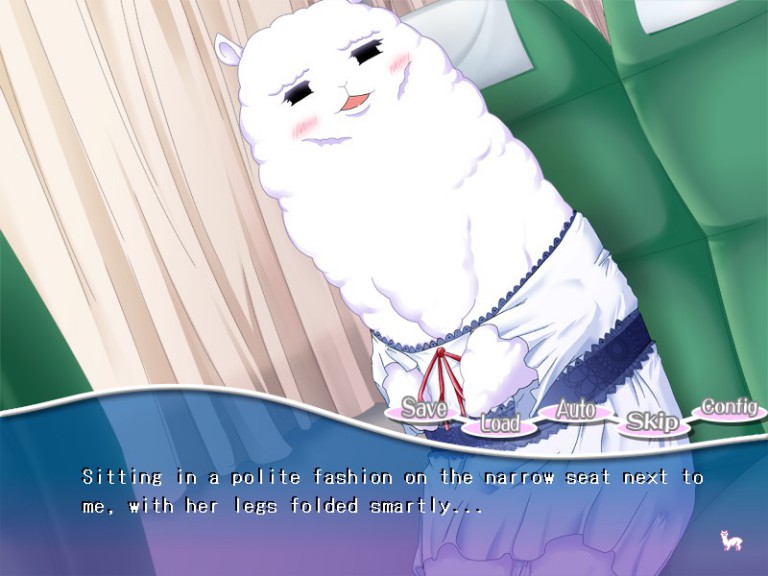 Like most quirky visual novels, PacaPlus isn’t long. A complete playthrough to attain its multiple endings should take most players anywhere from two to four hours. Once you get through the main storyline the other endings are pretty quick to collect. Simply be sure to create a save at each dialogue choice to be able to work your way quickly to other endings. Fortunately, a skip feature was included to make the process of completing it simple. It’s worth seeing all endings as they provide reasons for what happened to Yukari, as well as a totally creepy and unexpected ending in one case.

There is some technical weirdness about the game which likely exists due to the game’s age and original targeted platforms. For example, sometimes the transition animation between scenes animates mid-dialogue. This can cut off part of a sentence so you can’t read it before the scene moves on. Also, the act of creating a save state moves the dialogue ahead to its next line. This means you also might miss a bit of dialogue unintentionally. None of this is a deal breaker but they’re noticeable when they occur. 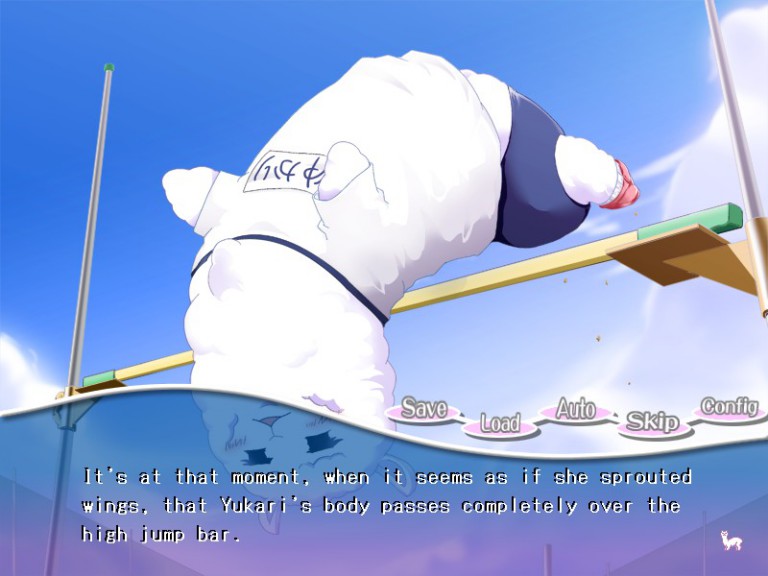 PacaPlus excels at being a strange visual novel with a girlfriend turned into a fluffy alpaca. It falters when attempting to create a tale which is joyful to read, through. With middling writing, readers will most likely find themselves playing simply because of the silly premise rather than because they care at all about Kazuma or Yukari’s plight. That’s not awful — but it would have been fantastic to see the second English version of this game offer immensely improved translation quality. Instead, we’ve got a bare-bones effort which reduces the Engrish-ness but otherwise leaves the mechanical script alone. In some respects, the game is far funnier in the PacoProject translation and as such may be worth grabbing from DLsite instead of Steam. Still, if all you need is ridiculous sequences with a goofy alpaca, PacaPlus has you covered.