After the emergence of Final Fantasy XV, many thought the game that had stumbled out of development limbo resurrected the franchise, where it surpassed over six million units in sales on the day of release, breaking a series record. There is also some stipulation that this ambitious title is not the new flag bearer for the series, but quite the opposite.

Final Fantasy is a series beloved by many for its art, story and characters, whether they started off playing Final Fantasy VII, Final Fantasy X, enthusiasts of the series have one they cherish as their holy grail. The series started with the combined efforts of director Hironobu Sakaguichi, illustrator Yoshitaka Amano, and the musician who crafted some of the series’ finest ballads, Nobuo Uematsu. What fans of the series forget is that this has changed. Those new to the series may not be aware, but the original trio who had worked on the series into the mid-90s had all left, albeit Uematsu, who worked on some Final Fantasy games after – would eventually leave to work as a freelancer. Imagine this series, built on an idea of giving players an opportunity to experience not just a simple story, but an epic journey that they would become a part of.

There are many fans of the series who may not have even heard of any of these men who crafted the series that they love, which is understandable, as the series carries on even with the original creators gone. The stories built on these epic sagas, whether the protagonist fought of a great evil became the paramount and focal point of many games. Though this has stayed prominent, where in most cases, there is a doomsday scenario, with a hero having to save humanity — there’s been a great rift in what Final Fantasy was, and what it has become. No longer are we stopping a megalomaniac in FFVII from destroying the world, or in FFVI, you not only fail to stop Kefka from destroying the world, you must make your way through a post-apocalyptic wasteland for an epic finale — but we are running around collecting items, managing skill progression trees and repeating missions with monsters that have a new skin slapped on them. 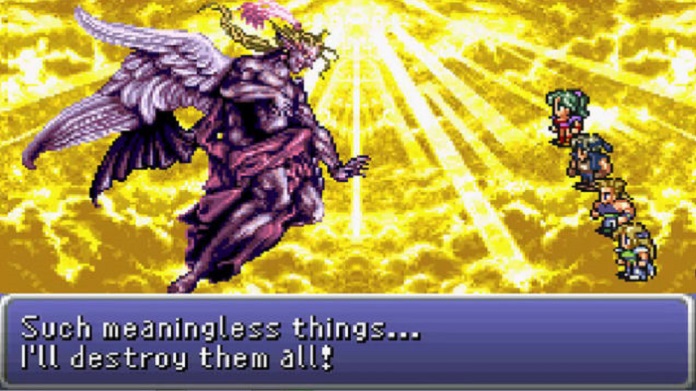 Although the series still bears the same theme of the hero’s story, where the hero first discovers themselves, and slowly we are introduced to the antagonist, the hero’s vision, and the hero accepting their fate, Final Fantasy has become what some fear is reality: art created with good intentions gone terribly wrong.

The series is less filled with mysterious protagonists, some of which are known for mystery, like Shadow from FFVI, who would become a hero late-game. In other cases, there are foul-mouthed, yet charming characters such as Barret in FFVII who could lighten a situation by overreacting and hurling curses left and right, even though a bomb was about to go off (quite literally). 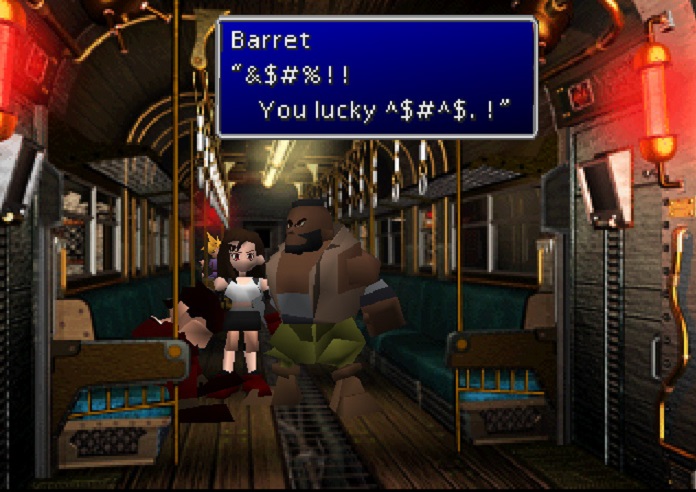 Final Fantasy games began spiraling when Square lost touch with the core of the series. A wave of off-shoots, mobile spin offs, film sequels and prequels would throw the series into sale bins at game stores everywhere. Dirge of Cerberus – the FFVII fan service was a mess, along with turning FFIV into a mobile title with sprites that look like they were made in Flash took away what makes this series special.

Taking a look at some statistics archived from geimin.net, it can be seen where the series hit an all-time low:

With the recent release of Final Fantasy XV surpassing 6 million units in sales, this doesn’t mean the series has reinvigorated itself by any means. Scantily clad, repetitive conversations plagued by the drone of driving while hunting regurgitated series monsters until plot points is not worthy of praise. Many fans herald the success of Final Fantasy XV to be the start of a new dawn for Final Fantasy VII’s Remake, which is now set to be released in episodes, is oddly giving the same faint feeling that Square is slowly building on the success of FFXV.

If we examine films, none have had as many iterations of itself as the Final Fantasy series. Though the games rarely take place within the same setting, the series has been getting shinier, brighter and filled with less plot and more collecting. Lightning Returns, similar to X-2, is filled with corridors, item collection (along with outfits), which are not what give every new iteration its purpose.

This leaves a burning question: what is Square doing? They release gorgeous work on the FFVII Remake, but with more and more dreary news, what is to be really expected? Not only is it now in episodes, Square is even changing the content of the original game. It’s a dicey topic, but removing the entire experience of having Cloud crossdress to save Tifa and Aeris takes away from the game. No — this is not an attempt at humor — this had a purpose in the game. It was comical in some moments, where both Tifa and Aeris shared remarks on how well you did at getting Cloud dressed up, but it built on who Cloud was. He was apprehensive at the idea at first, but came to realize it was the only way to save his friends. It was a tiny part of what made the game special; it was unique to the story and made players realize Cloud would do anything for his past failures. Even if it meant going against a standard. 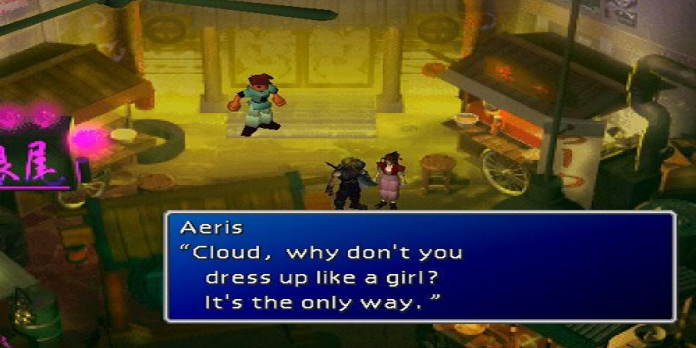 Currently, if we examine the characters of FFXV, our protagonist Noctis, isn’t quite like other protagonists of the series. He changes as the story progresses, but he lacks the personality of protagonists of old. Even looking at a title like FFX, where Tidus is a brash youth, not to mention a blitzball player. There’s always been an added charisma to the series because of small touches like this. Tidus, even without blitzball, is a dream come real, as Yuna is able to communicate with him, and his true purpose is to put an end to his father or what was left of him.

Every single game in the series tells its own tale, but that story that makes every title unique is diminishing. There’s plenty of disappointment with some fans having given up on the series entirely, having moved on and look at the series as a forgettable relative. Square could change things, however, if they simply let go.

There’s plenty of other titles that carry the spirit and style of Final Fantasy, though not bearing the same name. The Bravely Default series, though not nearly as successful, conveyed a grand story with heroes that were not personified by glitter and bikinis. Square’s new project for the Nintendo Switch, Project Octopath Traveler, seems to be hearkening back to the days of old for the Final Fantasy series.

The argument that Final Fantasy series is dead in literal terms is quite the opposite: FFXV was a booming success. Rather — there begs to question if the series is still in touch with the concept of the series being a fantasy that we can experience and remember. Or perhaps is it time for the series to give all of its fans, and even those that once yearn for the series to return to its roots, a reminder of where the games all came from by wrapping up the series as a whole with a true Final Fantasy by having its original creators come together for one last story? Or we may be left to remember whatever game in the series had stuck with us most, and use that as an elegy for a series that can be remembered for the memories it gave us.