One of the coolest toys if you grew up in the late 1980s and early 1990s were the small toys known as Micro Machines. There were many different cars to collect and the toys still sell to this day thanks to Hasbro. Along with the toys came video games. Most notably was the one released on the Sega Genesis as it featured a top-down view with fun multiplayer action. Fast forward to today and while Codemasters worked on a free-to-play mobile version, they will be releasing a true console version of the toy car game. Known as Micro Machines World Series, they partnered with Deep Silver and Hasbro and we were able to get a hands-on preview of the game at a special event.

Having Hasbro as part of the game means that players will mean players will see a lot of related content. There are boards influenced by board games such as Hungry Hungry Hippos, Ouija, and also includes Nerf-related weapons. More importantly, G.I. Joe is a part of the game. This means there will be vehicles related to the franchise present in the game. 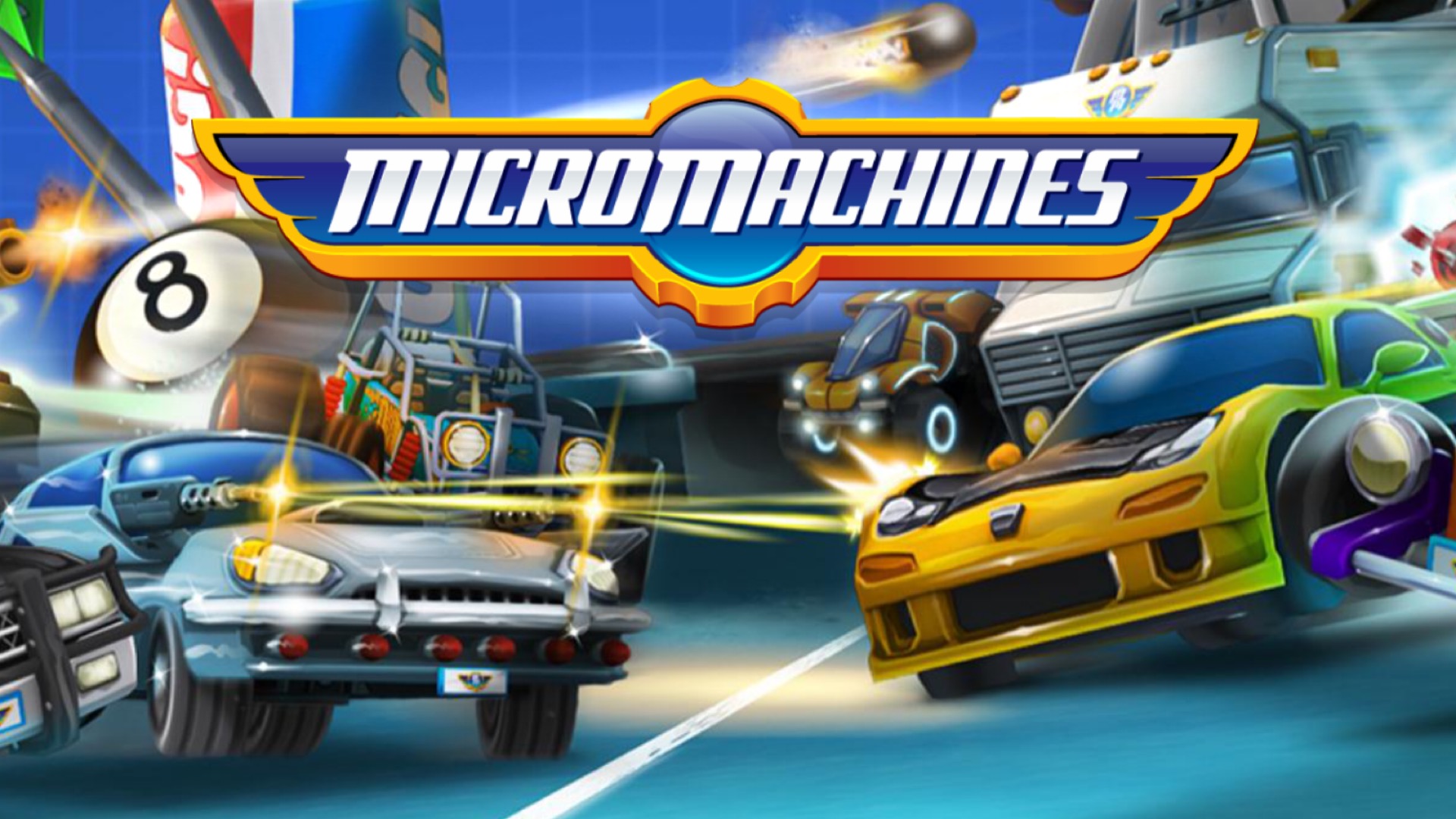 Micro Machines World Series will run on Codemasters’ EGO graphics engine, and it will look much more colorful and detailed than the mobile version. The developers have added in a sense of depth and focus to make the game feel like it is really being played with toys. The view in the game is much like the original game as it is top-down. It will feature four modes with a focus on multiplayer action. This will include local multiplayer, as the developers have a love for this type of gaming as they relate it to taking your Micro Machines to your friend’s house to play.

The game will include traditional Race and Elimination modes, but it will also introduce Team Play and a new Battle mode. We had an extreme amount of fun playing the Elimination mode, as survival comes down to being the last player on the screen. There are a target amount of survivals that have to be achieved to win the event. Race mode will simply take the player around different tracks that are table top, and the races feature weapons much like Mario Kart. The Team Play will consists of games such as King of the Hill and Capture the Flag. Lastly, the Battle mode is an arena that players will use their weapons to take down opponents. The game feels like a tiny Twisted Metal in the Battle mode.

The developers look to have a good grasp on what they are setting out to achieve in terms of providing an excellent multiplayer experience. Micro Machines World Series looks to be the type of game you play with a friend sitting next to you and while we don’t encourage violence, there might be some pushing and shoving. There was a ton of fist bumping at the event, especially during the Elimination play. The game will offer easy to use controls so that pick-up-and-play will be inviting. Micro Machines World Series will release in June on PlayStation 4, Xbox One and Windows PC.