Over the course of the last couple of years, since Splatoon’s launch, there have been numerous venues and events dedicated to competitive team-based battles for the game. In fact, it is one of Nintendo’s most talked about titles in terms of developing a professional following.

Starting April 22, the best team in the United States has a chance to win tickets to this year’s E3. First are series of qualifying rounds in Turf War mode. During the final matches, they will take place in Ranked Modes; Splat Zones, Tower Control and Rainmaker.

It is all hosted by Battlefy with the complete set of rules listed here. Check out the image below for even more details on the upcoming tournament. 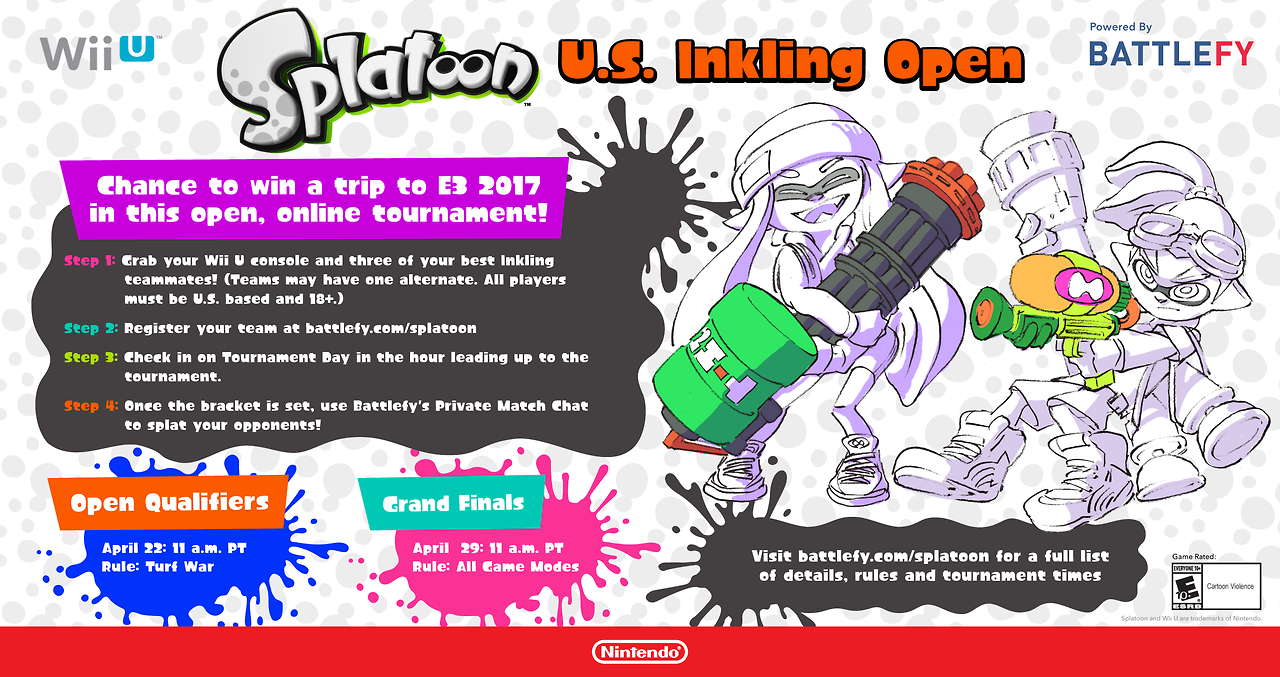