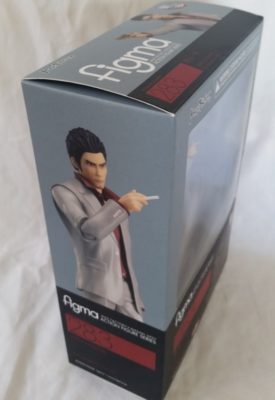 Whether you’re a long time fan of the Yakuza series or just got into it thanks to the fantastic, recently released Yakuza 0, chances are that you think protagonist Kazuma Kiryu is a total badass. It’s easy to fall in love with the character given how he manages to be deadly serious in the midst of yakuza drama, and alternately super goofy singing karaoke or becoming a disco star when the need arises. His multifaceted nature and stone-faced appearance really keeps players rooting for him throughout the series. As such, it only makes sense that there would be Kiryu merchandise available for fans.

A while back, pre-orders opened up for Figma Action Figure Series 283 – Kiryu Kazuma licensed by Sega and sculpted by Max Factory (Hiroshi Yuasa). Unfortunately, production kept getting delayed until the release finally rolled out in December 2016. The asking price was 5370 yen (approximately $47) and it has since sold out. The figure clocks in at 15 cm or 5.9 inches tall and comes with a plastic Figma base and plastic arm to help hold Kiryu in whatever position you put him in. He features articulated joints in the ankles, knees, thighs, waist, wrists, arms, shoulders, and neck so there’s a huge variety of posing potential. 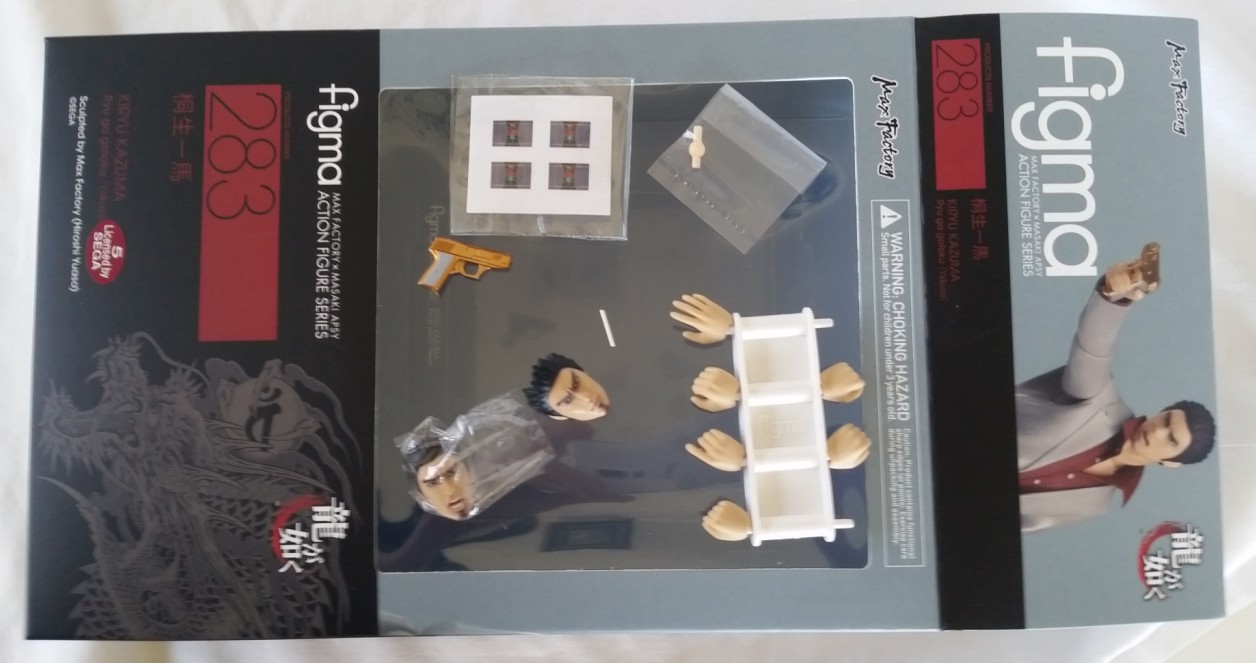 As with most other Figma, you also receive a variety of additional hands, faces, and accessories. Kiryu is no slouch in this department with four sets of hands. Three are in various grasping states and work best with the included accessories. For example, one hand very obviously depicts the trigger finger extended in order to coincide with the golden gun accessory. Other additions include not one but two tiny cigarettes (presumably in case you lose one of them) and what appears to be a stamina drink. Fans are well aware of the utility of these items in game, but it makes for a slightly strange choice for equipping with Kiryu’s figure.

Three swappable faces are also included. You might think that Kiryu isn’t really a dude who shows his emotions on his face, and you’d generally be right. As such, two of the faces are pretty similar. It’s only once you get a good look at it that you can tell one is slightly pleased and the other is slightly stoic/angry. The third face stands out because it actually features Kiryu yelling rather than just a subtle change of the eyebrows and mouth. Whichever face you choose, the figure accurately depicts Yakuza’s protagonist as one serious dude. 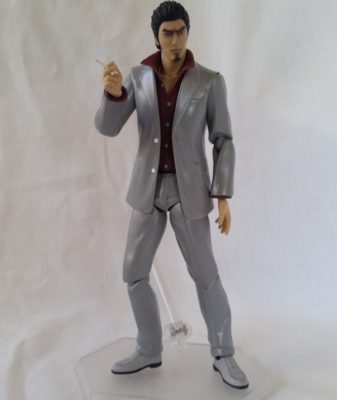 Kiryu’s clothing also showcases his hardcore persona. The grey suit and wine red shirt with popped collar underneath are straight out of Yakuza. Although the majority of his clothing is stuck directly to his body, the jacket plastic is overlaid on his midsection. It’s a little detail which makes the figure feel more 3D thanks to the choice to layer these elements. Some of the low points of detail include Kiryu’s hair. In game it’s pretty cool, but here it seems more like a slightly pokey shrub or blob on top of his head. Beyond that, he’s a snappy Figma which would look great on any Yakuza fan’s shelf.

Although Kazuma Kiyru is currently sold out, there is always hope for a reprint, or at worst buying second hand online. Those folks fortunate to have Kiryu in their possession can enjoy posing and trying out all the different accessories with their figure. Fans should also keep an eye out for the next figure in the Yakuza line – Goro Majima. He’s currently estimated to hit in May 2017 and is another fan favorite who absolutely deserves the figure treatment.