Nicalis has officially announced a Cave Story port for the Nintendo Switch, titled Cave Story+, which will be available as a retail hard copy version of the game and be on the Nintendo eShop. The game will be priced at $29.99 for both versions. 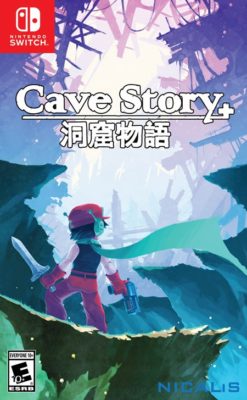 The retail box features the hero, Mr. Traveler overlooking the island, armed with what looks like the polar star and blade weapons.