It’s been a month since the Nintendo Switch released and players have finally gotten a good amount of time spent with it. Even with the limited amount of games so far, the system has done well to show off that it works great both at home and on the go. With many titles planned for upcoming release, there’s still one part of the Switch that Nintendo very much should continue looking into that was brought to light by one interesting title to show up on the system not long after launch. Voez is the very first title to take exclusive advantage of the touch screen mechanics and has proven that Nintendo could be considering a future with the mobile market.

Voez started off as a free rhythm game for mobile devices released last year and just this last month saw a digital release on the Switch. On phones and tablets Voez featured a variety of songs that could be purchased with money or unlocked through items earned while playing. While the Switch release does have a price tag attached the trade off is that it includes absolutely no micro transactions and makes the wide variety of songs available immediately. The console version of Voez is also still planned to receive the updates and songs seen on the original mobile version for no extra cost and even includes some exclusive songs for players who purchase it on the system. While some users might still prefer the free version of the title, mobile gaming all comes down to convenience for the player. 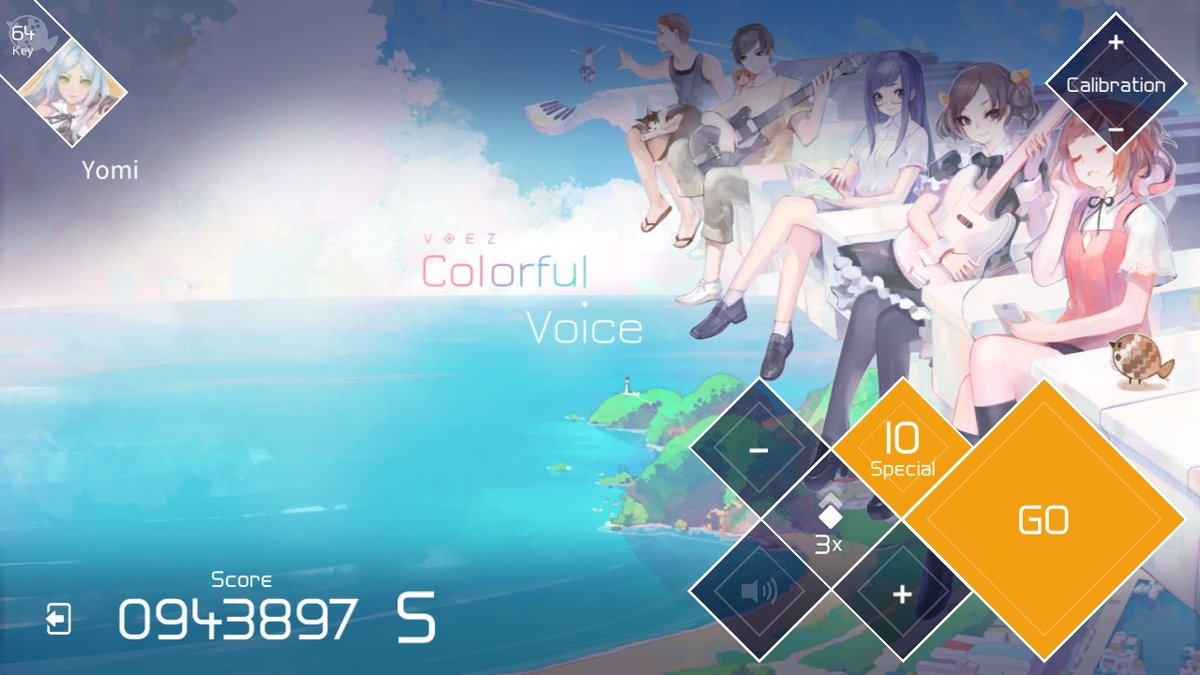 Voez offers over 100 songs for players to get into right away on the Switch.

It’s easy to play mobile titles on any tablet or phone, but the trade off is when going places it drains the battery quickly forcing the user to find an outlet or limit their amount of play time so they can still use their mobile devices for other functions. The Switch on the other hand is specifically meant for gaming and, as it is now, exclusively a gaming system. If its battery gets drained it’s just a matter of waiting until later to play again. Being able to play mobile titles without having to be concerned about the battery life is a great trade off, and players with the Switch could eventually take advantage of if Nintendo really invests in adding even more mobile games.

Nintendo has already been honest with their recent mobile releases that they prefer the pay up-front method they used with Super Mario Run. Although this doesn’t make as much money long term, they feel like they are supplying players with a fully completed title this way. Of course Nintendo is not new to microtransactions either, as seen with their badge arcade on 3DS, but they could offer both services through the Switch and give their players better experiences for many of these mobile exclusive titles. Mobile titles also appeal to all ages, as they’re typically easy to jump in and out at any time without feeling like a longer play session is needed to make progress.  It’s unlikely the Switch will ever see the multitude of gaming apps available on other mobile devices, but it can certainly be an easy way for developers to supply their game to yet another mobile platform which they’d likely be quite interested in.

Super Mario Run could easily be ported to the Switch.

Whether or not Nintendo looks extensively into putting more mobile titles on the Switch will have to be seen in due time, but there are simply no drawbacks from the inclusion. Adding the app-styled games appeals to anyone on the go riding the bus, train or even a car in the passenger seat. It’s a simple way to add a variety of new games to the console that would get even more attention by not having to compete with the endless supply of free apps on the average mobile platform. The Switch was tailor-made to be the ideal handheld and mobile gaming platform by allowing players to change between an enjoyable tapping of a rhythm game to the open fields of Hyrule on the go at any time. As Nintendo is branching out even further with their latest console, giving players more options seems like a great direction they could go to have a more varied mobile future in store for the Switch.