Last week was a big one for Destiny. Not only did Bungie start off the week with a quick teaser trailer of the infamous Cayde-6 (Nathan Fillion) giving a bar-side rundown of the events that transpired, but also promised a full trailer by the end of the week — they delivered. It doesn’t matter whether Destiny is something that sees action every day or is a game long forgotten; it’s back and people’s ears seem to be perking up with the full announcement of Destiny 2.

When most people hear the words “Destiny 2,” they will probably say “oh yeah, with the Nathan Fillion robot.” This is the immediate place to stop. Destiny is not about Nathan Fillion and hopefully Bungie isn’t riding on that to present Destiny 2. Already though it’s not looking like that’s the case and just why the trailer is so good at showing off what Destiny 2 is going for. It was a smart move to have the teaser be Cayde-6. He’s a familiar voice, likable and of course the humor behind a lot of the game. Cayde-6 makes Destiny feel good, like “yeah, I could grab a green space-drink with this guy.” Cayde-6 is also just one small part of Destiny, however, so opening with Zavala giving out the first few lines in the official trailer shows that Bungie isn’t solely riding on the back of Nathan Fillion to deliver. Which for those who might not be familiar with Destiny anymore, this could be easily missed. 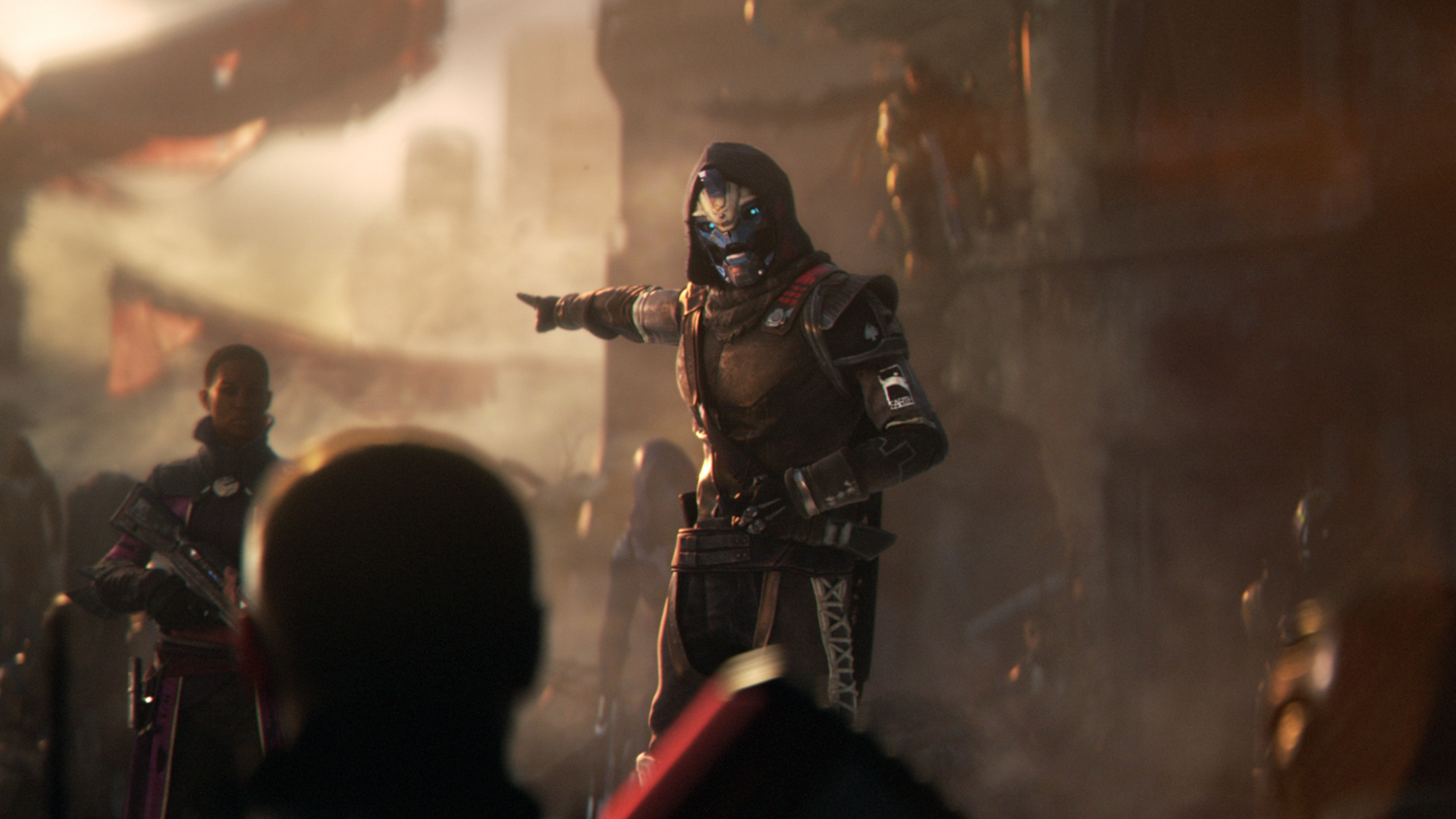 The trailer opens with Zavala saying “times may be dark…” as the entire city burns in the foreground, after giving his first few inspiring lines of picking themselves up from the wreckage of their home, a hard-cut to Cayde-6 and it’s back to the humorous tone from the teaser. As the trailer goes on this continues all the way through, with both Zavala and Cayde mirroring each other’s lines of dialog. It is also the single best thing Bungie could have done to present Destiny 2. By having two representations of the same thing, Destiny 2 is already catering to everyone. Whether you’re a die-hard Destiny fan in it for every ounce of Destiny lore you can soak up or someone who may have fallen off Destiny but occasionally might give it a glance, this trailer has it covered. The trailer wants to make everyone feel welcome.

What’s even more astounding if really digging into it is that Cayde and Zavala do fantastic job representing Yin-and-Yang with Ikora holding them together. This trailer is methodical in how it delivers each line, each bit of information with scenes to accompany them. Needless to say, it’s a near damn flawless trailer. 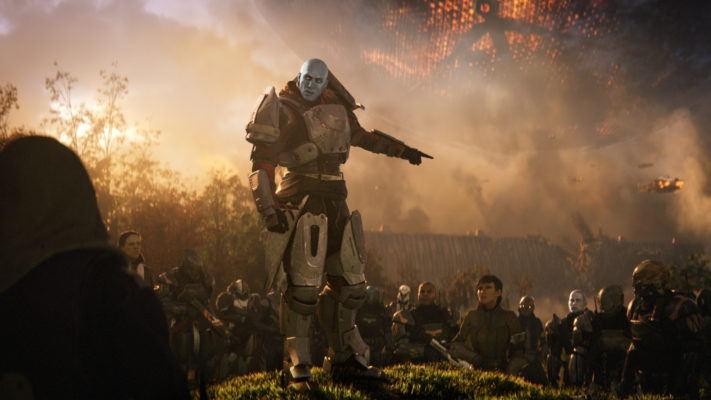 Opening with Zavala shows longtime fans that Destiny is serious about its story and wants to make sure it doesn’t let its fans down. There is a wild tale being told in Destiny; one of the more interesting sci-fi space-fantasies to come around. Most probably don’t know this, but there are freaking space dragons. That’s just plain cool. So yeah, Zavala represents the under-the-hood part of Destiny. He’s there to firmly cement the solidity of story in Destiny, showing that it’s not just some run-n-gun loot shooter. For those who like narrative, here it is. Let’s just hope we don’t have to run to the internet to dig it up.

Of course, just having serious ol’ Zavala spouting some heroic jargon speech isn’t what people come to Destiny for either. Cutting to the end of the trailer “there will be loot,” which fits perfectly the tone and feeling of Cayde-6’s part in this Yin-and-Yang trio (never forget Ikora). Cayde is the fun of Destiny wrapped into a smart-talking bad-ass AI…one with a soul (do yourself a favor and just go dig into the Destiny lore later, it’s worth it). Cayde is there to make the casual player or new Guardian feel welcome, the cities are going to need them after all. Cayde shows that Destiny can be cut-n-dry fun. For all its woes, Destiny has gotten one thing right since its launch: guns, guns and more guns. It feels good, plays good and now that Destiny 2 is coming to PC, it will be wonderful to see how PC players take to it. So yeah, get your shootin’ on, because there’ll be plenty of it. 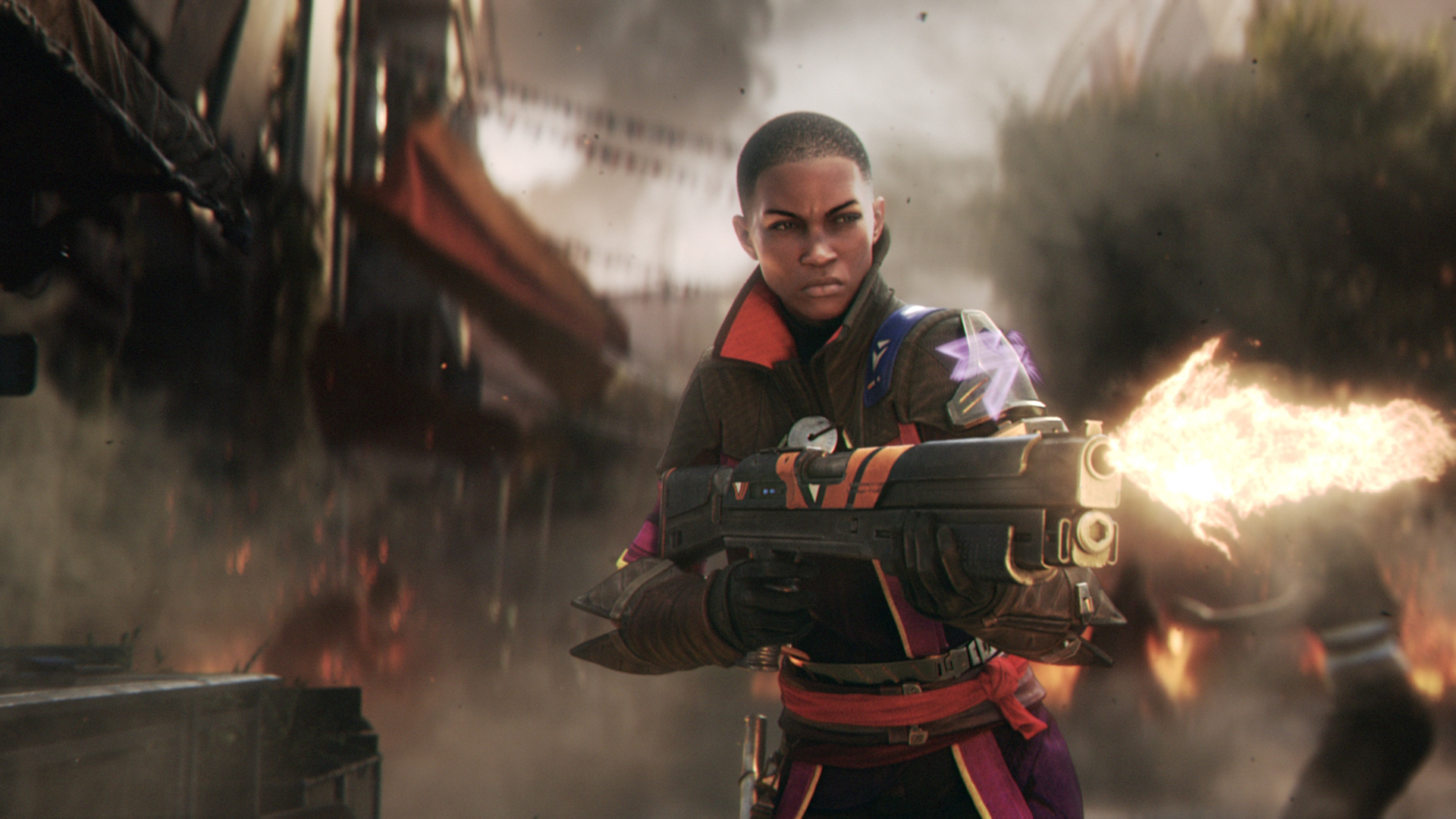 There is one final player in all of this, and how appropriate to have her paired with Cayde, chiming in when necessary. Ikora is the last of this trio, who can be thought of as the binding for the Yin-n-Yang of the other two. She is equally as important and does sit slightly in the middle of each. Pairing her with Cayde-6 seems to say further cement that it’s not just all about Cayde-6 and she’s even able to match his humor, just in a subtler way. She is the combination of the stoicism of Zavala and the wit of Cayde. Together this trio represents the culmination of Destiny and showing each of them doing what they do best in the first of many trailers was good for everyone. Without a doubt, it has people talking about Destiny again.