Since the inception of this series, numerous poorly received games have been covered. Some choices were obvious, others just because they happened to catch my eye based purely on circumstance. It’s not a tight, well regulated ship being run in my personal office. This month, though, it seemed prudent to cover a game that wasn’t poorly received so much as it wasn’t received at all. Released in April of 2014, Frogdice’s ReignMaker managed to garner a whopping N/A from the professional reception submitted to Metacritic and set precisely zero sales charts aflame. The thing is, this was something that caught my personal attention, enough so that I personally reviewed it on a now defunct Steam fan site. Still, it’s been awhile. It seemed time to revisit this game in an attempt to discover why it was so roundly ignored.

The easiest way to describe ReignMaker is as a casual game for folks who enjoy real depth. The vast majority of the action takes place on a match three board. Forces of evil, monsters of all types, aren’t keen on humanity remaining uneaten when they are so darn succulent and tender, and want to destroy the protective walls that help them remain this way. There actually is a more involved plot, but that’s not really what this is about. Monsters approach the castle in lanes which, as luck would have it, corresponds precisely to the rows of the match three board. So, to fight them off, players need to make matches to fire off defensive volleys. Horizontal lines will shoot off multiple bolts in a line, while vertical will spread the pain. Different colored gems have varied abilities, such as healing or power boosts. 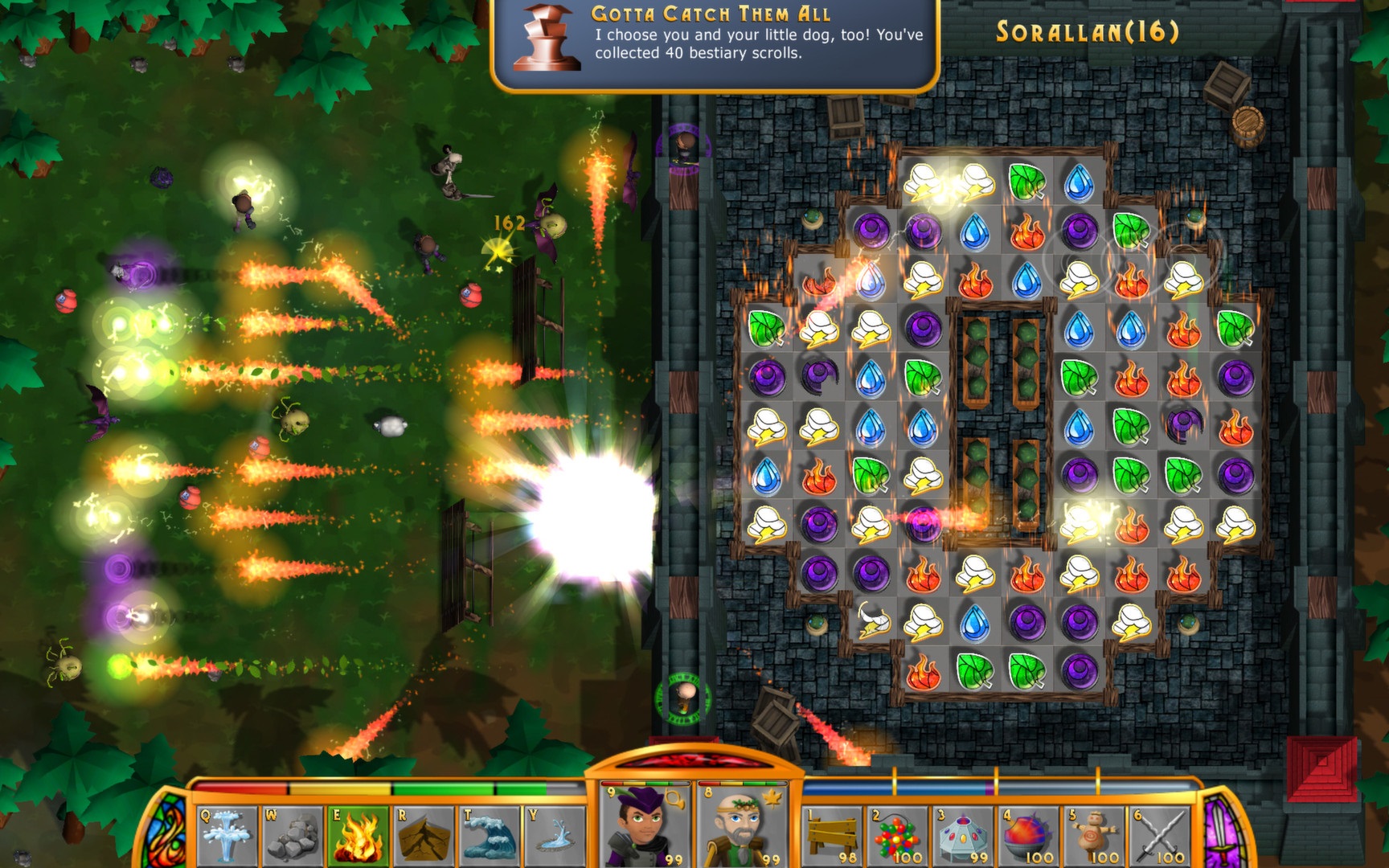 This very formula creates a tension that is often missing from the causal match 3 genre. Typically, these games are about racking up a high score in a limited amount of time, or planning moves to accomplish a specific goal on the board. Here, the puzzles translate directly into action, with artillery flying both ways. The player must stress about setting up the shots in the lanes that are being encroached, something that isn’t always easy. Planning on when and how to fire and when to get moves ready in reserve demands a certain amount of cunning.

Fortunately, players aren’t left without further resources to aid them. There are all sorts of upgrades to be earned, including archers and mages that autonomously act to provide extra outgoing damage and healing. A more robust upgrade system can be found in the city building portion of the game. Here, players can build and enhance all manner of buildings to provide passive and active buffs in battle. Even cooler is a policy system that helps guide the growth of the player city. Some are even written in such a way to balance a moral quandary against the immediate and pressing need. Something along the lines of “Would you like to drown these kittens and use their guts to improve your archers’ bows, or would you prefer to not drown them and see a boost in your town’s culture?” (To my knowledge, this specific choice isn’t in the game.) Most of these have multiple options to take that will affect the growth of the village in myriad ways.

With this loop of battle, build, upgrade, battle, the rabbit hole is gaping and deep, the sides of which are slippery and nearly impossible to escape. This makes the exercise of trying to figure out why it was roundly ignored so much more difficult. One guess is that it does look like just another match three title, with little to differentiate it from other titles in the genre. It’s also possible that it fell victim to a small, unknown developer releasing with little in the way of marketing fanfare and without the benefit of an established, big name publisher. It isn’t due to the quality of the game, though, which holds up really well. 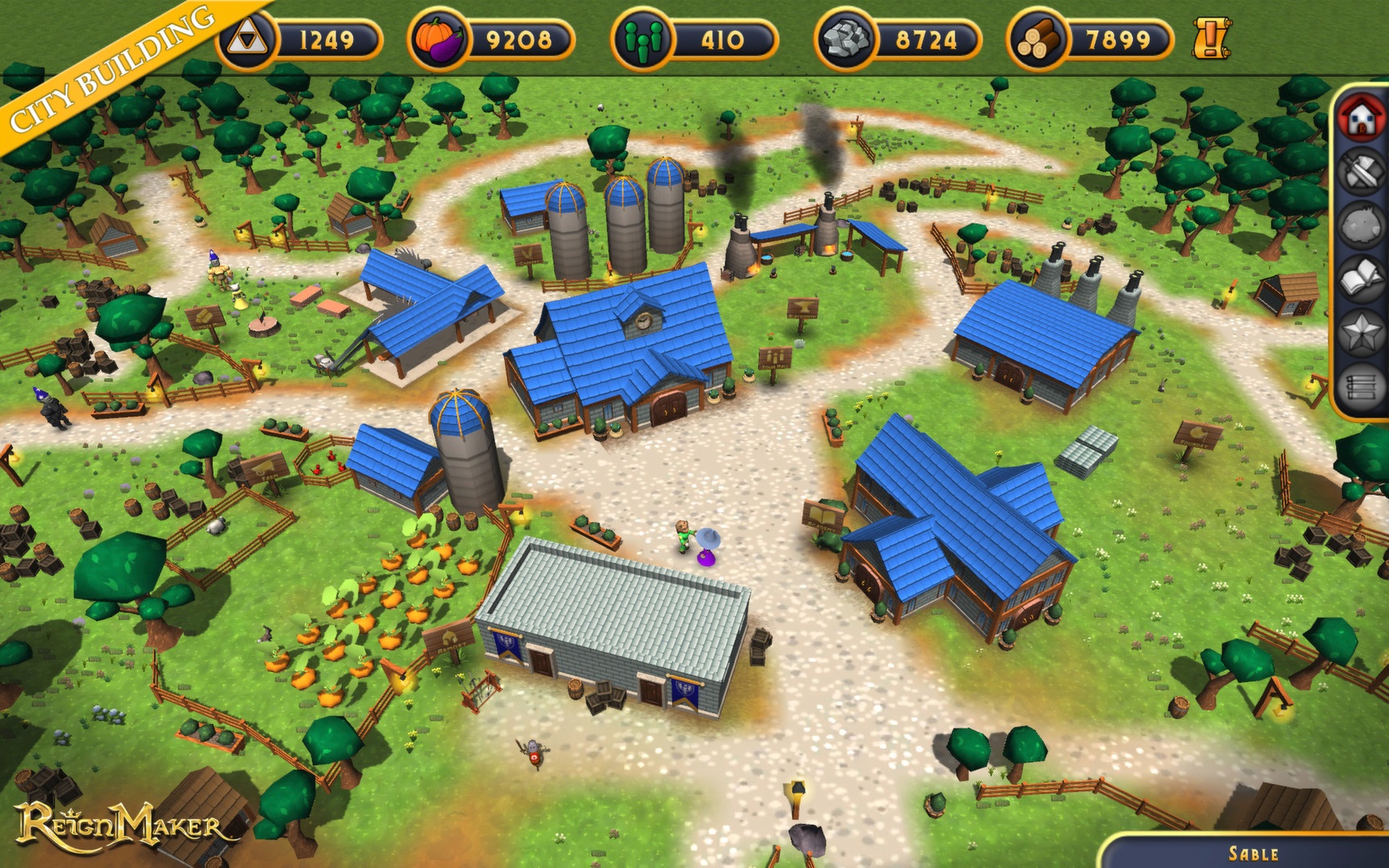 As previously established, I approached this title differently than most Lowered Expectations topics. Instead of feeling like I was going in to rummage around a pile of manure to find a swallowed gem, I was returning to a title that enthralled me when it released, looking for a reason it remained ignored. In the end, the only real criticism I can level is that the art doesn’t look as nice as it could, as can happen with an indie title. Everything else about this game succeeds. It’s a casual game with an expanded scope, something that can serve as a gateway drug for more in depth titles for uninitiated gamers while providing a fun and satisfying diversion for the hardcore among us.