The original Bulletstorm was a fast-paced and foul-mouthed shooter that stood out from the pack. With a sea of FPSes out at the time, it was hard to do, but Bulletstorm did that with a ridiculous story, tons of swearing, and a creative kill system that rewarded players for doing as much damage to as many enemies as possible in unique ways. The Full Clip Edition brings with it higher-resolution textures, higher-quality audio assets, smoother framerates, and the ability to run at 4K on high-end PCs and on the PS4 Pro. All of the existing DLC is available here, and for $4.99, you can also get the Duke Nukem Bulletstorm Tour – which replaces the main character Grayson Hunt with Duke. 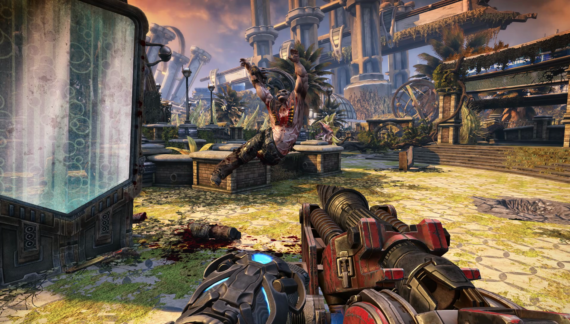 The original PC release was hurt by Games With Windows support, and online play never quite reached the level it could have due to that and on consoles, server shutdown hurt things. This version breathes new life into the game and adds in a new game+ mode, six new maps, and creates the best overall way to experience the game. Bulletstorm: Full Clip Edition is available now digitally on PC for $49.99 via Steam, or physically or digitally on both the Xbox One and PlayStation 4 for $59.99.