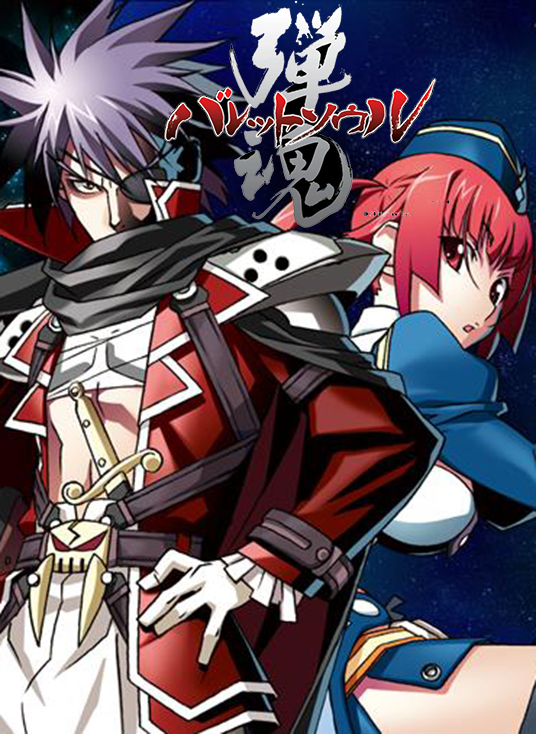 One of the fun things about the vertical arcade shooter is how many directions such a simple concept can be taken. Fly up the screen, shoot everything, dodge bullets, try not to die. It’s basic as concepts go, little more than a scrolling background underneath Space Invaders, but almost forty years later the design still hasn’t run out of Steam. Bullet Soul was originally an Xbox 360 shooter released back in 2011, but like many of its arcade relatives the game has found a new home and worldwide release on Steam. The game was a mid-tier shooter back then and that hasn’t changed over its lifespan, but there’s no question Bullet Soul is a great time just by its sheer exuberant energy.

There’s probably a plot buried in the game somewhere but it never troubles the player by making an appearance. Choose one of three characters (or a fourth one in Version B) and paint the screen with overpowered weapons that chew through enemies at high speed. Each character has a different selection of weapons, primary and secondary, and all of them are good for decimating swarms of popcorn robots and insects.

Making life a bit easier is the bullet cancellation system. Shoot an enemy and its bullets turn into ghosts, pale white shadows of their former selves drifting harmlessly down the screen. Despite being visible the canceled bullets do nothing, not even providing a point bonus, but there’s plenty more firepower where they came from so it’s best not to worry about them too much. It’s not until the bigger enemies appear that their firepower starts being any kind of threat, and by then you’ll have powered up enough to cover the screen with your own bullets/laser/missile barrage. 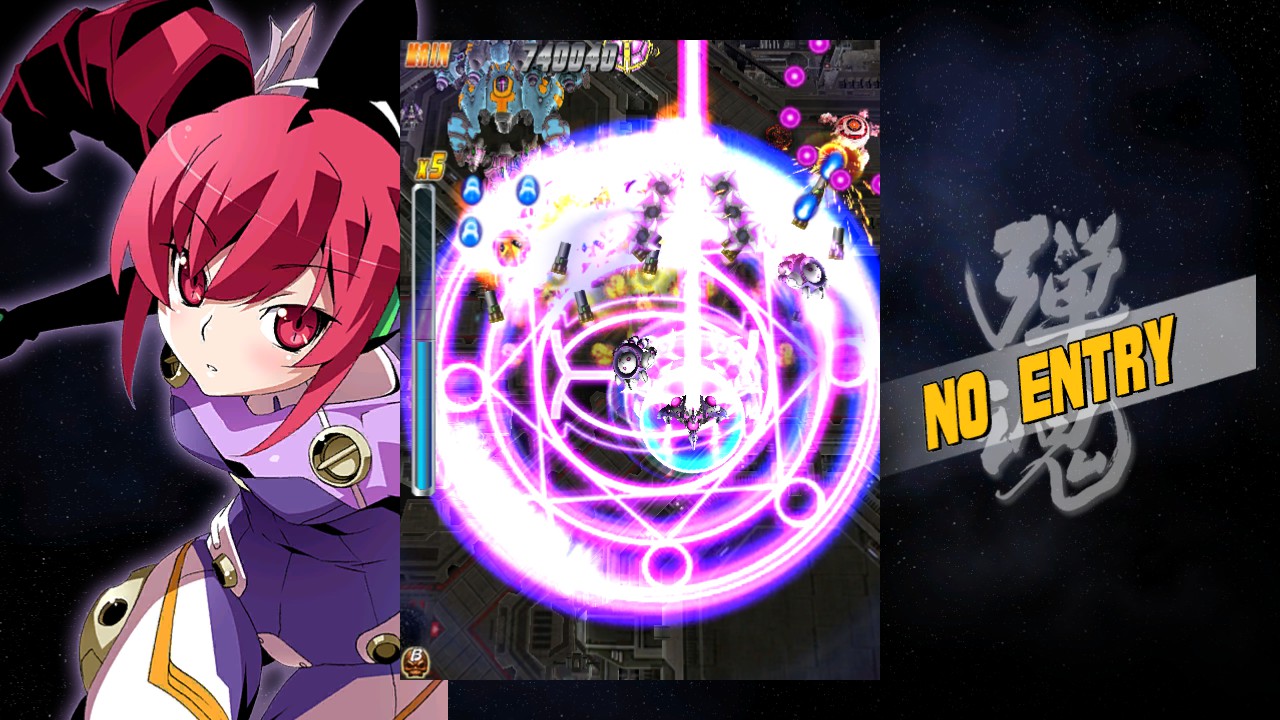 A little focus is nice, though, and as is standard for a large number of shooters holding down the secondary fire concentrates it into an even more powerful form, trading effective area for a bigger punch. That’s actually literal, depending on who you choose, because once you venture from the two main characters the alt-fire gets a little weird. The old king Rakudo has a limited-range grinder, while ninja-girl Maishin pulls out swiping kitty-paws supplemented by a thin pink laser. Half the characters are normal shooter and the other take some getting used to, but the entire cast can dominate the first three levels with very little practice.

Oddly enough, that’s a big part of Bullet Soul‘s appeal. Rock-hard brutal challenges that leave n00bs weeping in despair have their place, but it’s actually nice to think it may be possible to 1CC an arcade shooter without needing to rewire my brain and nervous system for peak digital transfer and signal processing. You can’t approach Bullet Soul carelessly, but bringing the standard focus for this type of game will see much faster progress than the genre norm. Shoot enemies, watch their bullet fans pass harmlessly by, and use the freed-up mobility to search out secret point bonuses. 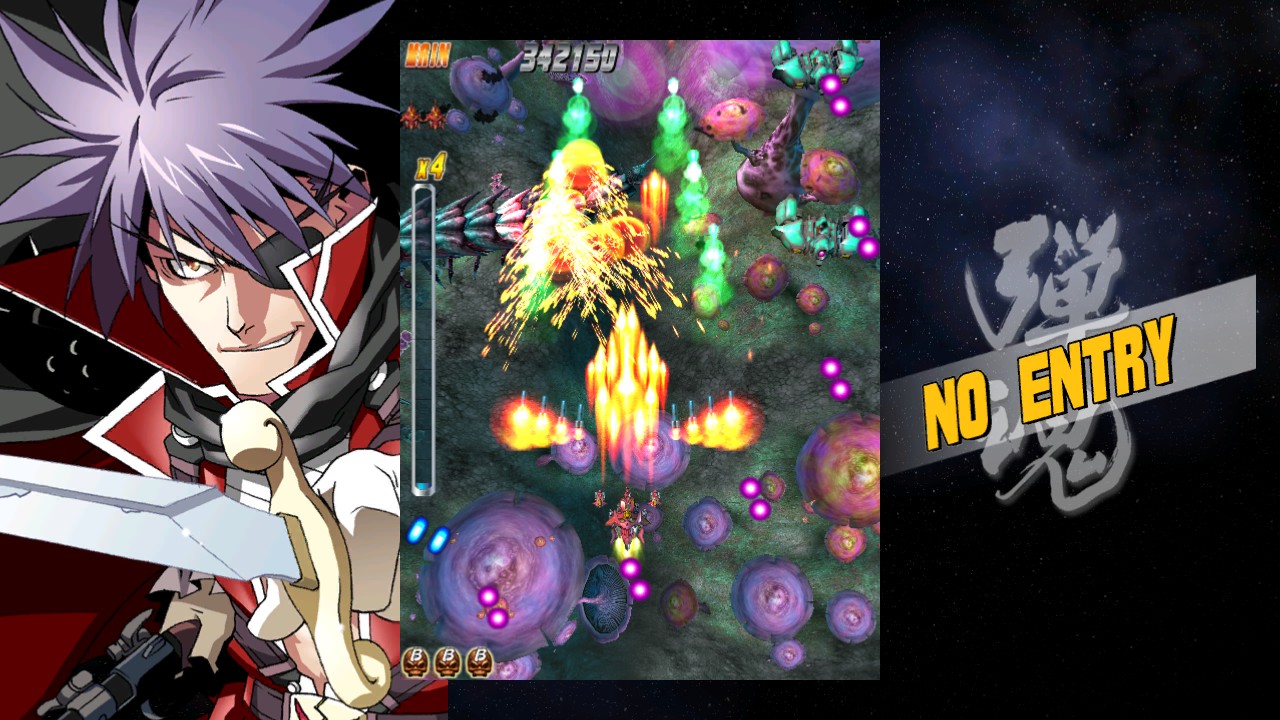 Bullet Soul has two scoring mechanics- a score multiplier and secret bonuses.  The score multiplier is awarded by getting close to enemies, filling up a gauge on the side of the screen, so score-chasers can choose their difficulty on the fly.  The other bonuses are awarded for any number of level goals, usually from destroying enemy groups but sometimes from less obvious sources. The first mid-boss has a series of helpers that fly in two at a time, and if you kill him too fast there last few can’t make an appearance so no bonus is awarded. Level two has green Z blocks on the ground, and the more of those you take out the bigger the bonus grows.  It’s also got linkages holding bits of terrain together, and destroying those sees the ground tumble away as a Destruction Bonus pops up.  Score is tallied at level’s end with bonuses added on, and you’ll need to chase both multiplier and secrets to hold a place on the leaderboard.  Or you can just enjoy shooting things and let an improved score be a natural outcome of getting more familiar with the levels as you replay.  Bullet Soul won’t judge if you take it easy.

Which isn’t to say there aren’t score-chasing rewards.  Bullet Soul comes with five different play modes, encompassing all the DLC from the original release.  Bullet Soul and Bullet Soul B are the original and enhanced versions, respectively, with the latter having an extra character to play as.  Both versions also have Bancho mode, letting you choose a level and aim for a high score.  The last mode is Caravan, which is a time-attack challenge through a level with no bombs, no limit on the number of lives, and a fully powered-up ship.  All modes use the same basic rule-set for the ships, without the wildly divergent play styles of a Cave shooter, but maybe it’s not always necessary to reinvent the wheel. 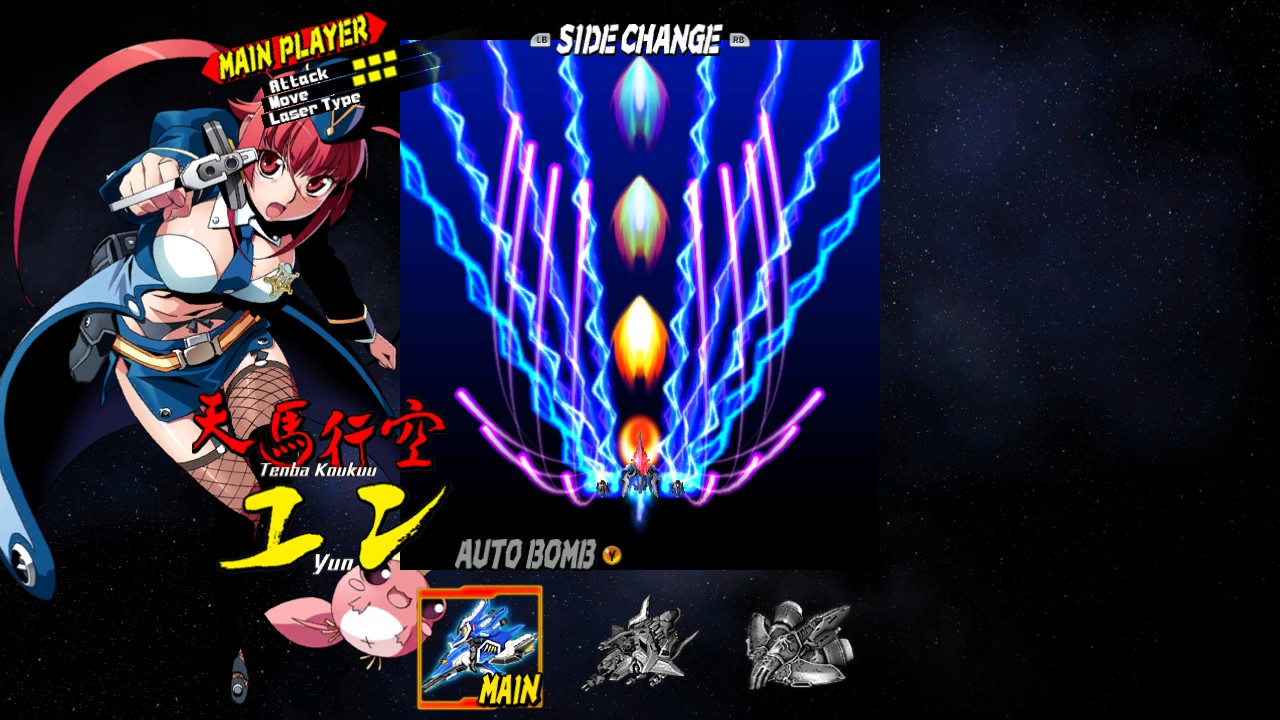 Bullet Soul is a fairly basic arcade shooter that gets by with hyperactive energy and lots of pretty explosions.  It’s not the most technically impressive conversion available, being locked to 1280×720 even when running fullscreen, and the options menu is fairly bare-bones, but once I shrugged and moved on I had a great time blasting through the levels.  Enemy and bullet patterns are well designed, each level is one set-piece after another and the action makes up for the nonexistent plot.  Bullet Soul is a solid workhorse of a shooter, getting the job done with flair and style, and as fun to approach for seasoned veterans chasing score as it is for new players looking to dip their toes into a genre that’s frequently known for being unforgiving.