If exploding balls composed of lasers were things that I could actually throw at my friends, I may be more inclined to spend less time on my couch. Sadly we do not currently live in a reality where such an activity can be a legitimate past time, but thanks to Virtual Reality, we will soon have a decent facsimile in the form of Sparc. In the safety of VR no one will risk being vaporized by said exploding laser ball and the only likely collateral damage will be the player’s personal possessions when they dive to catch a ball when their VR headset of choice blinds them to their non virtual and tangible surroundings. Sparc is what could be called a VR Sport, and it has the unique distinction of being the first new CCP Games title that is not related to the EVE universe.

Sparc makes some moderate physical demands of the player, making it a decent form of exercise for those who loathe going to the gym. One could even find themselves accidentally getting in shape through Sparc. The game is essentially handball in a VR field, and the objective is to score points by hitting the other player with a ball. Each player has their own ball they can throw, and can defend themselves by dodging the ball, catching it, or deflecting it with a wrist shield. 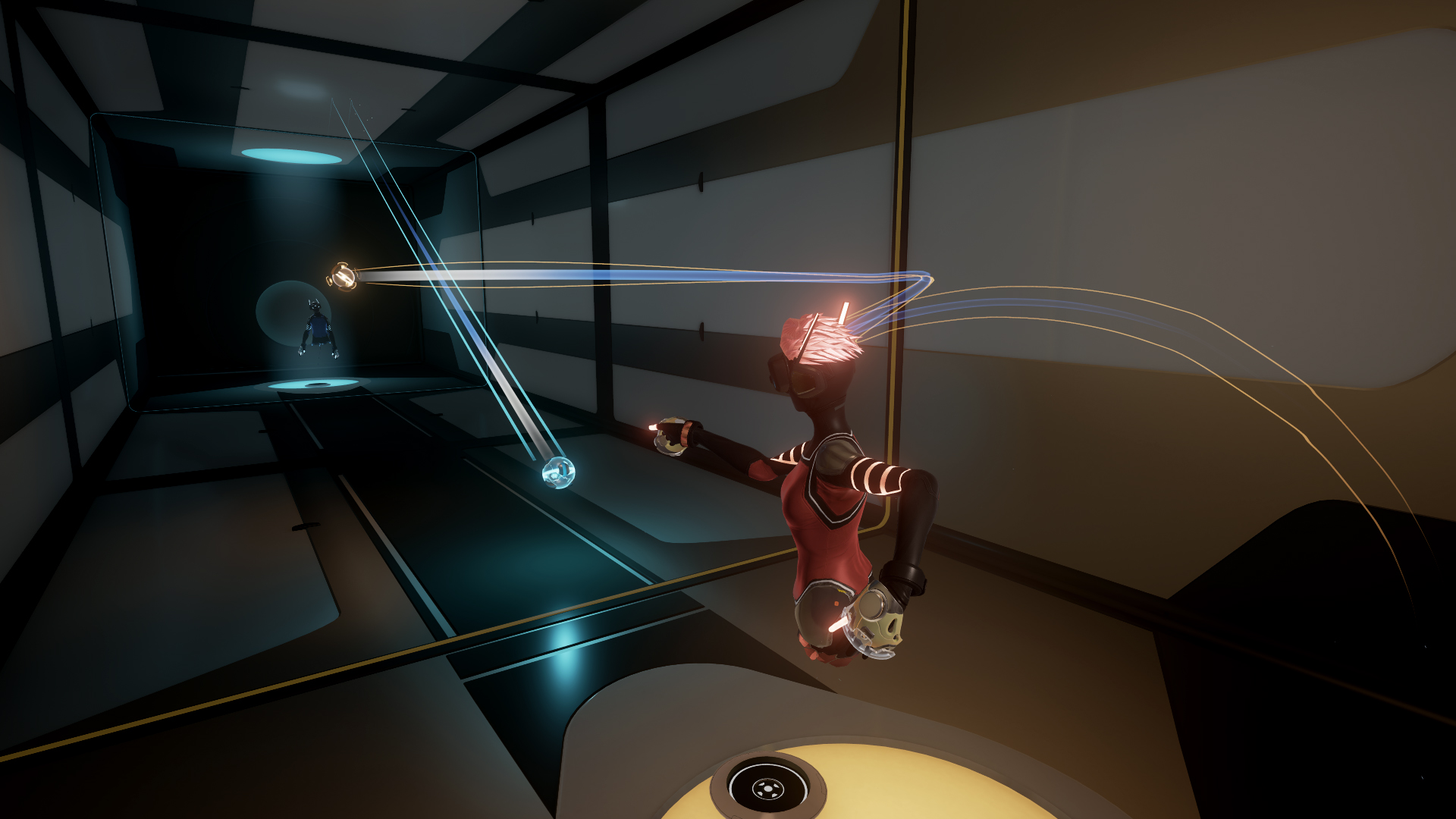 Certain strategic measures are required for successful Sparc matches. Timing a throw with a deflection can increase the changes of scoring since the opponent now has to worry two rapidly flying balls aiming for their face. Dodging does requirement more body movement than simply catching or deflecting but it does provide a benefit beyond more exercise. A successful dodge will add to the strike counter, and the speed of the ball has a positive correlation with the strike counter, so as the strike counter increases the balls will eventually traveling so fast that someone will get hit.

Sparc is a simple game, but that is actually a positive attribute in this case. One of my criticisms of VR games is most of the ones I’ve experienced showed a lot of potential for the platform and an impressive use of the technology, but failed to deliver a fun experience that would cause a desire for repeated playing. Sparc is the lovechild of handball and TRON, but is one of those games that changes primarily based on the skill level of people playing. 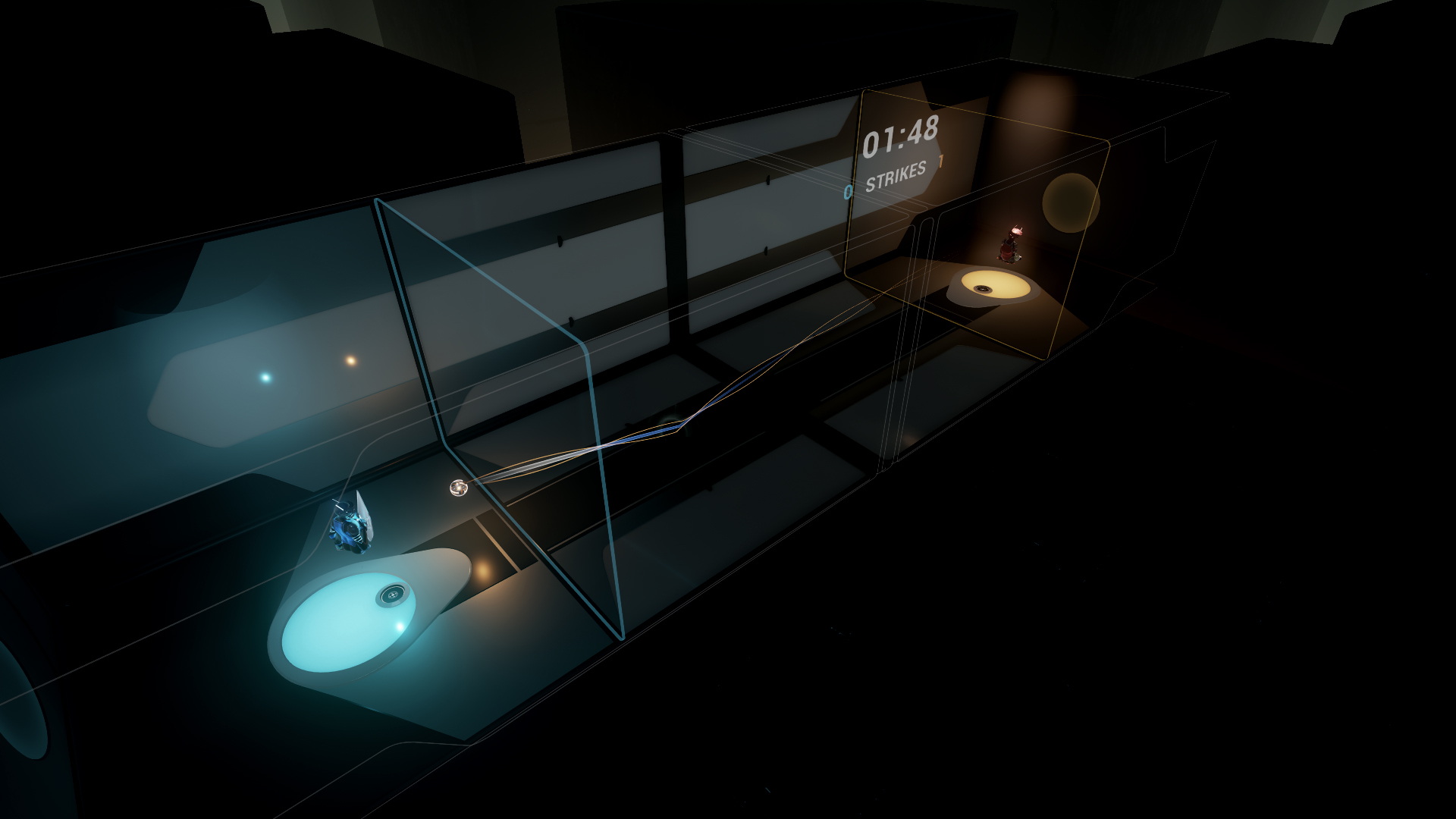 Sparc supports cross platform play; I was on an HTC Vive playing against someone using an Oculus Rift. The one potential drawback is the logistics of trying to find a place to set up an area to play since Sparc does require a decent sized area to properly play an move around, which would essentially be having an indoor handball court or ping pong table filled with very expensive equipment. The logistics of setting up a proper VR game room aside, Sparc is one of the best times I’ve had in a VR environment, and it is a welcome change to see a VR game that is content being a back to basics game that tries to do nothing more than provide a good time, which is an area that Sparc delivers.