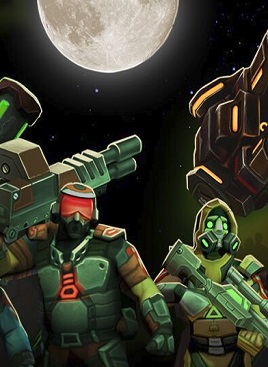 There have been a few great games in the VR space to come out over the last year, but Phaser Lock Interactive’s Final Approach holds a special place among them. One of the first true games that not only showed off the possibilities of the technology, but did so utilizing gameplay ideas that were not the most obvious compared to thoughts of swinging swords and shooting guns. It was something where the developer set the proper scope and executed flawlessly. It was because the company established itself so well that I took their latest, Twisted Arrow, for a spin. At first blush, it doesn’t really look like anything special, but the developer has earned a chance.

Much like many other VR titles on the marketplace, Twisted Arrow is a game based around a simple concept. A city has been invaded by a rogue militia, chemical weapons are involved and the player has a super cool bow that allows for a one man insertion to take down the baddies from within. There are numerous arrow types that can be used, based on the amount of energy remaining in the constantly recharging energy bar. Freeze arrows, explosive mines, homing multishot, and an explosive charge compliment the normal arrows that the player will have in unlimited supply. Additionally, the bow has a shield that can be thrown up and lowered with ease.

Initially, it seems like this is a wave based shooter, something that virtual reality just doesn’t need. It’s not, and the game is all the better for it. Instead, players will be traversing levels using a teleportation system. Hold the button, point to a point that was predetermined by the developer, and release to move instantly. Initially, this locomotive system is a bit disappointing. The game wouldn’t even allow players to move exactly where they want since the available options have been ordained. In practice, this managed to allow for a couple of really fun boss fights. The first one, for example, is a giant monster that will chase the player around a zombie laden, rubble riddled ground. These things are fast, to boot. Being able to quickly hop across the map without needing to aim allowed the developers to make this fight more intense. Same goes for the hunter-killer like tank later on. 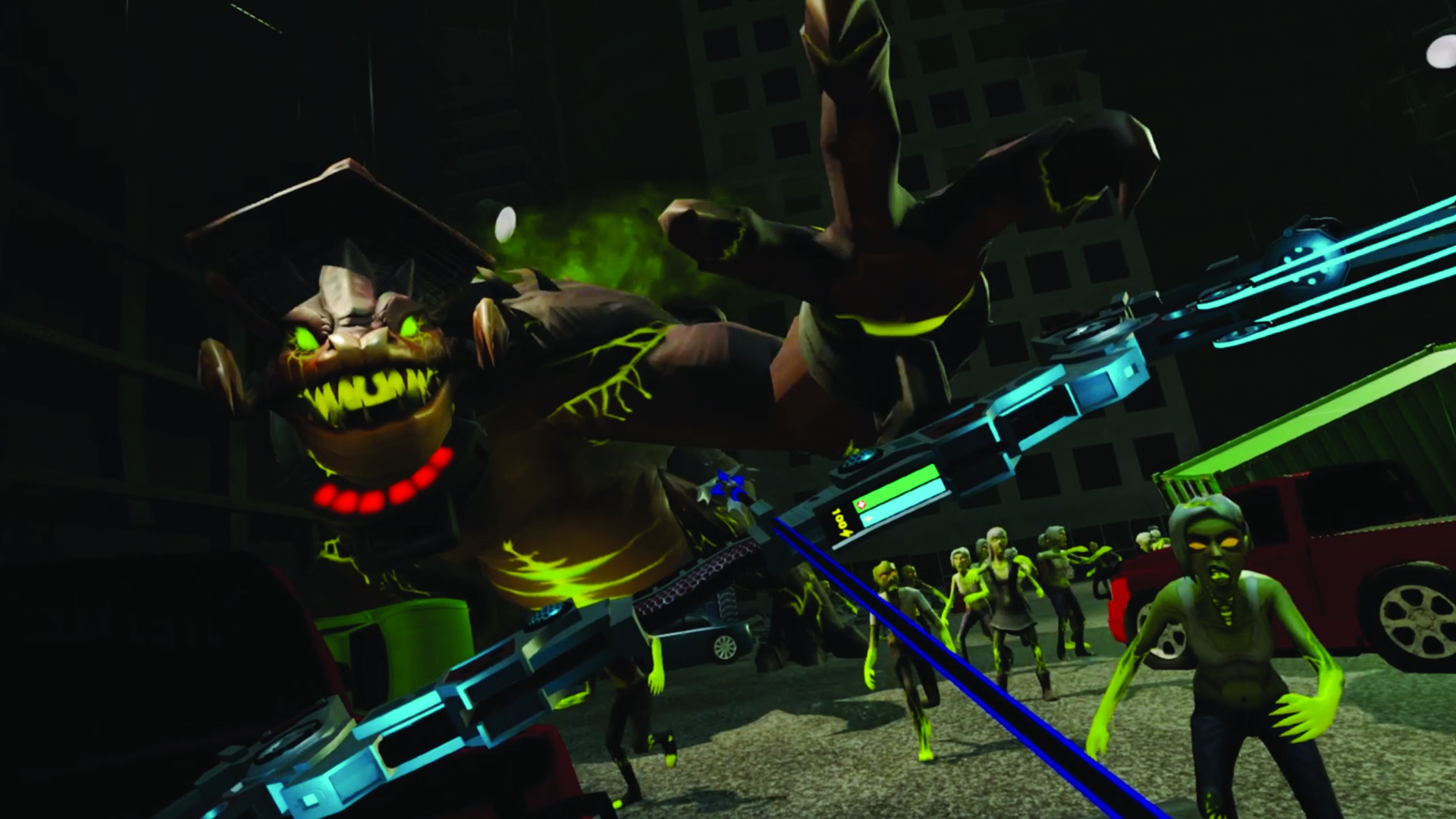 There is no arguing that this movement design is also in place to partially cover the game’s horrible map design. Simply put, just about every area feels and looks the same. Were I in direct control of the character, I would get lost in the sameness that permeates each level. Only by looking for the telltale blue spots that were located in slightly different spots from where they were before was I sure progress was being make. Even then, there were a couple of moments where the path looked the same as the path out. Only noticing the pylons of a deactivated laser fence prevented me from backtracking further in both instances.

Graphically, Twisted Arrow is underwhelming. Utilizing a poor author’s title amount of grey, the environments can charitably be described as drab. Admittedly, this is supposed to be a war torn city and the graphics were designed to not add to the computational power that the use of VR is already tapping, but one can be forgiven for thinking that this has the appearance of some random piece of Steam shovelware. Most of the enemies are derivative, with the appearance of the dollar store of the Helghast. The aforementioned bosses breakaway from this, with some intimidating and fun designs, but the total time with all of the bosses adds up to around five minutes. As an aside, the near constant instructions being given to the player by a remote commander should have been dialed way back, as they can grate.

Despite these myriad complaints, Twisted Arrow manages to serve up some real entertainment. The bow and arrow mechanics are slightly finicky in that they require the player to actually aim and take into account arrow drop over distance, which means that skill is absolutely the driving factor here. The use of motion controls here as the feel of someone really working to tweak it so it feels just right. Getting a headshot on a sniper form a ridiculous distance is an incredibly gratifying feeling, and the game does give plenty of chances for this. Creating a wall of frozen zombies, allowing a crowd of more to build up behind them, and then detonating them all with an explosive arrow is one of those moments that makes the player feel destructively smart. There are sure to be other combinations between the available arrows and the explosives littering the environment that I haven’t considered yet. 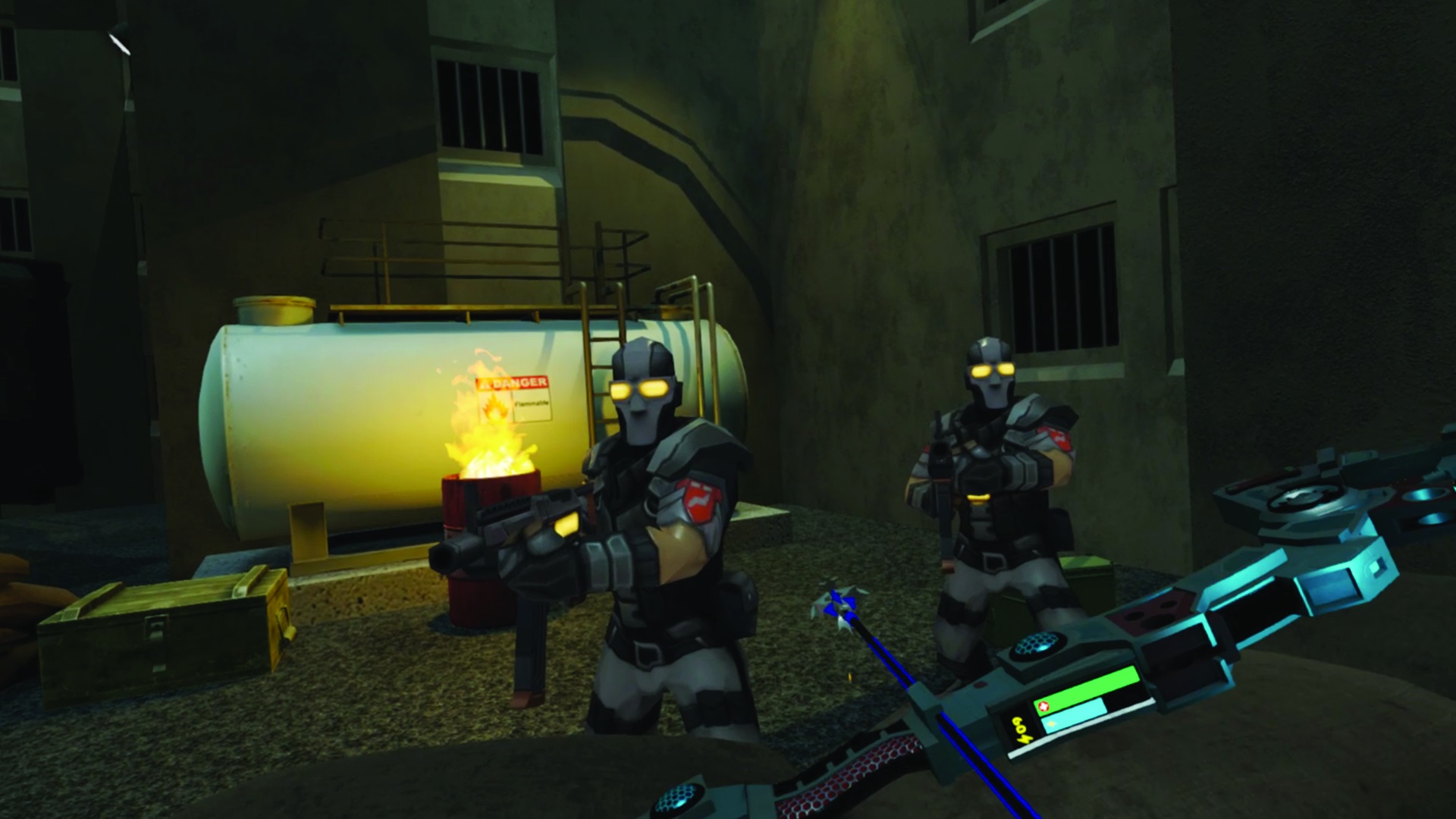 Twisted Arrow is ugly, simple and fails to break any real ground. What little plot there is during the short campaign shows the same lack of creativity as the graphical design. Yet, through the feel of firing the bow and dealing with the enemies in various ways, it succeeds where it’s the most important: it’s fun. Remarkably fun, at that. It ties the mechanics in so close with the player’s skill, using the motion controls in a way that’s more noticeably tuned than other games that have tried the same thing. This might be enough for quite a few players, this reviewer included. As a package, this is a rough offering, but for the forgiving, Twisted Arrow is worth the time.