When gearing up for the PC re-release of his classic visual novel, The Silver Case, Suda 51 didn’t seem hopeful that there would be a console version in its future. It wasn’t off the table, but things seemed unlikely at the time. Through some deft footwork in building a partnership with NIS, though, he managed to strike a deal last fall to get the classic brought over to Sony’s PlayStation 4. Considering the remake was built with portability in mind, the console version is seeing release April 18. Based on the fact that this is a long lost gem that many of his fans didn’t get to experience, this alone is good news. However, Suda and NIS have gone a bit beyond to make this the ultimate version of The Silver Case.

Those who read our review from last year will have a good idea what to expect here. Taking place in the 24 Wards, players must solve a string of murders that tie into a case that was thought previously put to rest. The same excellent localization is present here, with the original prose reverentially treated to capture the original tone and intent of Suda’s writing while making it palatable and understandable to Western audiences. The same goes with the clever puzzles that encourage the player to think through the clues given to earn their way through. There is an option to bypass these, in case the player just wants the story, but that is defeating the purpose of the game as a whole, and lightens the impact of the narrative, at least in my opinion. I ignored it last time and will continue to do so. 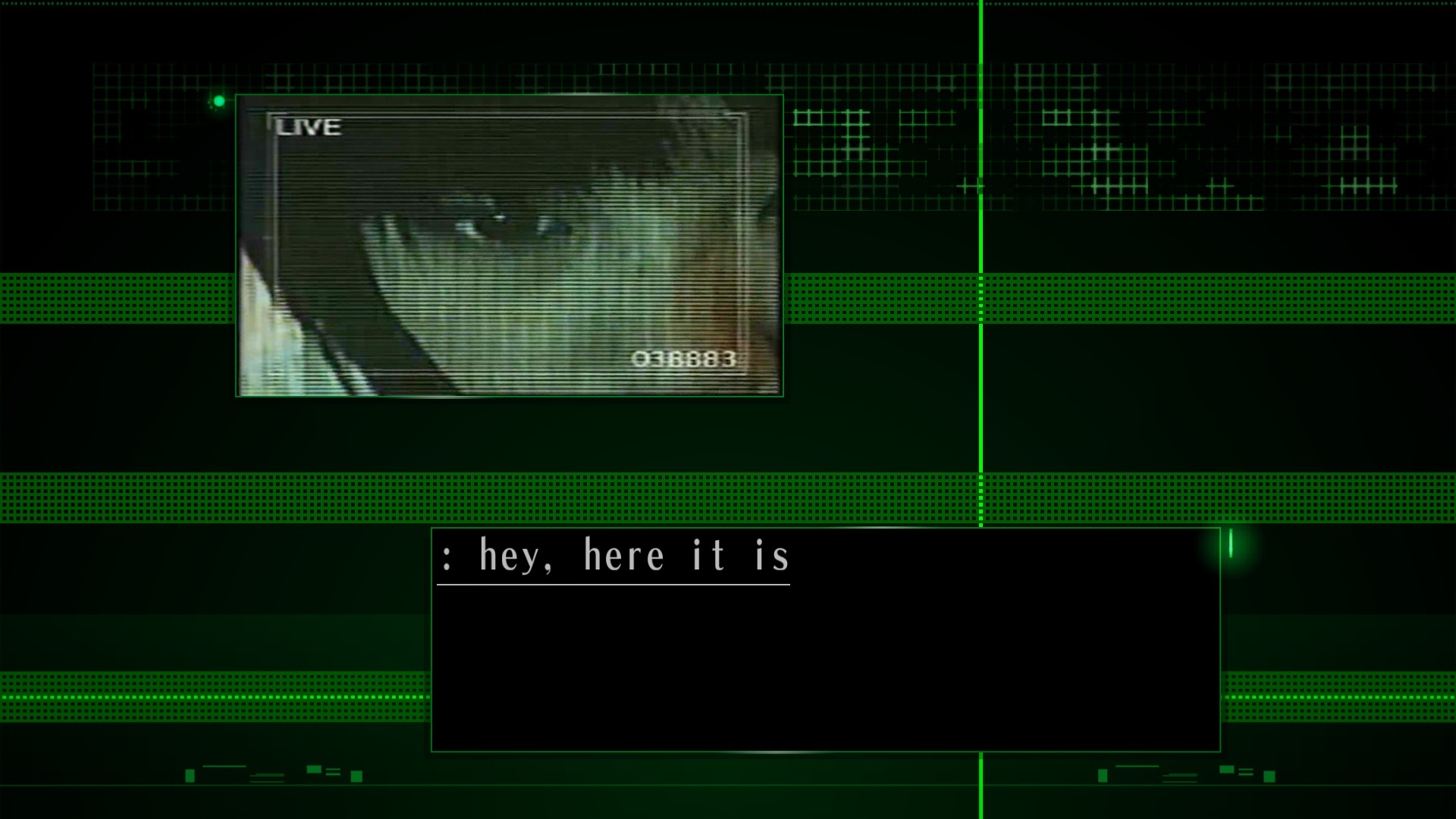 The items that irritated me last time are also present. Most grating is the sound that the text makes as it is printed on screen. By default, the sound effects are at the same level as the music, and this printer noise assaults the ears with a vindictive malevolence that borders on insanity. I had forgotten about this from my time with the PC version. Don’t make that same mistake; turn the sound effects down to about 50% before starting. This makes it easier to hear the original soundtrack remixed by the illustrious Silent Hill composer, Akira Yamaoka.

Also remaining is the bizarre controls. Before playing The Silver Case, I don’t believe that I’ve ever seen a game take a moment to apologize for the inputs as it is explaining to the player. There is ample cause, though, as the controls are unintuitive at best, and detrimental to getting lost in the experience as a whole. The console version does see some quicker to access shortcuts, making the switch from movement to interaction a bit more seamless, but it’s still odd. 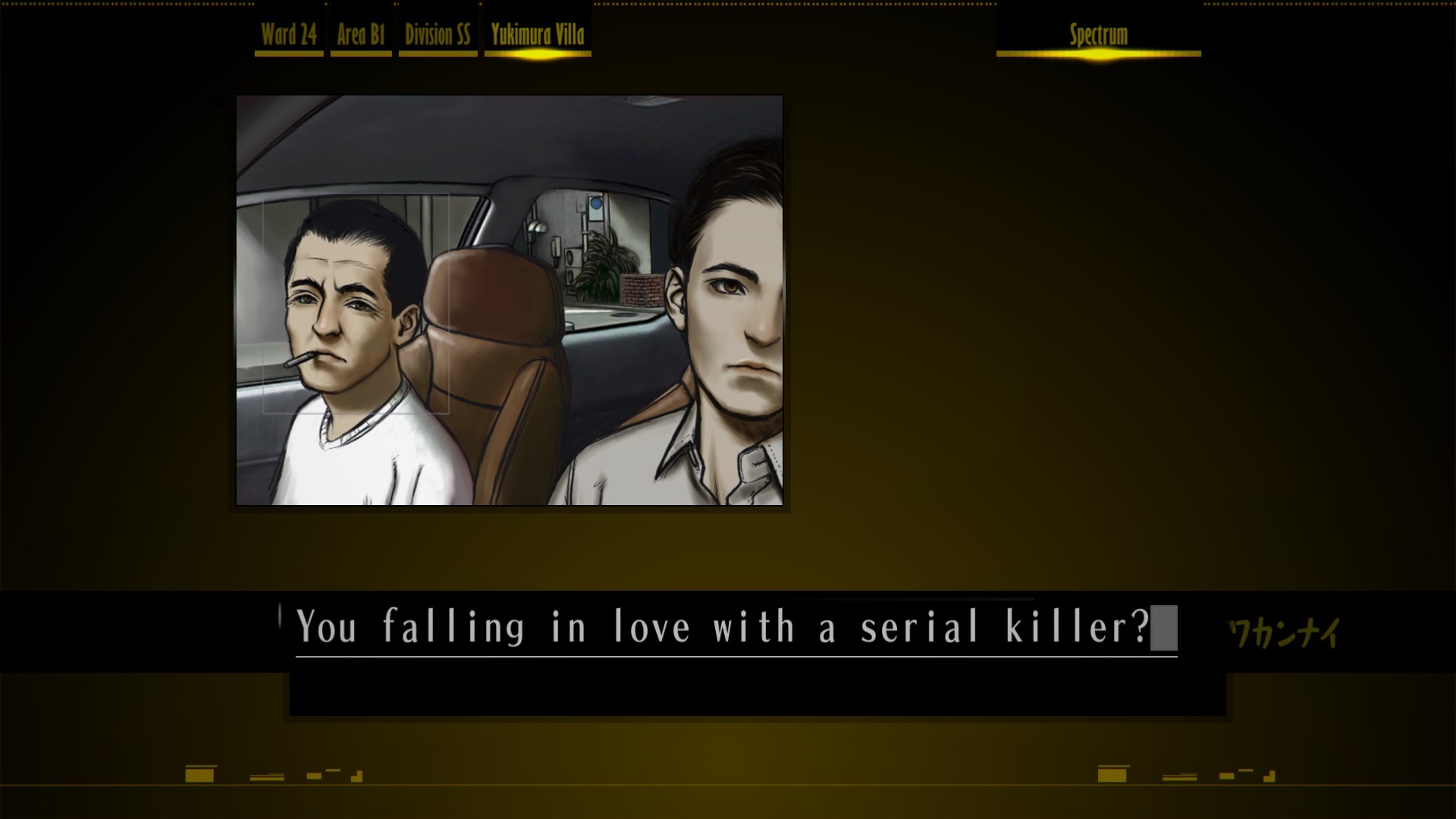 Regarding this, it could very well be argued that this would have been the perfect opportunity to update the inputs to make for a more streamlined experience. That is discounting the historical aspect of these releases. Simply put, Westerners didn’t get this game until last year and should be given an opportunity to experience the game as intended. Yes, an option to toggle between the two would have been welcome, but Suda has stated from the outset that this remaster was meant to capture the original. More could have been done to modernize the graphics, but it would have changed the feel, so they kept it close to the original while giving it the HD treatment, which is appreciated. This very string of logic leads us to the understanding of the loyalty to the original style of controls.

What makes the PlayStation 4 release the ultimate version lies in the addition of two entirely new chapters to the story. The first is Whiteout Prologue, a brief story that is designed to add to the already dense story background of The Silver Case. Without giving too much away, this chapter is called prologue for a reason as it seems to directly link to a sequel, most likely the Japan exclusive The Silver Case: Ward 25. The inclusion of this chapter makes one question if an announcement of a localization for that lost title is coming. 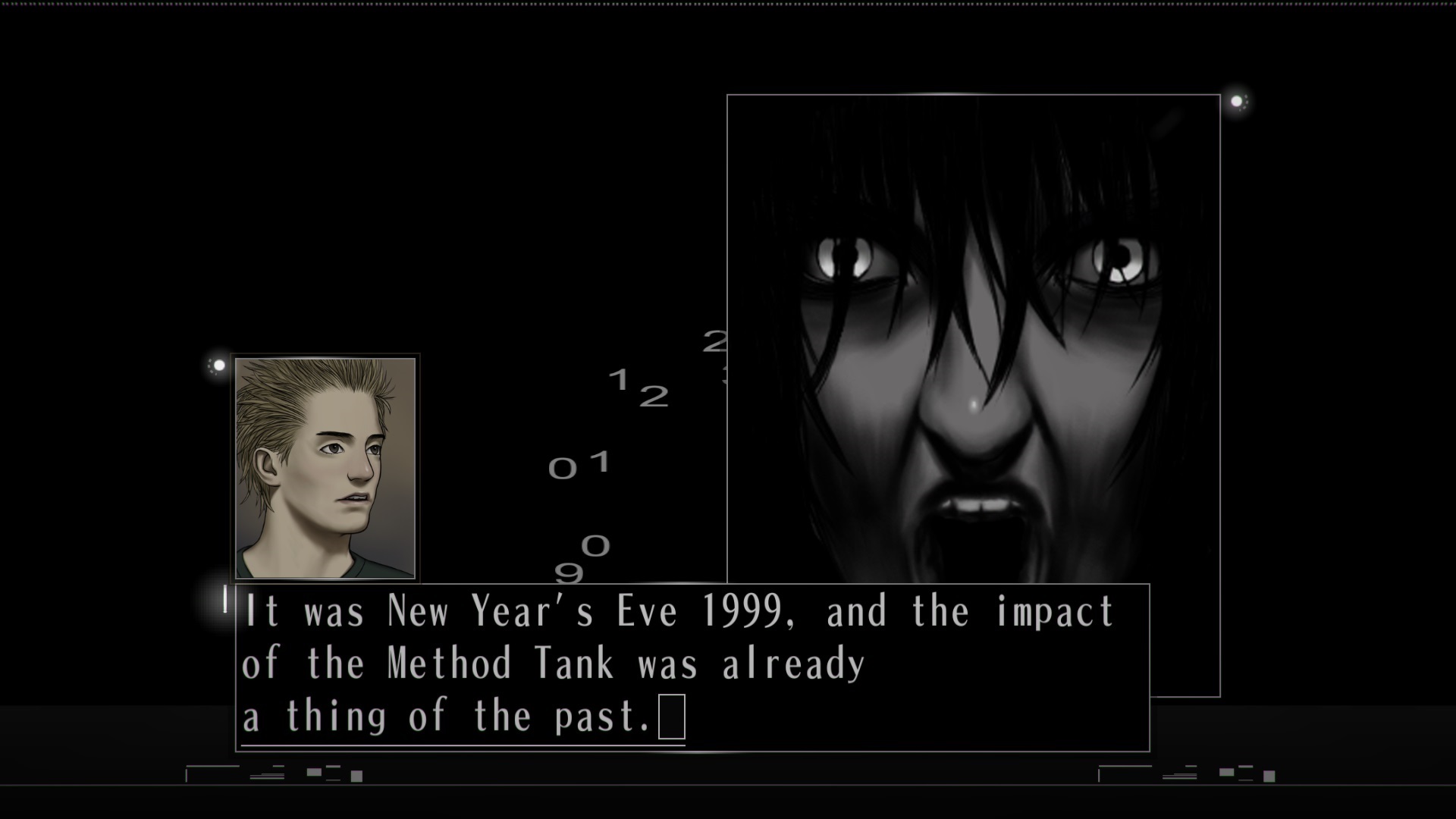 The second new chapter is Yami, which acts as an epilogue to the entire first game. Taking place a few months after the first game, the chapter takes place in Placebo Station. (Pla…Station? Might be reading too much into it.) Using journalist Tokio Morishima as the focal point, this chapter is intended to give players a whole new perspective on the prior events, and gives the original conclusion some additional depth.

The inclusion of these two brand new, major pieces of content doesn’t change the overall experience as a whole. Instead, it expands upon what was already present in interesting ways. The best analogy I can currently muster is the movie Natural Born Killers. The original was a well realized movie dense with symbolism and meaning. The director’s cut added in lost scenes that expanded upon the original without changing the narrative. That is what these new chapters do with The Silver Case: keep the original intact while adding to the whole in a meaningful way.