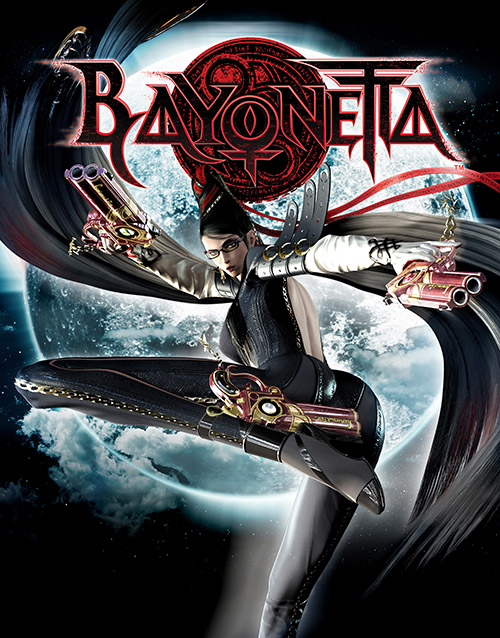 While PlatinumGames opened their doors over a decade ago, they’re most well known for their games around 2009, setting the groundwork for what we could expect from the company. The Japanese studio had released two Nintendo-centric titles, Mad World and Infinite Space, but it wasn’t until Bayonetta when they showed their chops. This was Hideki Kamiya’s first game outside of Capcom (best known for Devil May Cry, Resident Evil 2 and Viewtiful Joe) and it set the world on fire with its high octane combat. It was one of the best character-action games released during the last generation, focusing less on button mashing and more on timing. Sure, the story was ridiculous, but it was a breath of fresh air, especially considering Devil May Cry 4 and Ninja Gaiden II, while still decent romps, didn’t necessarily live up to their predecessors. After so many years, and a sequel that was exclusive to Nintendo, Sega has decided to bring the chaotic character action title to PC, and what a whirlwind it brings with it. The landscape is a significantly different place than it once was, but Bayonetta still finds a way to feel relevant.

The story is absolutely bonkers, but quite possibly in the best way possible. You take control of Bayonetta, a bodacious heroine who uses her sexuality, among other things, as a weapon. She strikes poses, blows kisses, has guns attached to her heels, and her clothing is made up of her hair, which she uses to call upon demons to do her bidding. In typical Japanese, anime fashion, Bayonetta is stricken with amnesia, which plays a significant role as you progress through the story, although her fighting capabilities aren’t at all lessened. She and the Umbral Witches are in constant battle with the Angels of Paradiso, which take the form of freakish demons. This is the complete opposite of your typical visual aesthetic where light is good and darkness is bad. Granted, there is a little more to it, but these angelic figures are far more deadly and unforgiving than any form of traditional demon. Some of the bosses have some of the most frightening yet confusing designs you’ll see in any game, being abnormally complicated. For that, it makes for a great time all around, even though you’ll only find an overly convoluted story with it. 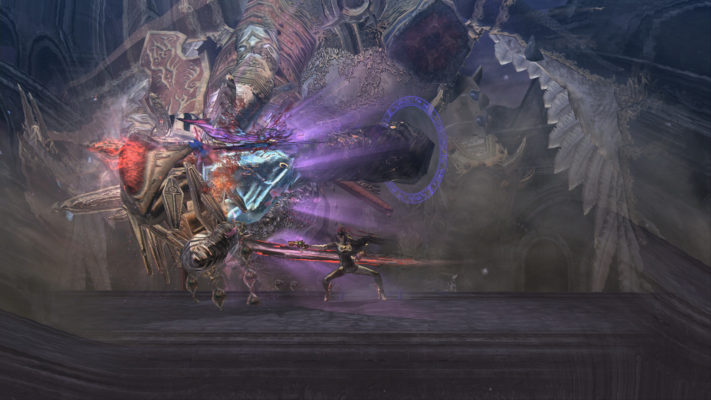 Gameplay is what shines the brightest in Bayonetta as it focuses less on button mashy mechanics and more on time-based combos. Sure, you can probably get through the game by hammering on Y and B (or left and right click if you’re not using a gamepad), but there are times when precise controls and specific combos will be significantly more beneficial. It’s a flexible system that, with the various acquirable combos, creates a bombastic experience. Even after so many years, it’s arguably the pinnacle of character action games in terms of combat, and it’s aided by Witch Time. Witch Time has become a staple in a number of PlatinumGames, be it Transformers: Devastation or the recently released NieR: Automata, but it’s in Bayonetta where it all started. This involves dodging an attack precisely to essentially stop time for you to land devastating blows on your opponents. There are also torture moves, instantly killing enemies after a specific gauge fills up, creating nothing but blood-filled chaos. Even by 2017 standards, Bayonetta holds up shockingly well, being a heart-pounding adventure that doesn’t skip a beat.

Now, the section of the review everyone wants to know about: how does Bayonetta hold up on PC? Well thankfully, it’s done with care. The original release over seven years ago was a beautiful experience, at least on Xbox 360. The Wii U version was able to match the Xbox 360’s visual fidelity a few years later and PlatinumGames even added to it thanks to the number of Nintendo costumes you could unlock, but this is the complete opposite of what PlayStation 3 owners received. It’s very well known that the port to PlayStation 3 was a complete mess, with a horrendous frame rate (borderline unplayable in certain sections), washed out visuals, and just lesser to that of the Xbox 360 version. Thankfully, that isn’t the case for PC. While PlatinumGames doesn’t have the best track record on PC as of late, Bayonetta seems like the exception as maxing all graphical options is one of the easiest tasks available. 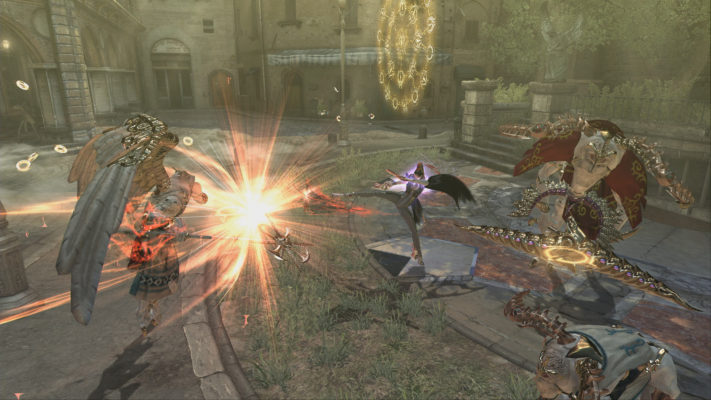 It is not difficult to achieve a stable 1080p60, provided that your PC comes equipped with a video card that was released in the last five years. Running this on a GTX 1060 felt like an overkill, as we were able to crank things up to 1440p with zero issues, not seeing a single hitch in performance. We could see 4K@60FPS with completely maxed out graphical options being relatively easy with a number of cards. Speaking of which, there are plenty of graphical options to play around with: anti-aliasing, texture quality, texture filtering, shadow quality, SSAO quality, Vsync, HDR capabilities, and there’s even a gauge at the bottom of the settings that displays how much VRAM will be used up. Suffice to say, Sega and PlatinumGames upped their game in bringing arguably the developer’s most optimized title on PC to date.

With that said, while the majority of the gameplay experience runs at 60FPS, the storytelling, both the in-game and still-frame cinematics, for whatever reason are locked at 30FPS. Considering Bayonetta was tailor made for a 60FPS experience to begin with, it’s confusing why PlatinumGames locked the cutscenes behind a frame rate that’s cut in half. It’s not as if the cutscenes are any less chaotic or frantic than what’s going on in-game, but alas, this is an issue that was built in when the game was first developed. Now in terms of the controls, Bayonetta has fully mappable keys, although the default layout is more than suitable. It more comes down to personal preference between gamepad and keyboard & mouse as both are on equal grounds. You might wear down your mouse quicker considering how many combos needed, but there’s nothing wrong with how the game is laid out from a control perspective. 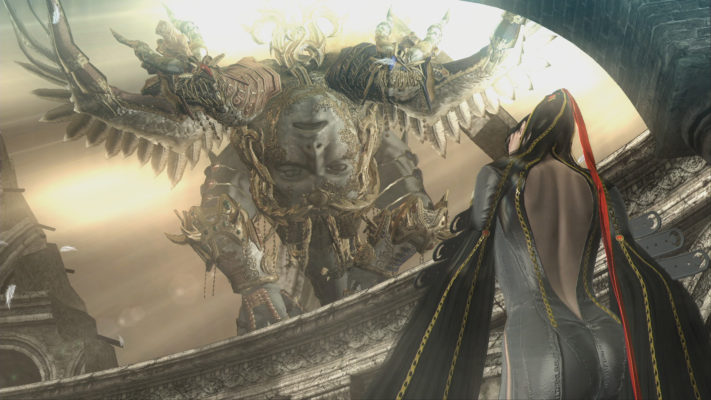 It feels like a dream seeing Bayonetta on PC, and thankfully, it’s no nightmare. While the frame rate is locked during cutscenes, everything else about the optimization has been done near perfect. Maxed out at 1080p60 is an easily achievable feat, even for older hardware, and the graphical enhancements only shed light on how well the visual aesthetics hold up so many years later. The controls are also done well for keyboard and mouse, so with the option of a gamepad, this is undoubtedly the best version of Bayonetta yet. As for the game itself, the story isn’t for everyone, especially considering how extraordinary deranged it is, and there are a couple of unforgiving combat scenarios. Fortunately, Bayonetta is still an alluring adventure that will hold a smile on your face until the credits roll.