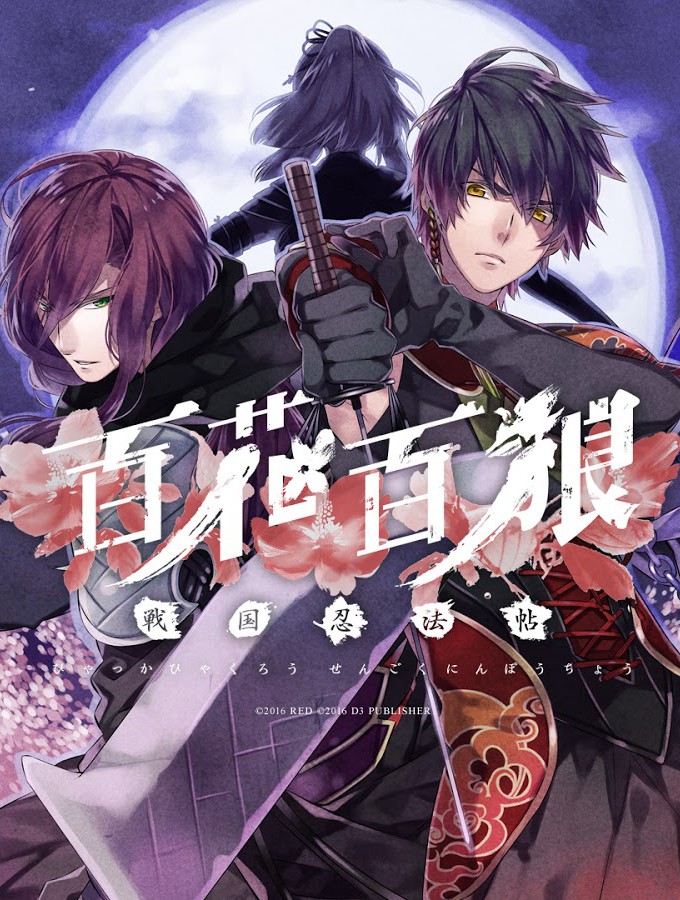 For some reason, there is a huge interest in ancient Japanese history in the otome visual novel scene. This is probably in large part due to the success of Hakuoki. The series is tremendously popular in both Japan and the United States and features a cast of hunky shinsengumi warriors. As a result we have seen numerous similar games make their way out over the years. One such title is Nightshade. Originally launched in Japan for PlayStation Vita, it’s now available exclusively on Steam in English. Fortunately, it doesn’t tread the same path that Hakuoki did. Instead of samurai, you’re given a look into the lives of ninjas shortly after the end of the Sengoku period.

The game begins with a bit of Japanese history detailing the longstanding feud between ninja clans of Iga and Koga. However, at a point, Nobunaga Oga completely trounced the Iga side. Those left standing were absorbed into the Koga family. Thus began a moment of peace as the two groups became one. Nightshade continues this tale by explaining how a child born of these two clans represents their newfound coexistence. This child is Enju Ueno and she has trained since childhood as a Koga ninja. Even so, people still treat her as a princess in many respects. She even has a legitimate bodyguard named Gekkamaru. Suffice it to say, this is not a luxury granted to any of the other ninja clan members and is quite the status symbol.

Enju is rightly annoyed and ready to get into action. Fortunately, the time has now come as a nearby town requests their assistance. A thief known as Goemon has been ransacking wealthy individuals and it is up to the Koga tribe to discover who he intends to strike next. Even though it’s a relatively safe job, Enju is excited to finally embark on a mission with some of her closest ninja friends. Everything starts off calmly as each member searches for clues. However, things take a turn for the worst when Enju ends up getting framed for the murder of an incredibly important person. At this point Nightshade truly opens up as players pursue the storyline from one of five different paths. Each path, of course, correlates to each of the five different attractive men which players choose to focus on. 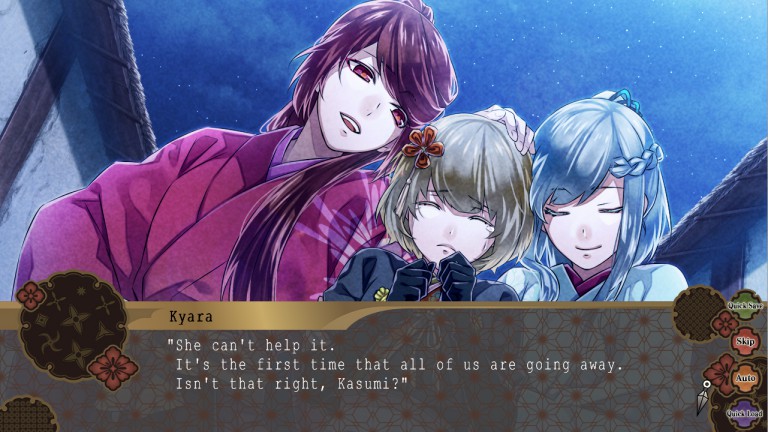 Some visual novels tweak very little depending on the route you’re on. Fortunately, Nightshade offers far more diversity between each of its five paths. Depending on the guy you choose, even key points of the murder change as well as what follows. This means that, although you aren’t required to play each ending, fans will definitely want to check out each one for the additional storylines it opens up. This level of detail does not extend to the good and bad endings per character. There are two endings for each romanceable guy and the bad endings simply cut the good ending short. They’re still worth seeking out but it would have been nice to see them branch out a bit further before concluding.

The first time through Nightshade takes around four to six hours to complete. After that point, you can mostly skip through the introductory chapters and only focus on your actual route. Grabbing additional routes takes around two hours each. As such, expect a completion to last anywhere from twelve to sixteen hours. Be warned, however, that some of the paths might not be quite so easy to find. It’s not that any are incredibly challenging, but that sometimes the choices are not obvious. Dialogue options in this game feel similar to other otome games. This means that the “correct” answers to get guys to like you might seem eye-rollingly silly or weird at times. There are guides available if you find yourself getting frustrated. 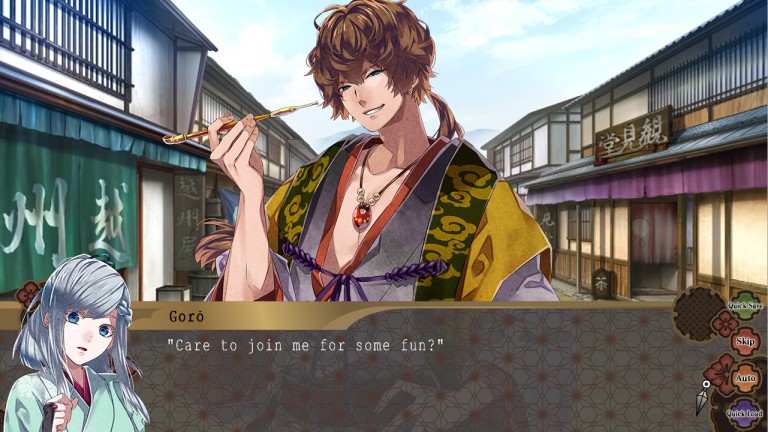 Then there’s the matter of Enju herself. Despite the early storyline painting her as a young woman ready and willing to show her ninja prowess, much of the tale focuses on her being incompetent. No matter the route, it seems men are regularly saving her from danger. This is not like Hakuoki where the protagonist is completely unskilled. Enju is supposed to be a lifelong student of ninjitsu. Why is it then that she spends so much time being imperiled? It’s a huge shame as Nightshade could have really stood out in the otome scene with a powerful protagonist who saves the men around her instead of this tired, terribly formulaic approach.

If you can accept that facet of the game, then you’ll be able to enjoy the hours of storytelling provided. This is definitely a game with a skillful production. Not only is the artwork absolutely gorgeous with its watercolor-styled look, but the voice acting is also excellent. Aside from the unvoiced protagonist we’re greeted with a cast of skilled voice actors. It is due to the licensing of said established actors that the release costs more than most voiceless visual novels. With the cast including the likes of Wataru Hatano and Hiro Shimono, this makes total sense. 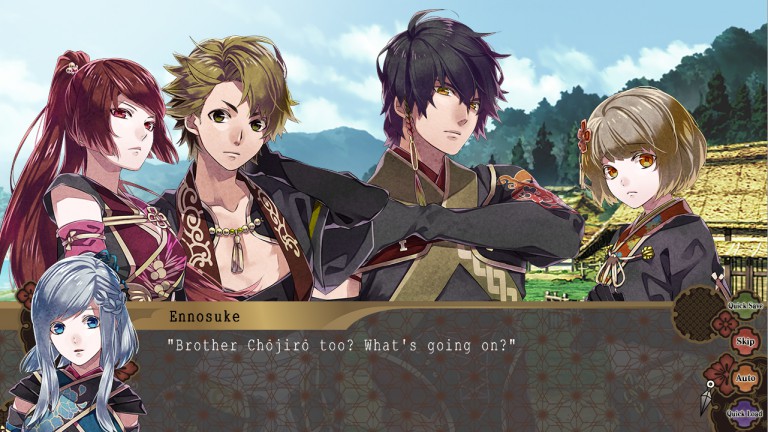 Nightshade has tremendous promise but tends to fall short in the moments that it fails to empower its own protagonist. As this continues to occur from route to route, one can’t help but wonder why she is even portrayed as an equal to the other ninjas if her skills are rarely demonstrated. Those who don’t find issue with it shall experience a tale filled with heroic men doing their darndest to save Enju and Koga’s good name. With excellent artwork and CGs, otome fans get a great share of eye candy. The star-studded Japanese voice acting cast adds to the experience and allows players to immerse themselves. If you’d like to experience a tale where beautiful men save you at every turn then Nightshade is probably for you.