After reviewing last year’s Bandai Namco fighter, One Piece: Burning Blood, I found myself a fan of the series. Never really watching it before, that title focused on a really exciting storyline filled with pathos and humor in equal doses. It was enough to get me started on the series. At the time of this writing, I have made it to episode 61, polishing off the achingly dull “Grandpa Ryu” storyline, so one can’t describe me as a strident fan. Still, there is interest enough to check out other ancillary tie ins to the series such as One Piece Unlimited World Red. As a title with middling scores across the board, there wasn’t that much expectation that this one would stimulate the pleasure centers of the brain to an exciting degree, but it seemed time to give Ganbarion’s take on the series for a spin.

One thing fans of the series should know is that this is purely a side story that has no impact on the overarching narrative found in the manga or anime. The Straw Hat crew is led to a forgotten island by Pato, a new to the series raccoon. In short order, Luffy and crew are caught in a trap that forces them to fight through battles from their past to rebuild the island for the locals and help their friends. So, it’s pretty much anime game trope #141. This is a personal favorite in that it allows the developer to revisit popular scenes for players without rehashing the story for fans of the series. It also serves as a decent jumping in point for the uninitiated since it doesn’t require an intimate knowledge of previous events as they are the ones on offer. Series writer Eiichiro Oda handled the story duties here, so all the humor and character quirks are intact. 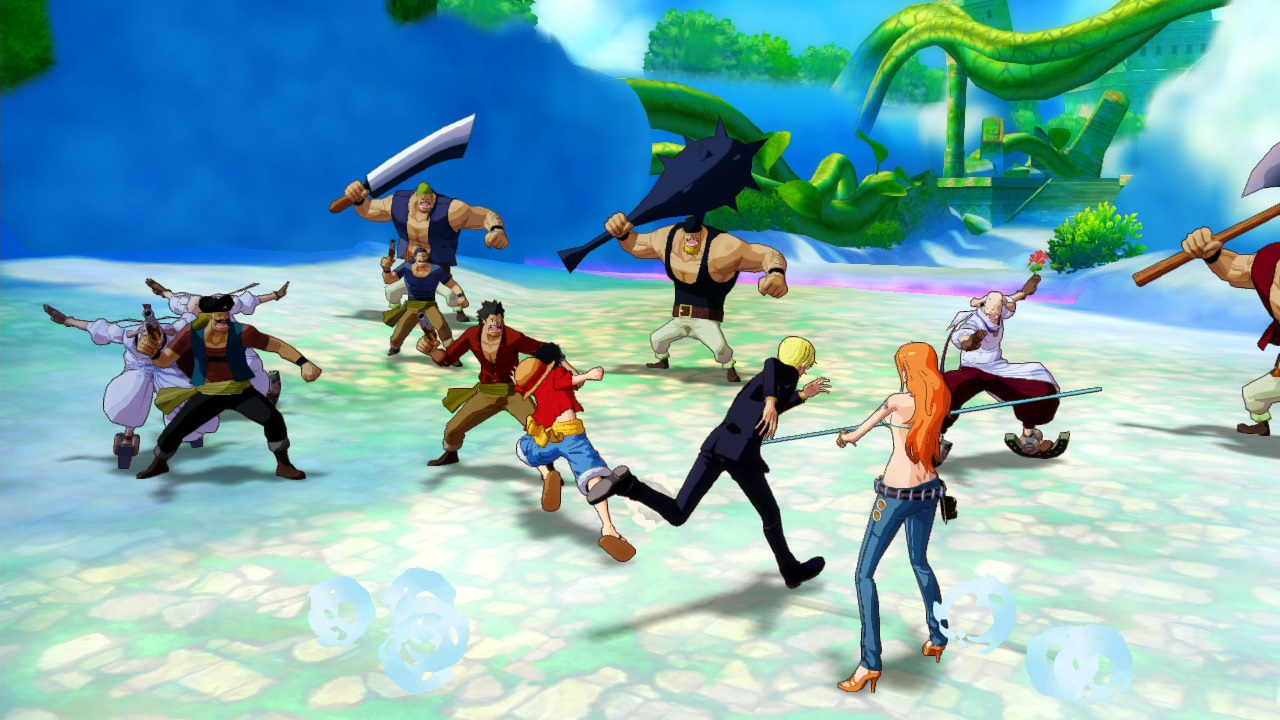 The gameplay itself is what elevates this above other tie in titles. Ostensibly, this is a beat ’em up in RPG form. Players will go through levels in teams of three crew members with the ability to switch between them at will. Each of the characters has their own combinations and special attacks, and feel different in play. Luffy is midrange with rapid fire attacks, Zoro needs to get in closer but tends to hit harder, and Brook’s just plain the most worthless character ever. Nami and Sanji tend to be quick brawlers allowing for hit and run tactics, while Franky lays down all sorts of heavy ordinance. Plowing through the stages, leveling up, and finding items feels natural. Each stage is laden with secrets to discover and various things that can only be activated by a particular character’s ability.

One obvious point is that the main story is rather short. Clocking in at nine main stages, it’s possible to tear through it in six hours or less. Just mainlining it misses a lot of what makes this entry engrossing, though. This is a title that places heavy emphasis on crafting and upgrading, and that goes for the home village as well as items and stats. For some reason, the various amenities that the previously bustling village has the talent to offer is missing. Only through found or captured items can the town grow to where it should be. So, they may have a talented factory worker that can create all sorts of different things, but only a pirate can give them somewhere to work. And then they charge that same pirate for their services. Gratitude is not the villagers’ strong point. 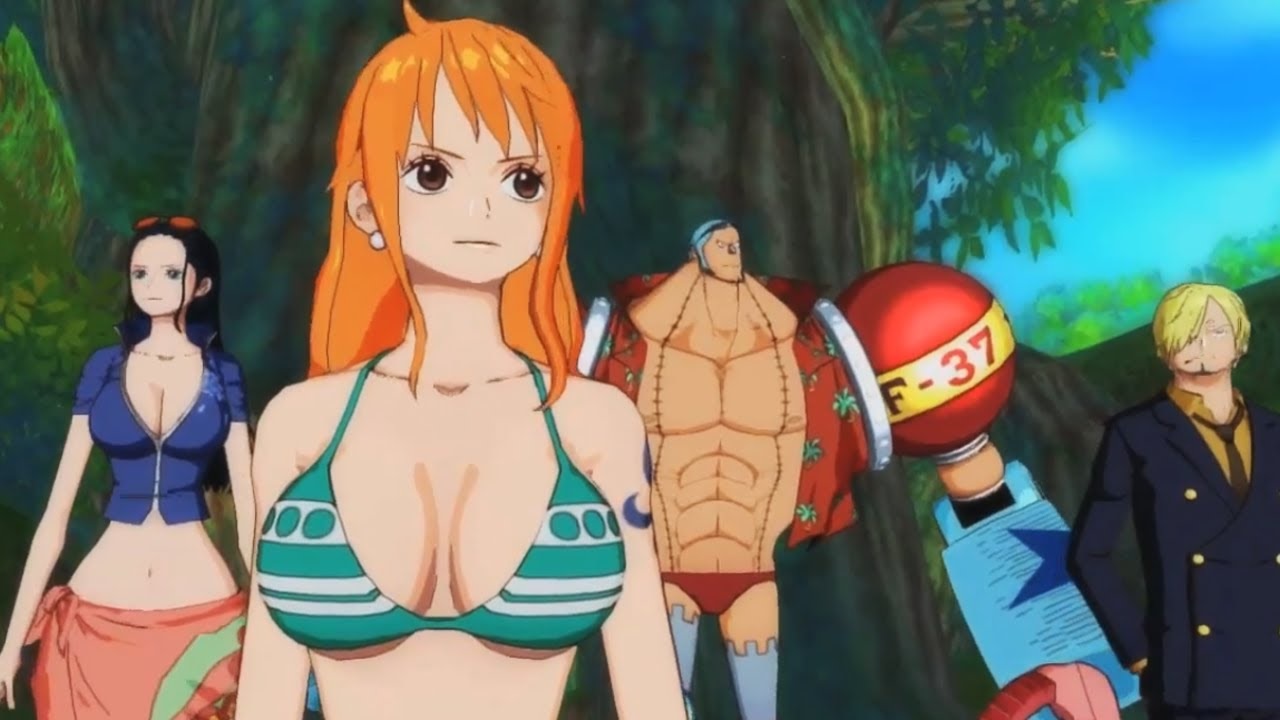 While the story might be the focal point of the game, the quests accessed through the bar acts as the reason to return. Typically smaller in scope, players will find themselves fighting unique bosses, clearing a certain amount of enemies, and other challenges that take place in both story maps and new ones created specifically for this mode. While the story mode is designed to be easier to finish off, these quests continually ratchet up the challenge, offering intense moments that force the player to ration healing items and stat buffs carefully. The special bosses also offer up some of the more interesting patterns in the game, and, by extension, the more fun moments.

The game isn’t perfect. The fishing minigame is poorly balanced, with multiple upgrades to the fishing pole needed before being able to catch even the most common fish, especially when compared to the bug catching version. The story levels also like to throw up a wall that forces back tracking to find a special “word” before progress can be made, which is slightly annoying. Plus, there are scratch cards that require specific character based coins to clear. On the Vita, at least, more of these coins are awarded through Near. So, yeah, that doesn’t work. 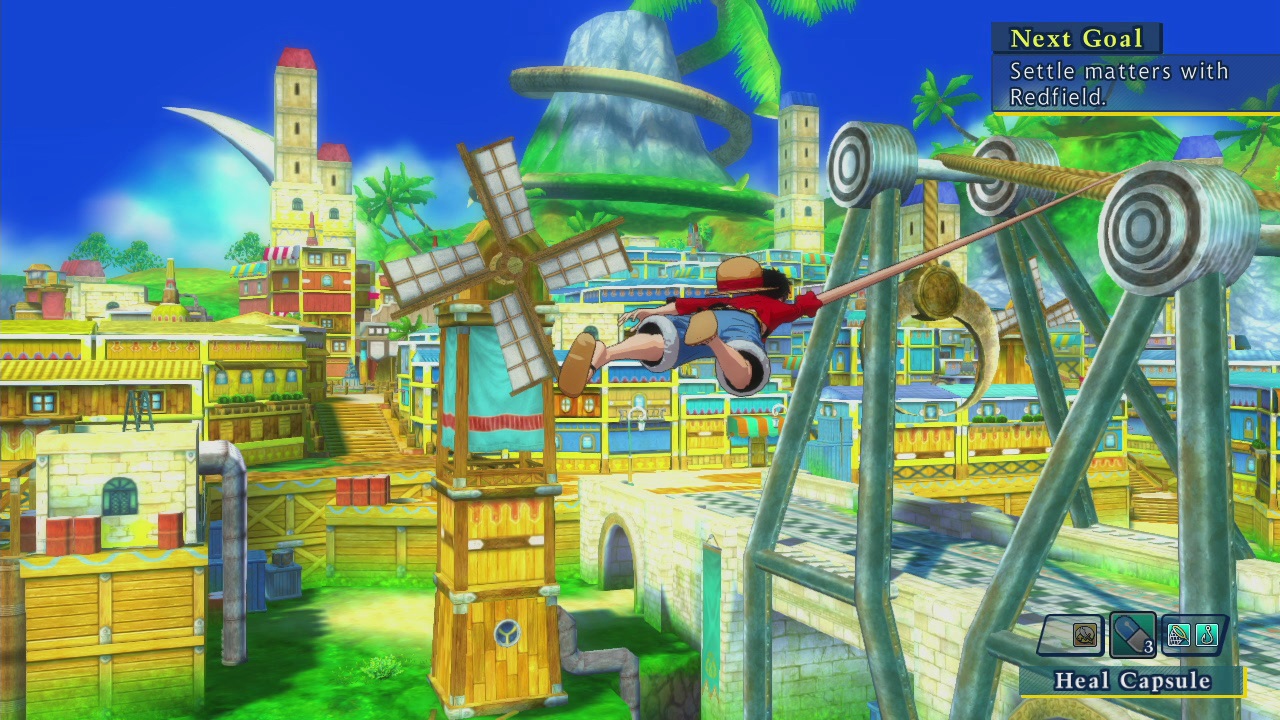 One Piece Unlimited World Red is, as a package, stuffed with things to do. Offering up a story that will be interesting but disposable for existing series fans while being entirely accessible to those who can’t tell the difference between Robin and Nami is, in itself, laudable. Providing goals for city and personal expansion that are always just within reach baits the hook. The never ending side quests reels the player in and pushes them into a loop of fight, build and fight some more, with some entertaining pugilism and more so much to accomplish.