I play a lot of games and my girlfriend, Cheyenne, does too. We either watch each other play or play together because games are a great way for a couple to enjoy their time with each other. Below will be a set of causal reviews, opinions and general stories about the games we are playing and why we are playing them. So, if you’re looking to playing something with your significant other or just looking to find something new for yourself, let us regale you with our co-op adventures. Beware, some of these will include spoilers.

Hey again, I’m Charles and this month my girlfriend and I are celebrating our third month in charge of this feature. Last month I just so happened to review the two games that Cheyenne and I talked about in the series but, lucky for me, that is not that case for the month of March. Speaking of March, seriously 2017, you have got to give us a break for one damn second. Whew. Now, with my obligatory shout out about how amazing the first quarter of 2017 has been out of the way, it’s time to get into what my girlfriend and I spent our time together on. Or, more aptly, how we ignored each other for a collective 100 hours in a month. The reason? It all boils down to two similar yet incredibly different releases from last month in Horizon: Zero Dawn and Mass Effect: Andromeda. 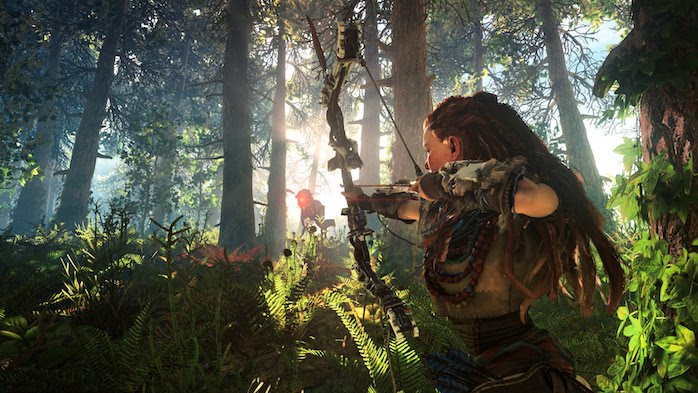 When it comes to big open world RPGs and loved ones, there’s obviously going to be a little bit a neglect that comes with the territory. In my case with Horizon and in her case with Mass Effect, however, casual neglect quickly spiraled into full on days of sitting in the same room not looking or talking to one another as we wrapped ourselves in our respective worlds. It’s worth noting that both of us sustainably dipped our toes in the other’s game of choice, but it comes nowhere close to the over 50ish hours apiece that we each spent apart from one another obsessed with our screens.

For me this obsession took the form of Guerrilla Games new IP Horizon: Zero Dawn, which has got to be one of the single best debuts for a franchise in the AAA gaming space in at least a decade. From the interesting characters and narrative to the Monster Hunter cross Far Cry style encounters, when it comes down to it, I could gush about all the small minute things I love in Horizon for literally the rest of the article. The real way Horizon hooked me was through its stunningly gorgeous and rich lore-filled world.

Post-apocalyptic settings are already a big sense of entertainment for me when it comes to games. From the haunting beauty of the recaptured world of The Last of Us to the barren, depleted and desolate wasteland in Fallout 3, the end of humanity, when done correctly, is a great setting rife for storytelling and interesting interactions.The thing that Horizon does so perfectly is taking this backdrop and flipping it on its head with, and I still can’t believe I’m writing this, robot dinosaurs. Yes, the lush overgrown world is in fact populated with some of the most creative enemy designs I’ve ever seen in your robot dinosaur adversaries. The juxtaposition of primitive weapons and tools coupled with the high tech enemy variants and downtrodden architecture scattered about the world is so eye grabbing that not once in my chase for the game’s platinum trophy was I ever for a second bored or not entertained. Narratively Horizon backs up its seemingly at odds world with an eerie mythos that left me scavenging the world for clues to its mystery and by the end had me wanting more with its cliffhanger ending. 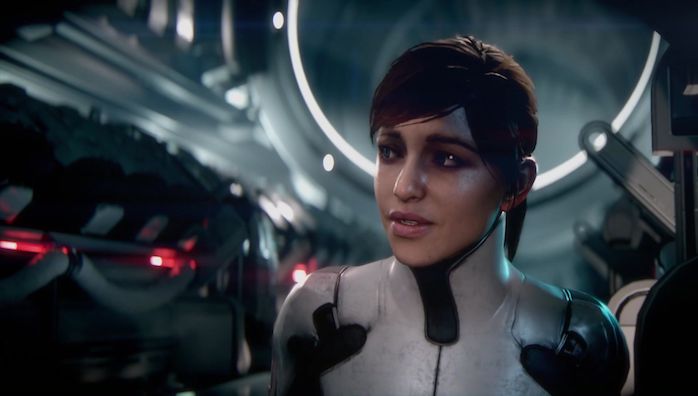 As for Cheyenne, this month the stars aligned in her case and graciously allowed for Mass Effect Andromeda to come out right in line with our spring break, giving her ample time to commence with her space exploration and banging aliens. After spending dozens of hours with Horizon, I had no right to tell her maybe it’s not the best idea to spend, literally, 60 percent of her waking hours in a week being space Columbus and clearing out newly discovered planets in the Andromeda galaxy. So with no one to stop her, she did what any Pathfinder would do and dumped an unconscionable amount of time into Andromeda over the span of her week-long vacation to a galaxy far far away.

As for her thoughts on the game, she’s not blind about its deficits, conceding that it lacks in areas where the original trilogy soared, but that doesn’t mean she’s not enjoying her time. In our little over a year together, I’ve never seen her so attached to a game as she’s been with Andromeda. She’s on numerous times regaled me with tales about her gameplay glitches and terrible face animation stories, but those conversations are then followed with long, sometimes maybe too long (seriously get a room), accounts of which aliens her Ryder is shacking up with. She has no problem admitting that no character in Andromeda is ever going to live up to the astronomical expectations that her one true love Garrus Vakarian set, but she’s also not opposed to falling in love with her new squad mates. She tells me I have nothing to worry about when it comes to her main fling Liam Costa, and I believe if I’m reading the internet memes correctly, we should be fine moving forward, right?

In the time we were able to put into each other’s respective game, we were both able see what the other person was into. She’s a dozen or so hours deep in Horizon and plans on going back once Mass Effect is totally finished for her. I think that’s perfect because it has just the right amount of RPG systems that it shouldn’t be too difficult to jump back into. On my side I’m around 7 or 8 hours into Mass Effect and after seeing her abject pleasure with where the story and characters are building too I’m much more willing to push through the somewhat slow start I think the game gets off to. Hopefully this means that Bioware will have time to iron out some of the technical problems that have plagued its launch.

Being a couple that plays games together has made being in the same room while not speaking to each other for hours at a time a common occurrence. Sure, we like to watch one another play stuff and pass a controller back and forth every now and again, but if there are single player games that we want to experience on our own, it’s nice to know that one of us is able to understand that other’s passion. It’s awesome because I never feel like I’m bailing on her to dump an entire night into a game and I’m sure she feels the same way. But, despite all of this, it’s going to be nice for things to go back to being normal for a mon— wait Persona 5 is out, isn’t it? Bye, Cheyenne. 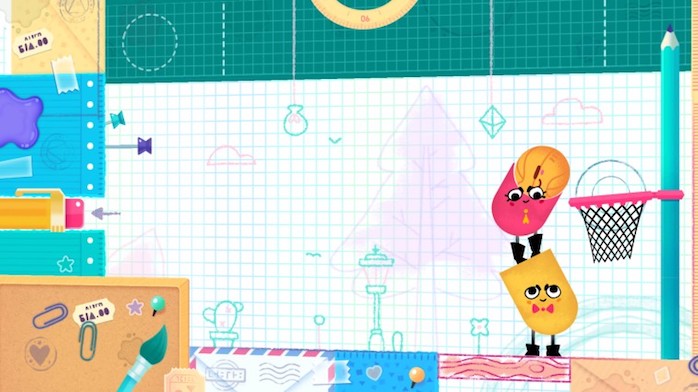 In other news, it’s official that both of us want to get a Switch. The key word there is want, and while we might want the system for different reasons, her for the inevitable Pokémon Sun and Moon port and me for the inevitable Smash Bros. port and collectively to cut each other up in Snipperclips, we are still on the fence. We could drop a few hundred bucks on it now and dive into the Zeldamania that is so prevalent, or wait until some more games come out for it. It’s a rock and a hard place for a number of reasons of course, but our biggest hold up is a question we want to leave up to you. Can two people truly share a piece of hardware? Or is it like a dog, where we both might claim ownership, but in the end the Switch is going to love one of us more than the other. Leave your comments below and help us solve our Switch dilemma!