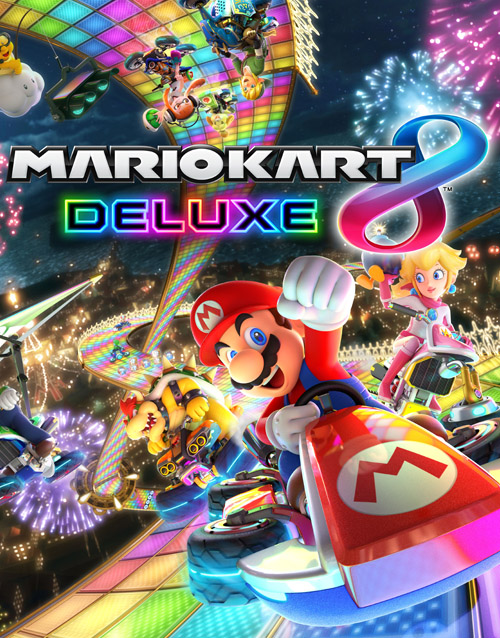 Mario Kart is one of the most iconic racing titles that has made its way onto every Nintendo platform since the original SNES. It incorporates fun, colorful levels with items to trip up any rival racers in a player’s path. Mario Kart 8 Deluxe originally came off to many players as an easy port for Nintendo to release in order to get the most out of the title by upgrading it to their latest system. While this is certainly partially true, Deluxe includes loads of new available content to entice new and returning players alike.

The general setup of Mario Kart has remained fairly identical between the most recent titles. Single player, local multiplayer, online multiplayer and now the inclusion of wireless play for the Switch. Single player offers the unique option of Time Trials, where players can try to get the best time on tracks and submit it to be challenged in addition to being able to race against an official Nintendo ghost character. Deluxe adds the ability to race these ghosts in 200cc, which is considerably faster and more challenging than the original 150cc. Local lets up to four players go head to head in battles or races, while online has players challenging anyone around the world and even enabling users to set up tournaments. Wireless play lets those with a Switch in handheld mode challenge up to seven other players with a Switch system, allowing two players on each system for the maximum twelve races at once.

One of the biggest draws for this title is, of course, the brand new content. Deluxe includes all the DLC from the previous release on Wii U in addition five brand new characters for the Switch release. The biggest change for Deluxe is the completely revamped battle mode. The Wii U title let players run through any of the available tracks while trying to pop the balloons of the other character, but was completely unlike any previous battle mode before it. Deluxe scrapped that entirely for a more traditional battle mode, complete with 8 maps to choose from. Four previous battle modes make a return including Balloon Battle, Bob-omb Blast, Coin Runners and Shine Thief. One entirely new battle mode called Renegade Roundup makes an appearance, which has one team with piranha plants trying to capture the other before time runs out. 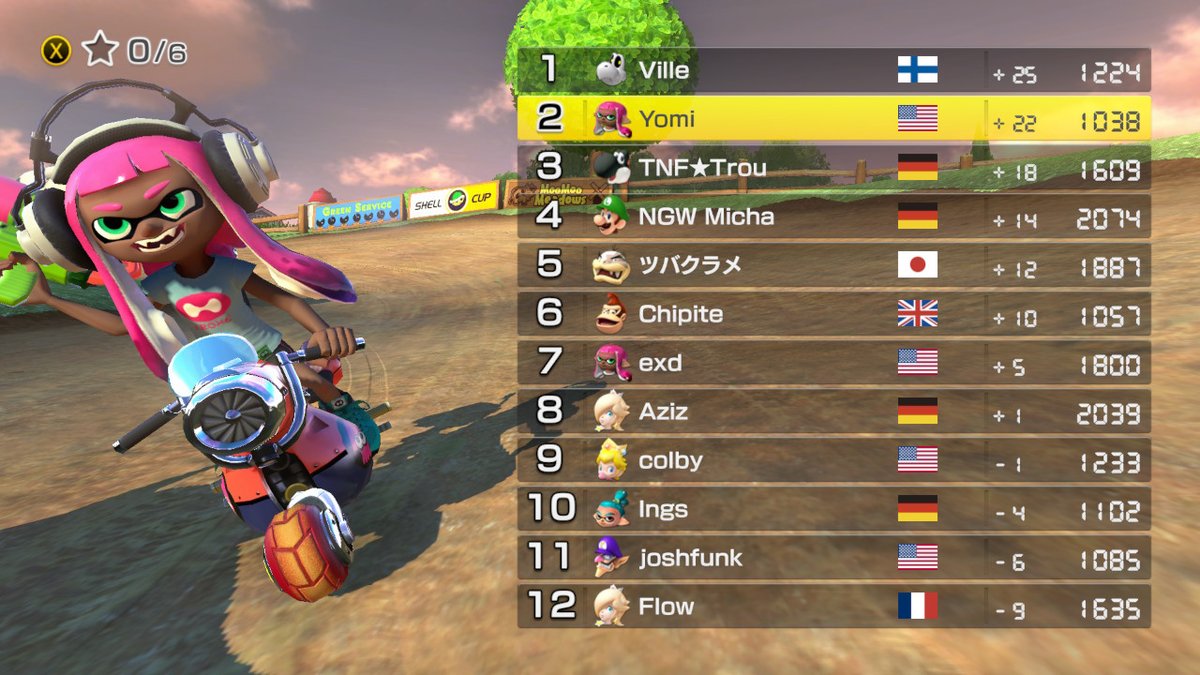 There are also a lot of new features players might not notice immediately. The boo and feather items make their return from the SNES title to mix things up, allowing players to steal items and becoming invisible with the boo, while in battle mode players can pick up a feather to jump over opponents and even steal balloons. Now while waiting in online lobbies there is an option to switch karts and characters before each race or battle making it incredibly convenient to swap things around without having to completely back out. Playing in handheld mode is also a huge improvement over the Wii U’s gamepad screen. When docked Deluxe will run at 1080p, but even in handheld mode players won’t feel as though it’s a huge downgrade as it will run at a gorgeous 720p and making it just as enjoyable no matter which mode is chosen to play with.

Deluxe introduces brand new feature to help new and veteran players alike called Smart Steering. When this is activated, karts will automatically steer away from obstacles and the edge of the course in order to keep players on track. There is also an Auto Acceleration which can be turned on, and like it sounds will always have the character pushing on the gas and moving forward even when not pressing any button. Neither of these can be used in select modes such as Time Trials, but are convenient for players who are just learning or need a little assistance taking those slippery turns on Rainbow Road. 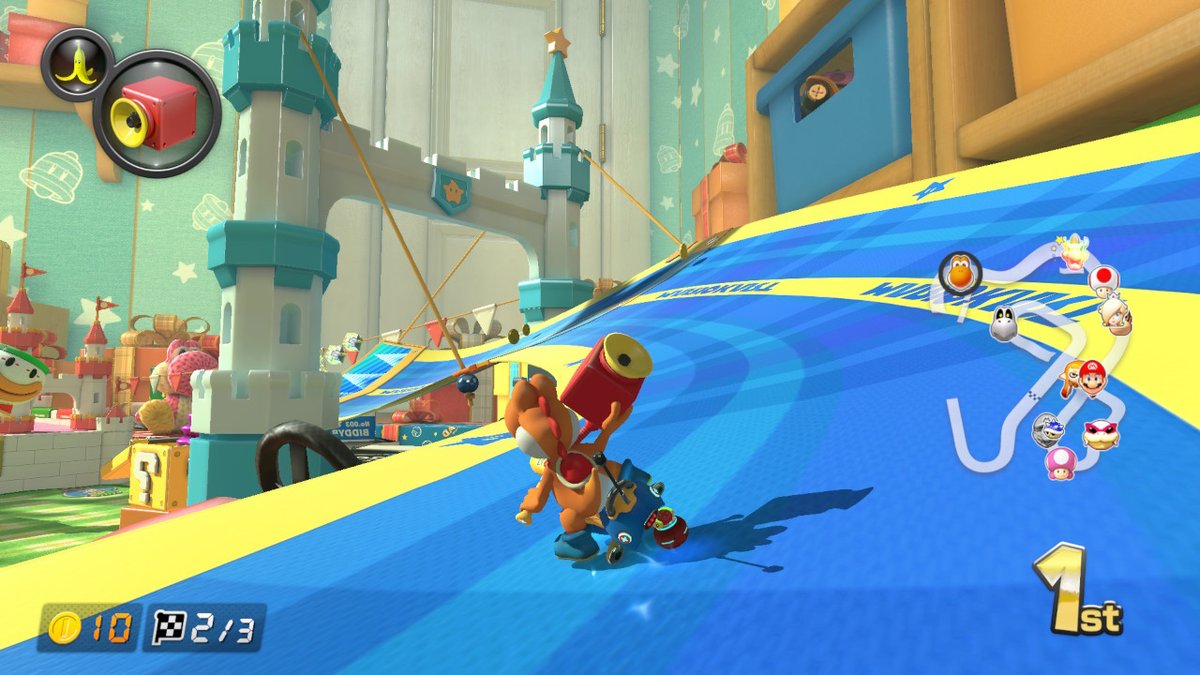 While the battle mode’s change was one of the biggest improvements to this title, there is no option to choose which mode to participate in when going online. The maps are selected randomly much like races, but each mode is also selected randomly after the level has been chosen. While it’s certainly a nice way to mix it up, it would have been preferable if players could choose their favorite mode to participate in along with others who also wanted to play instead of having no say at all. Players can at least choose their preferred battle mode when setting up online matches against friends, but it seems like being able to choose a mode with random players should have been available as well.

For returning players who are looking into the title, it should be noted there are no new racing stages. This might be a bit disappointing, but there is the benefit of the DLC maps becoming available for all players without any extra cost. While all characters are also available immediately, kart parts will still have to be unlocked by collecting coins which means gathering over 3000 coins to get every single part. It might sound a bit tedious for those returning players at first, but fortunately the new battle modes help mix things up while gathering all these coins again. 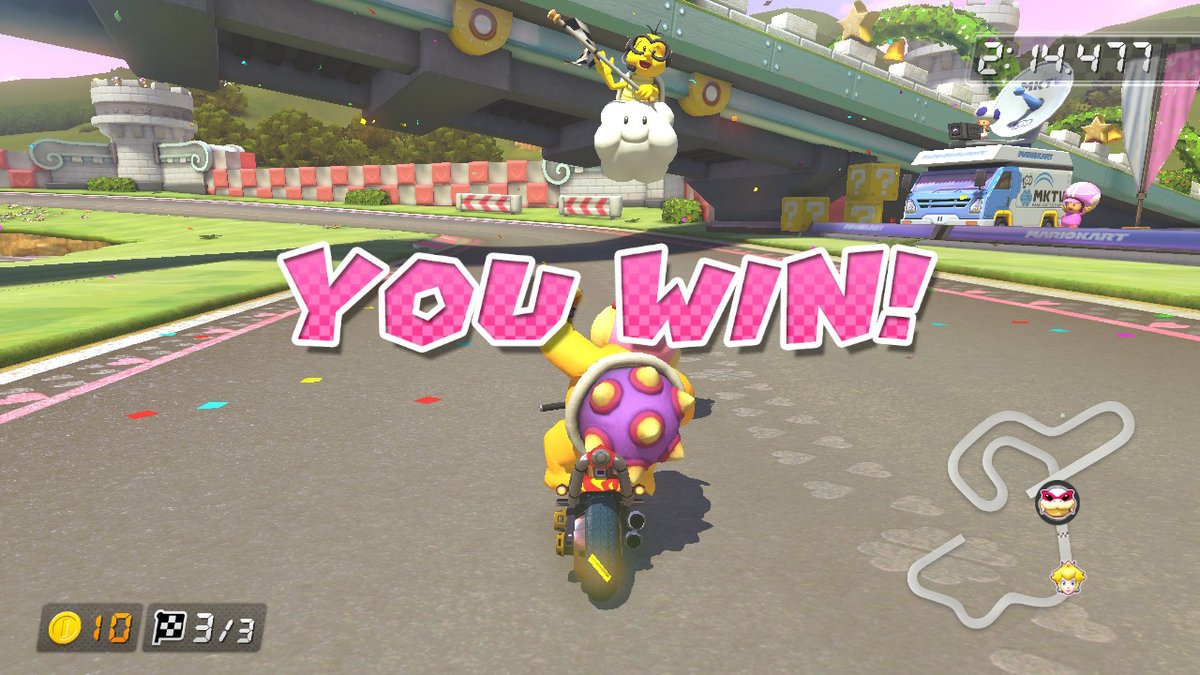 Mario Kart 8 Deluxe has taken all the best parts from the Wii U version and improves quite a bit upon where it needed some adjustments. From the entirely revamped battle mode to all the brand new characters and features, Deluxe is far more than just a port. Those who have never played Mario kart 8 and have a Switch should consider this a need to play title, and those who had it on Wii U should know that this is still worth picking up as it is the definitive version by far. Whether racing on the track or taking down opponents in battle mode, Mario Kart 8 Deluxe is a perfect addition to the Switch library and remains the best Mario Kart title to date.