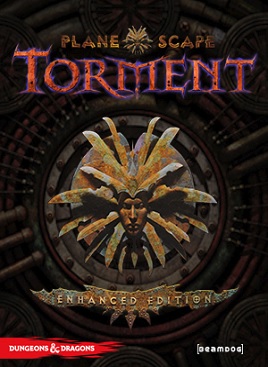 When it was first released, the market wasn’t exactly kind to Black Isle Studios’ Planescape: Torment. A PC exclusive RPG, it used the Infinity Engine to create the experience in a time when the market was filled with all sorts of quality titles based on the same, making it seem like “another one of those.” Coming out right before 1999’s holiday season didn’t help. People likely to buy it for themselves were more concerned with affording gifts for others and the cover, featuring a blue guy with his skin falling off, didn’t exactly scream “holiday cheer.” The original release’s underwhelming performance is an abject shame, as the game itself was exemplary. Fortunately, it’s gained quite a following over the years, leading to Beamdog finally turning their remastering talents towards the title. With their solid work in updating the Baldur’s Gate and Icewind Dale titles, Planescape is in good hands.

For those who haven’t experienced this title before, players are placed in the moldy boots of The Nameless One. He awakes in a mortuary with no idea as to who he is and how he got here. His only clue lies in the tattoos and stitching etched into his skin, like the guy from Memento, except a tad more rotting. Joined by Morte, a sarcastic floating skull, he soon learns that he is immortal. He cannot die permanently, and with each new life he forgets what occurred before. With a fresh resolve, The Nameless One journeys into the world of Planescape to learn the true circumstances of his being while making amends for his past mistakes. Or making those past mistakes hilariously worse, depending on the player’s mood.

As a setting, using Dungeons & Dragons Planescape really works in the title’s favor. It uses the 2nd edition rule set, so it’s familiar with fans of the pen and paper experience in addition to those who have played other RPGs adapted from the same material. Yet because of the relative obscurity of this setting, the world feels fresh and exciting, if a bit too squishy and covered in gore for some people. Taking place in an “in between” realm designed to act as the connective tissue between the more recognizable realms and allowing for various creatures and wildlife from the other campaign settings, the game feels like it’s bustling with an otherworldly energy that just hasn’t been captured in any other game since. 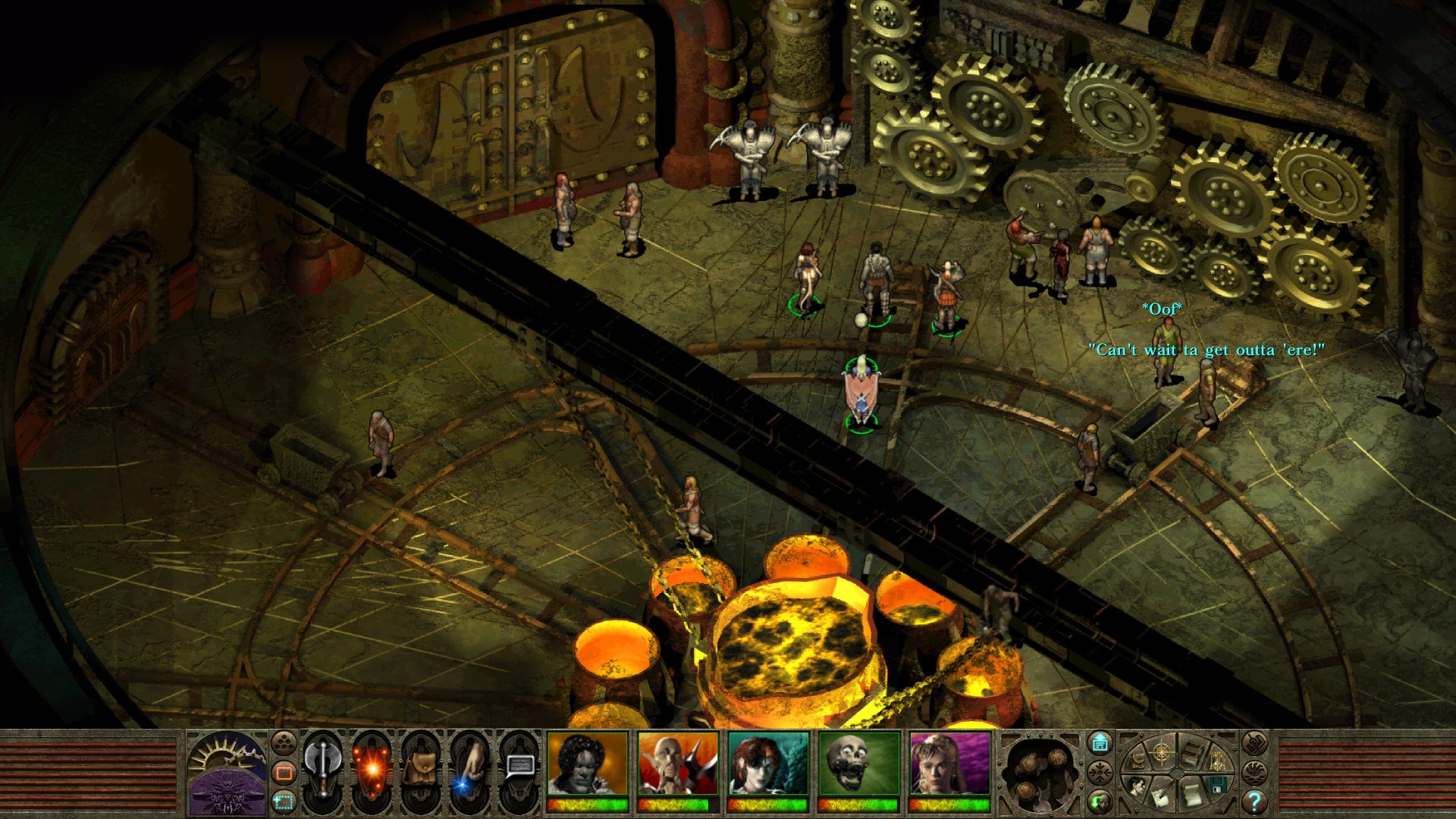 Of course, one cannot talk about Planescape: Torment without discussing the writing and moral choices. It is just as good now as it was when it was first released. Truth be told, it’s actually better than I remember it, thanks to the time I have had to “mature” (scare quotes intended) and gain a better ability to understand the complex and morally gray choices thrust upon me. One really simple early situation comes in the form of a hysterical woman calling for help, claiming that her sister is being accosted in a nearby alley. This woman is lying, trying to lead the Nameless One into a trap. All those years ago, I killed this woman for attempting to get me robbed, because screw her. This time, I scolded her for her stupidity, gave advice, and sent her along. Both options are squeaky clean, but my thought pattern was noticeable different.

The dialogue also stands out, most notably with Morte. It’s strange that a floating skull could manage to be so endearing, but his character is injected with heaping gobs of personality. He seems to take being treated with respect and kindness as a challenge and responds uproariously to returned verbal barbs as the Nameless One and he explore the world together. Other party members can be won over and added to the party, and they each have their own personalities, but none of them surpass Morte in my book. In fact, upon my death, I am granting permission to hollow out and flay the skin from my skull to create an authentic Planescape: Torment keepsake to be displayed next to other gaming collectibles. It won’t be bella, but I won’t regret what was done (Editor’s note: Pray for day…). 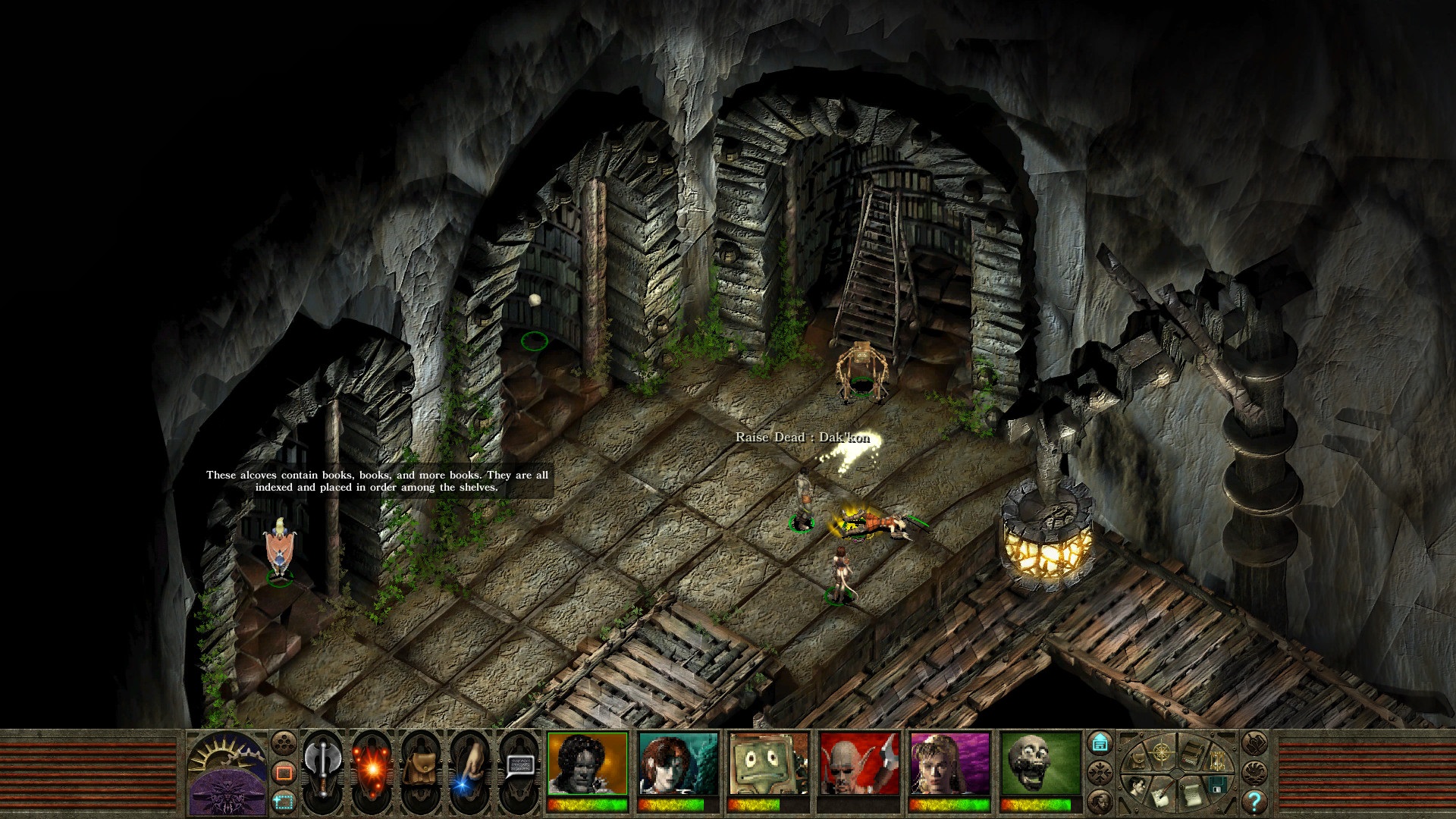 All of this covers the game as originally released, and that is just as it should be. The team at Beamdog have made it a point in the past not to ruin the original experience with their update, and that holds true here. The resolutions have been updated, give the game a crispness that wasn’t present before. In doing so, they have basically updated the look to be about as good as the original looked through rose colored glasses (assuming the camera is pulled back a bit). The sound has also been remastered, and it does sound much better than I remember the original. The music here has a haunting, ethereal quality and the voice acting sounds a bit more accomplished. Other quality of life improvements have been made, such as the quickloot system, sprucing up the edges while keeping the excellent core intact.

Here comes the part that is dreaded, but there are a couple of issues that hold this title back. First, and frequently recognized, is the combat. It could be worse, but the battles in this game tend to devolve into hit and run tactics to keep what’s left of the Nameless One’s skin on his bones. It’s more tedious than terrible, but it wasn’t great originally and it didn’t age well. Actually clicking on people and objects is a bit more cumbersome than it should be, as well. It seems like there is more of a precision needed to hit the mark than one would normally expect. Considering that this is noticeable in a mouse controlled game, a bit of tweaking to the detection boxes would have been in order. 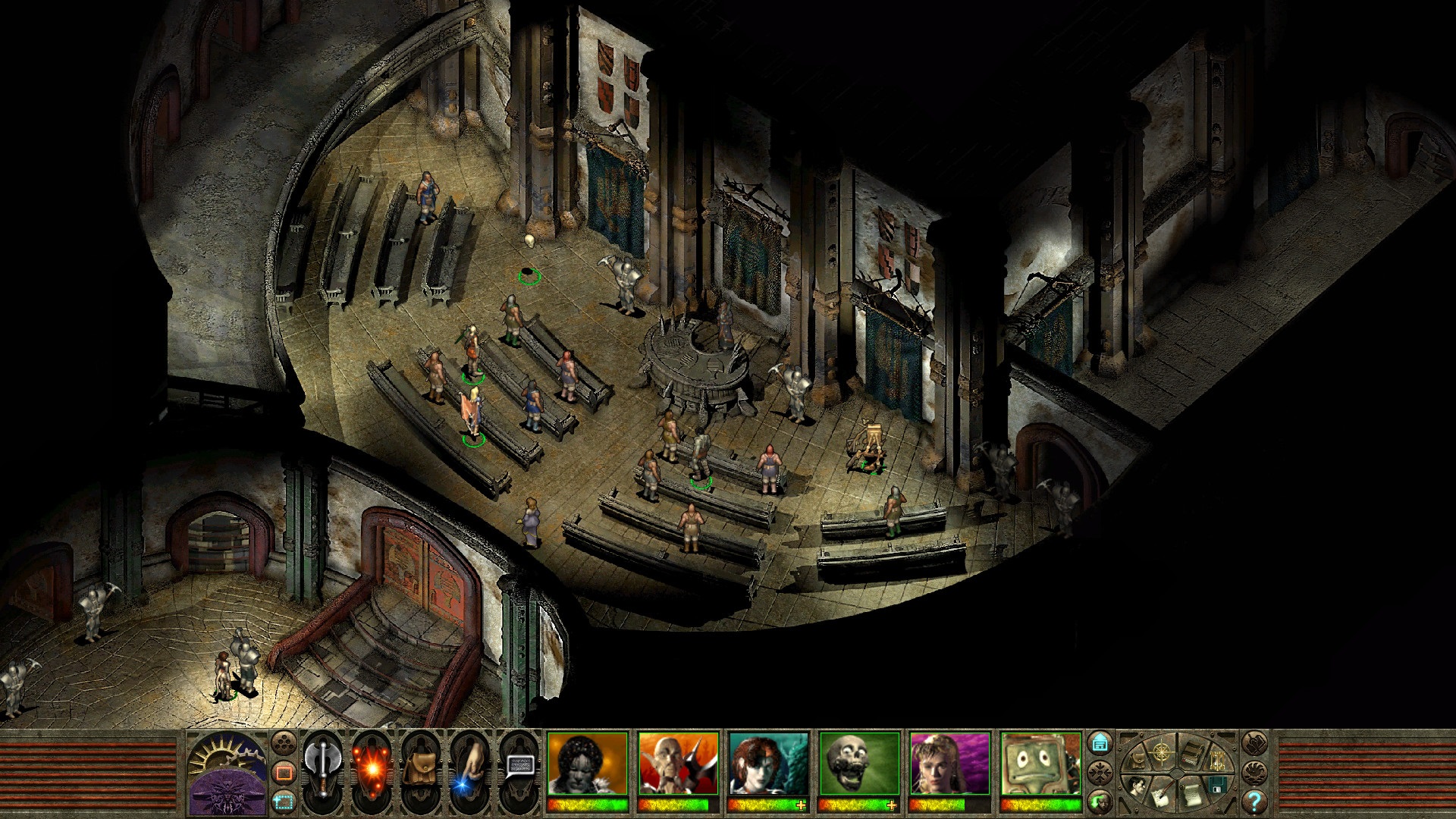 Picked nits aside, there is no better time to explore the world of Planescape with this enhanced edition. The content of the game has aged extremely well, providing almost endless hours of top notch exploration, dialogue and story. Beamdog has done a great job with getting it running better on modern machines while not going overboard. It ran without a hitch on my humble, underpowered laptop. As a must play for returning fans and newcomers alike, there is no real reason to skip Planescape: Torment: Enhanced Edition. This is PC RPG gaming done right.