Persona 5 released on April 4 this year for North American audiences and has received an abundance of critical acclaim. Today, Atlus thanks fans for buying and appreciating the game. In a post from the official PlayStation blog series director Katsura Hashino, he wrote a letter declaring the passing of the Persona series unto someone else: “Last year, with the milestone of the Persona series’ 20th anniversary, I handed off the series development to my successors and announced the start of my new RPG project that takes place in a fantasy world”.

Project RE Fantasy is the RPG in mention. It was revealed back in December and will be the first project of Atlus’s new studio, Studio Zero. Last month there was hint of Hashino’s departure as in a Waypoint interview he said there was “no guarantee” that he’d stay with Persona after 5. In closing Hashino wants to thank fans for all the support they gave to the series: “These efforts are only made possible thanks to the positive reception we receive from fans—not just in Japan, but worldwide—of the Persona series and Atlus RPGs in general. I appreciate all your support for the newest entry in the Persona series, and I hope that everyone will enjoy the new Atlus RPGs to come.” 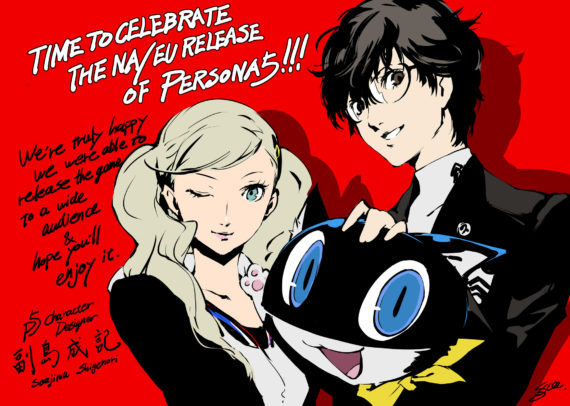