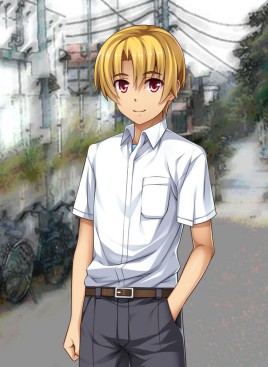 Years ago, MangaGamer began translating the Higurashi When They Cry series of visual novels into English. Unfortunately, the translation was quite rudimentary and was eventually removed from sale thanks to a much more recent re-translation by the vastly improved team. This initiative began in 2015 and has continued ever since. The big issue for fans is that each chapter in the tale makes you simply want to read through everything at once, rather than needing to wait months between releases. In any case, we’ve finally entered the Answer Arc for Higurashi with Higurashi When They Cry Hou – Ch.5 Meakashi. Fans will recall that all previous chapters in this winding, disturbing tale have given different explanations for what happens within the rural town of Hinamizawa and taught us more about the main characters.

Despite all this revisiting of events and expansion of character narratives, there are a few characters who have still yet to receive the spotlight. This time around we get to learn a ton more about Mion’s identical twin sister Shion. Yet it’s not another retelling because we jump in with Shion before Keiichi even appeared in the town. Instead, we learn some seriously interesting aspects of her backstory and what exactly being a Sonozaki sibling means. There’s another tremendously exciting aspect for longtime Higurashi fans. We finally get to interact with Satako’s brother Satoshi. We actually get to see what it was like when he was around and the events that led to his eventual “transferring out” of school. Although there was absolutely nothing wrong with previous chapters of the story, it’s fantastic to finally see a wholly different part of the storyline – one that has been hinted to continuously but never before shown.

Obviously, with this being the case, no one should jump into Higurashi When They Cry Hou – Ch.5 Meakashi before playing all previous four chapters. In some sense, it is a beginning of the storyline, but these reveals best come after experiencing everything else. It wouldn’t feel nearly as satisfying otherwise. So, what exactly is in play with this episode? 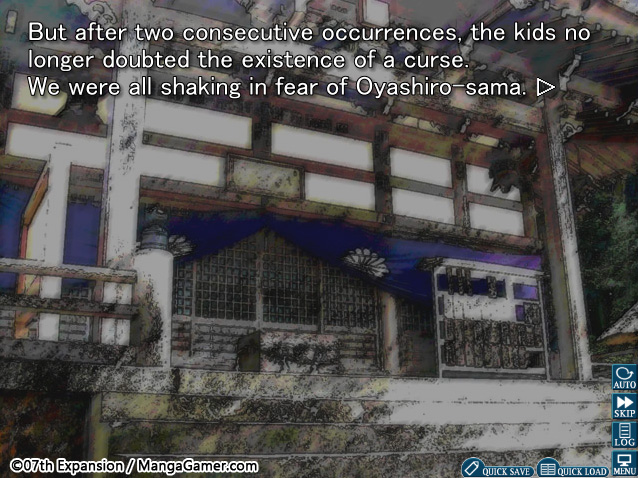 At the very start, we learn that Shion is in an awfully unhappy situation. She has been forced to live at a Catholic school because the Sonozaki family only desires to keep Mion in their presence. According to legend, the twin sister should have actually been killed, but they decided to send her far away instead. This simply won’t do for Shion who is both homesick and missing her sister. After breaking out at the start of the game, she comes to town and promptly crosses paths with the infamous Satoshi.

Satoshi, of course, is a far different character from Keiichi. Despite everyone always saying Keiichi acts so much like him, the two couldn’t be more different. Higurashi When They Cry Hou – Ch.3 Tatarigoroshi revealed what a terrible life Satoko had – and Satoshi shared in a similar fate when he was still in Hinamizawa. This has led to a very brave, but also very clumsy, boy who wishes for others’ happiness over his own. Shion also crosses paths with a few other characters who have mostly been unknowns in previous chapters due to dying off too quickly to learn about. All in all, it brings a really satisfying, refreshing look at Higurashi which answers questions posed by Higurashi When They Cry Hou – Ch.2 Watanagashi. With that said, the chapter also gives players other questions to fill their heads with. 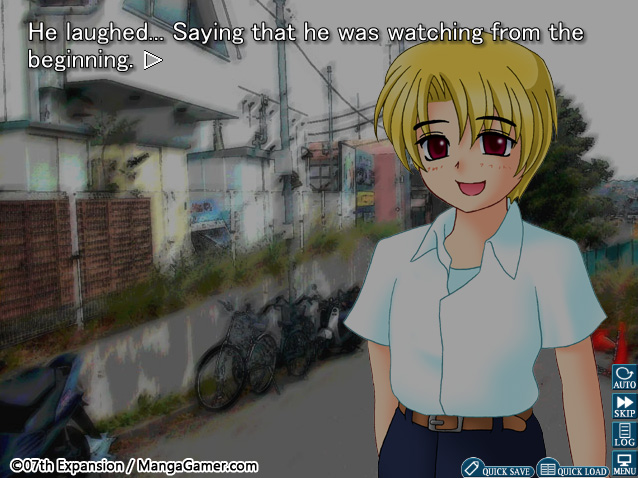 As with all previous chapters, the latest Higurashi includes both the original (and surprisingly silly) sprites alongside redrawn ones. And, as usual, despite not being equivalent to the PS3 version, fans have already worked to add those assets to the PC release. Both English and Japanese text are available to swap on the fly. There’s very little in the way of typos, as well. During my playthrough the biggest issue was simply that some words ran together without spaces in between them. Chances are, these are already being targeted with an update if they’ve not already been addressed.

Higurashi When They Cry Hou – Ch.5 Meakashi is neither the longest or shortest Higurashi entry let. Most previous episodes last players between ten and thirteen hours depending on their reading speed. However, Higurashi When They Cry Hou – Ch.4 Himatsubushi was far shorter at around four to seven hours. The current chapter falls in between these lengths at seven to ten hours for a run through. Again, as with the rest of the series, it’s a kinetic visual novel meaning there’s no different endings to collect by replaying. With that said, some of the most lore-hungry fans may very well want to play through again to fully grasp the information revealed this time around. 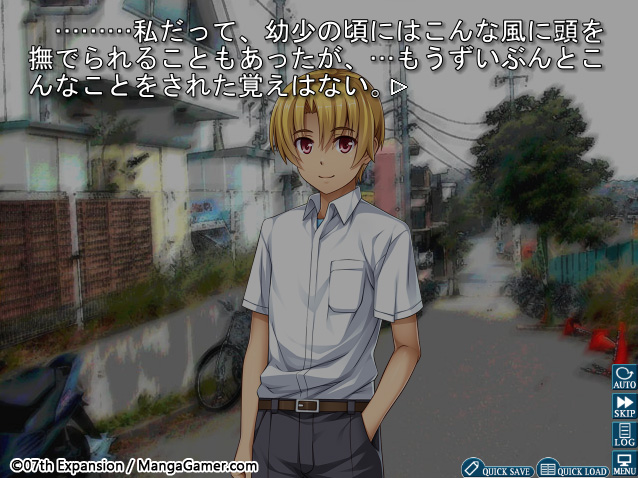 Higurashi weaves such an intense tale each and every chapter. After being involved for this long, it’s nearly impossible for fans to stop playing now. We’re finally being rewarded with an Answer Arc and getting to learn far more about the events which transpired. As future chapters release, players will finally begin to hone in on the actual truth of the matter. Higurashi When They Cry Hou – Ch.5 Meakashi offers a rather bloodthirsty introduction to Answer Arcs and also a much-needed explanation for earlier events. There are still more chapters to go, but if they’re anything like this one, players are going to be in for an amazing ride.