Redout has been a shining star for PC gamers who loved anti-gravity racers like Wipeout, and it has just received its first batch of DLC for $7.99. The new Neptune pack adds a new environment to the mix, giving players five new tracks alongside a new boss track. A new team of racers has been added as well named the Buran, with angular shapes and a high threshold for damage. A slew of new vehicles skins have been added as well, while the OST and artbook DLC present in the deluxe edition have been expanded upon to reflect the new content. Other big updates include the addition of local splitscreen support and perhaps the biggest change is in a complete reworking of the lighting. 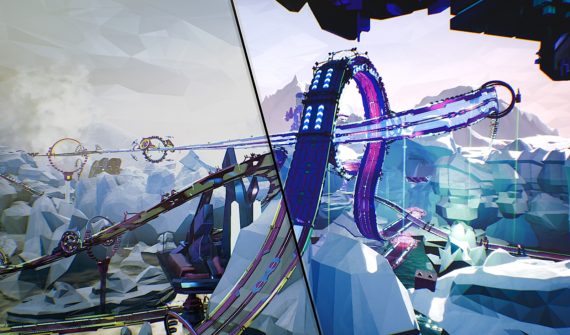 Tracks are now being given a lot more color to them, and the end results are absolutely stunning. HDR support has been added, making the in-game worlds pop like never before. There’s also a nice performance boost, with a massive overhaul in optimizing the game for all kinds of hardware. Those who found the game too tough can now adjust the AI difficulty, and turns that were once problematic have been smoothed out. This is a massive overhaul and feels like the folks at 34BigThings really wanted to raise the bar when it comes to free content. To celebrate the DLC, the game’s deluxe edition with all of its content has been discounted by 15%. This brings it down to $39.92 – a shade under $5 more than the base game, and this includes the Neptune Pack as well. Conversely, you can get the game for $17.50 on the Humble Store now – sans the DLC.