E3 is just a month away but Nintendo has decided to treat us to a quick peek at some of their titles before the big event. A Nintendo Direct was surprisingly announced today and takes place Wednesday evening.

Tweets and posts on Nintendo’s social media accounts announced the Direct starts at 3 PM PST and 6 PM EST. It will mostly be covering Arms. It claims to dive deep which could mean more ways of fighting, different arm attachments, some sort of backstory and perhaps even a new character. Nintendo will also treat fans to a fresh new Splatoon 2 trailer!

This came out of nowhere which definitely means Nintendo is keeping us on our toes! Watch the announcements on Nintendo’s website, Twitch or YouTube. 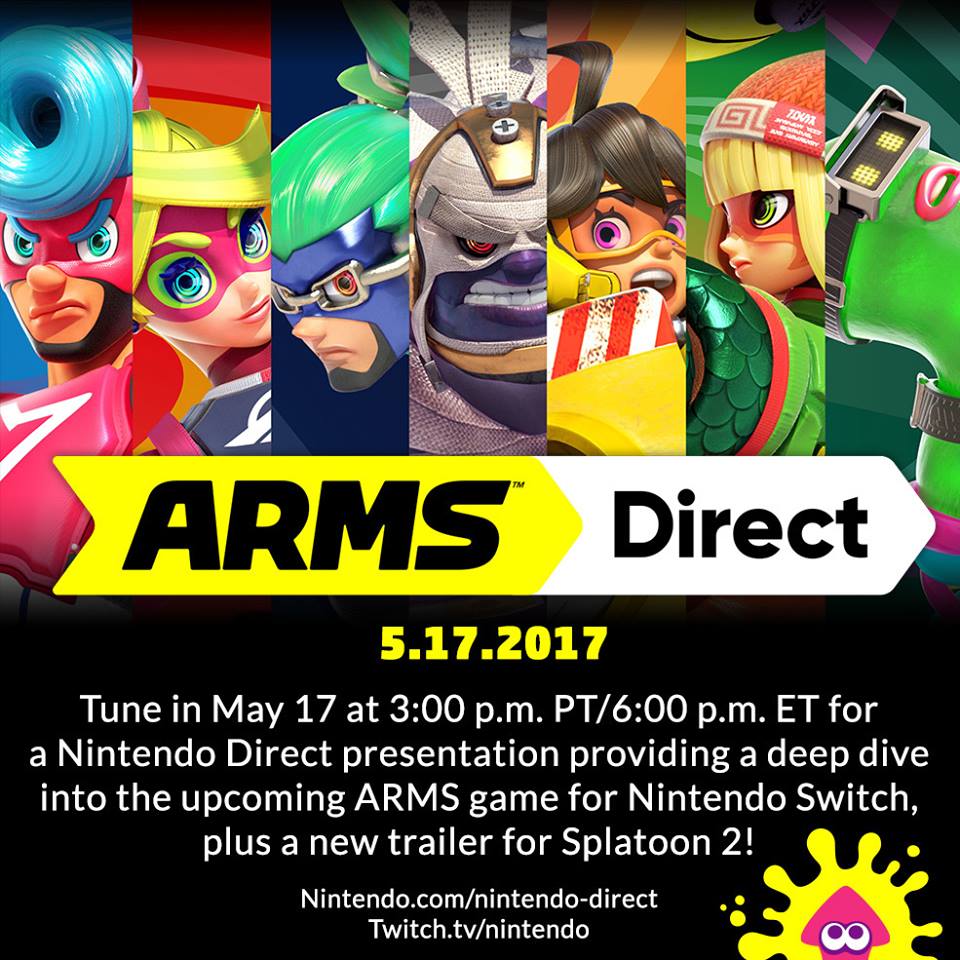