Earlier this week, Famitsu revealed new information about Fire Pro Wrestling World. Today, Spike Chunsoft updated the game’s Steam page and not only confirmed that, but confirmed several other features as well. Confirmed offline modes include exhibition, tournament, and league modes. League can be a round robin-style tournament with eight wrestlers per bracket and up to four brackets. There can be normal rules, a steel cage, a barb wire deathmatch, and a landmine deathmatch. Gruesome/MMA fights are in, and will feature female fighters on the roster for the first time ever. Battle royals are back and can be either timed intervals akin to a Royal Rumble, a regular battle royal, elimination, elimination by toss-out, or a one fall affair. 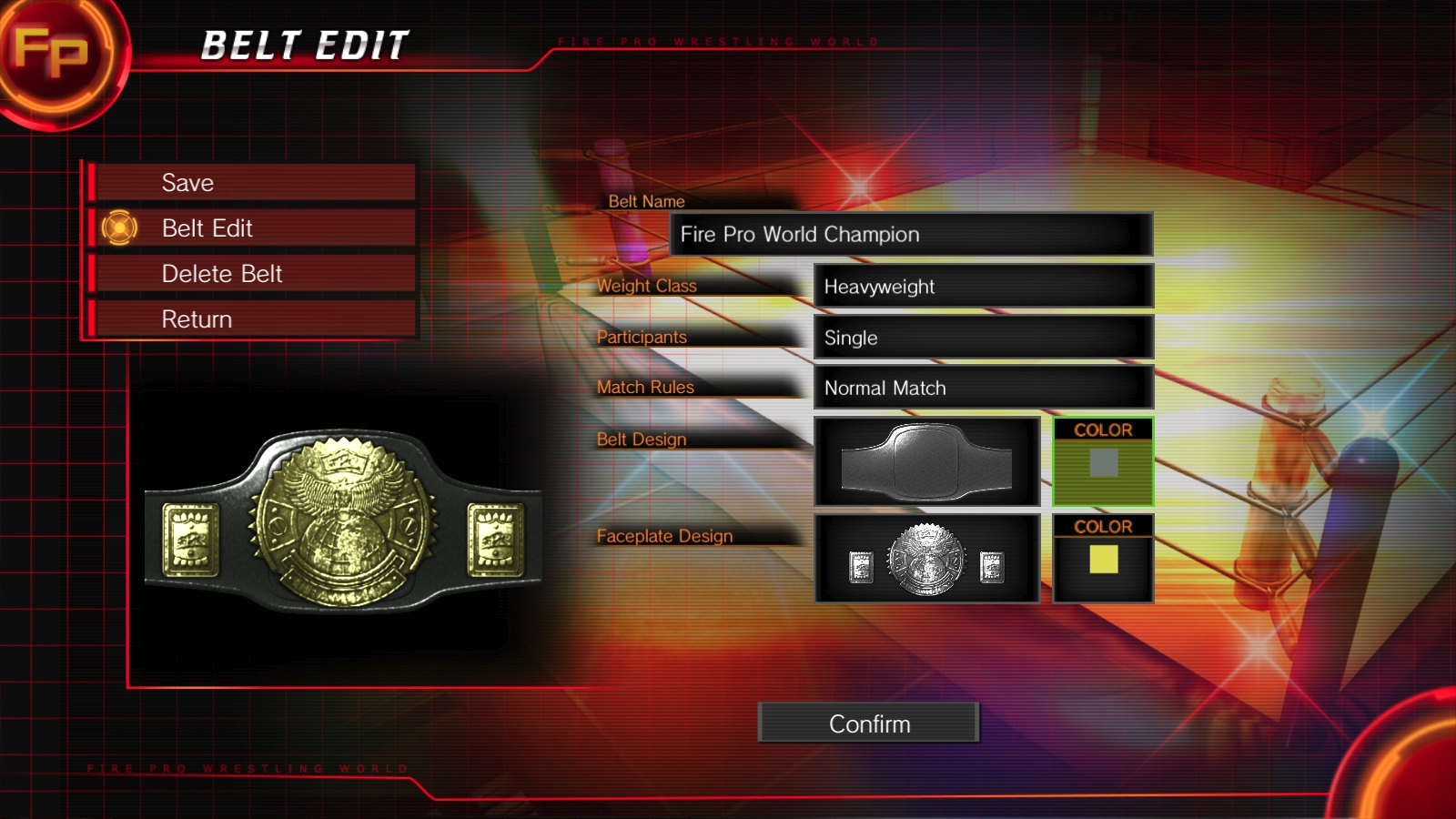 Title matches will also be included and be used in custom title matches – so title creation is back, and hopefully the belt selection is improved. Before, you could get solid replications of under a dozen real-life titles, so expanding this tool would be nice. Mission mode has been added as a tutorial, and you can keep the ever-popular CPU vs. CPU matches that made earlier Fire Pro games standouts thanks to the brilliant AI logic that was in-tune with the real-life world of wrestling. Online will have every mode playable in time – but only one on one matches will be supported at first.

Ring editing returns and should be better than ever with a PC toolset to work with. Wrestler creation is definitely going to be better thanks to the addition of more texture layers. With the last game, you had up to three total layers – so while that gave you something to work with, you would have to do some creative color block work to make every look good for more elaborate designs. With more textures, everyone who is inspired to make real-life wrestlers should have them looking better than ever before. 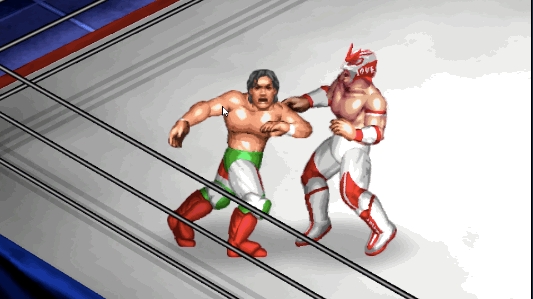 The core gameplay has been improved with the ability to do back and forth exchanges ala Kobashi vs. Misawa or Flair vs. Steamboat, with the winner of the exchange hitting one last giant shot to take someone down. Perhaps the biggest addition for ending drama is the ability to steal a finisher. Once seen as a huge deal, this has now become a bit routine in major matches – so its inclusion here does seem fairly perfect for a game set for a release of some sort in 2017. Fast-paced matches can now be even faster thanks to the ability to run into the ring, and submission battles will be more dramatic now that you can inch towards the rope if you’re in a move. New moves have been added, including the Sister Abigail, Rainmaker, and a pole shift flowsion. The early access version of Fire Pro Wrestling World is set for release in Q2 of 2017, and we’ll be there as soon as possible to offer up impressions and maybe some creations guides along the way.