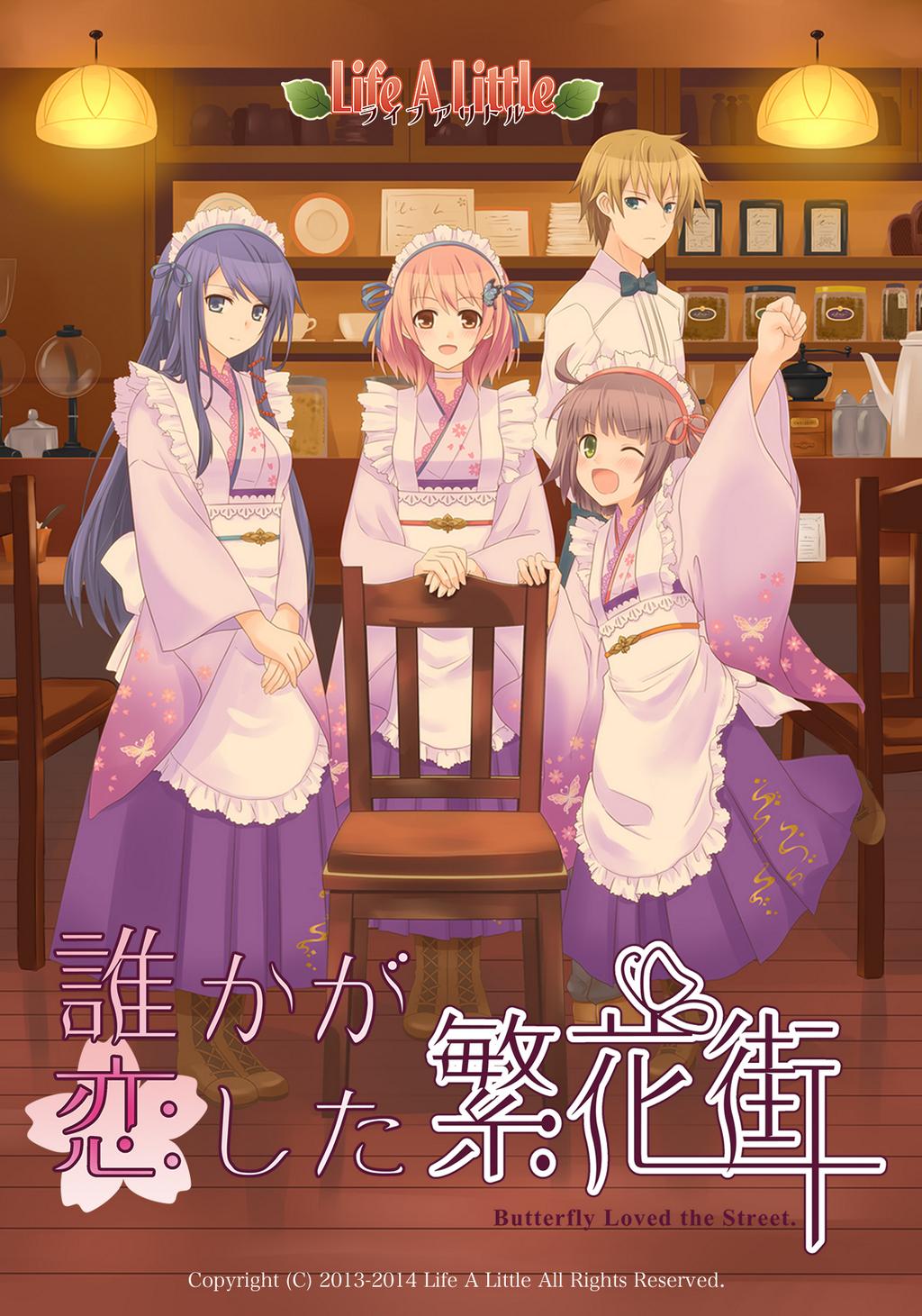 A Butterfly in the District of Dreams

It’s refreshing to see how many visual novels are available on Steam to suit all tastes. There’s a wide variety from romantic comedies to tragic dramas, and basically whatever else you might want in between. A Butterfly in the District of Dreams is an all-ages title which originally launched in Japan in 2013. The following year, a voiced edition was released as well. A few years later, Sekai Project announced they’d be localizing the project and now it’s available for English-speaking readers to enjoy on Steam. The thing is, it seems as though a game which will prove polarizing for readers depending on their exact tastes.

A Butterfly in the District of Dreams is a tremendously slow-paced tale with a calm vibe. The story begins with protagonist Haruki visiting his sister Anzu in the hospital. This might not seem like a huge deal immediately until it’s revealed that she is actually very sick and spends the vast majority of her time within the confines of a local hospital. Things aren’t much better for Haruki at home, where he must care for his elders as well. Then there’s the matter of school which he has absolutely no drive for due to real life stressors. Instead of attending college, he simply pretends to leave home and completely ditches it. That is, until a childhood friend, Ai, catches him in the act and forces him to return to school with her. The two get to talking and reveal the trouble causing Haruki to avoid school so darn much. It seems like an important moment which might plant the seed for Haruki changing his outlook.

As the two rush to board the final train home, they find that they’ve actually just missed it. Or have they? Another train rushes down the track and stops for them – but it’s a strange-looking one. Despite their reservations, Ai and Haruki board the train only to find themselves whisked off to what appears to be a totally different city. The town appears almost frozen in time, with townsfolk happily coming and going from the massive shopping district. With no idea what to do – and a return train nowhere in sight – the duo enter a cafe where they begin working as staff. A Butterfly in the District of Dreams proceeds along, with our cast wondering if and how they’ll be able to return back to their hometown again. 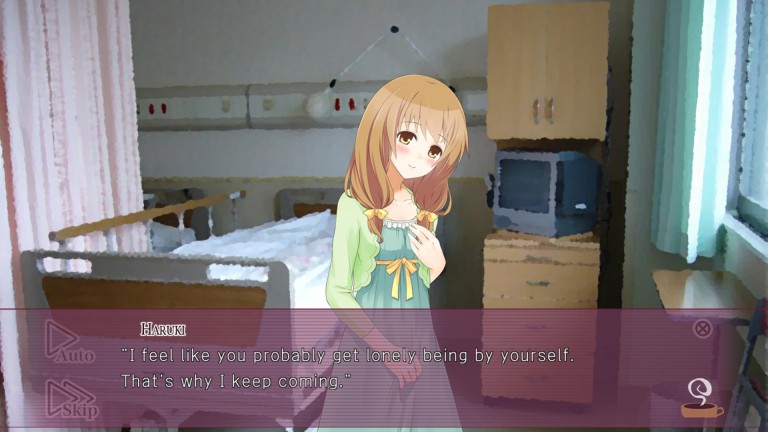 The magical aspect of the game is cute and creates an interesting dynamic initially. Sure, logically both characters want to return home, but what does Haruki have to look forward to if they do head back? Wouldn’t it be better to spend the rest of their days in a charming, peaceful village? Unfortunately, for the most of the storyline, the reality of the situation is hardly acknowledged (until a certain event takes place). There’s also the matter of how “samey” everything becomes once Ai and Haruki get into the groove of this new lifestyle.

Instead of focusing on the surrealism of the situation, A Butterfly in the District of Dreams becomes yet another slice of life tale for the majority of time. Haruki, our average male protagonist who doesn’t really do anything, still manages to draw the eye of multiple people in unrealistic  ways. Ai, a total genius of a student, doesn’t seem to have much purpose aside for her relation to the protagonist. Everyone gets into silly, sometimes creepy hijinks. The game is also a huge fan of commenting on the protagonist’s “sister complex.” There’s not really an analogous concept in our culture and instead it might be interpreted as incestuous feelings (which isn’t particularly humorous). 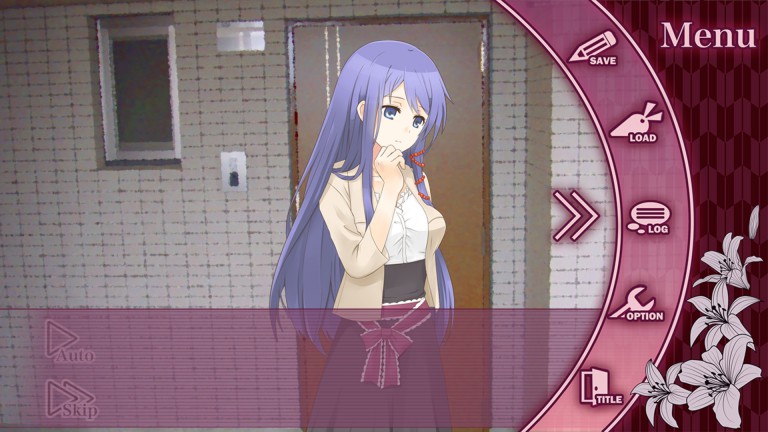 There are three potential routes to pursue in the game, and completing the first should take around four to seven hours. After that, you can skip past about half the text to get back to the main fork in the road. Aside from selecting your heroine, there’s not much in the way of dialogue options to impact what goes on. Completing each ending does help clear up the mysteries surrounding what all took place to transport Haruki and Ai, at least. Unlike some visual novels, however, it doesn’t actually feel necessary to beat them all to get a sense of closure.

A Butterfly in the District of Dreams features anime artwork for both character sprites and CGs. It’s about average – beyond the hobbyist level but nothing to write home about either. On the other hand, early backdrops are pure amateur hour with filtered photographs. Fortunately the cafe and town feature actual artwork for backgrounds. The Japanese voice acting is well done for all characters except for our perpetually silent protagonist. You may catch a typo here or there but for the most part the text is just fine. The issue lies more with the writing itself which doesn’t feel particularly impassioned most of the way through. Even by the end, it doesn’t feel as though much character development has occurred. 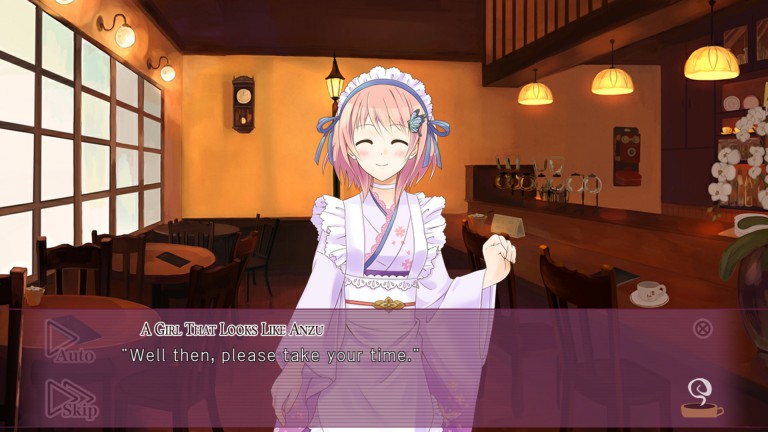 Some folks are really into slice of life tales, and for others, it makes reading a visual novel a total slog. If you’re interested in a slightly mystical take on the genre then perhaps A Butterfly in the District of Dreams will excite you. For most, however, it’s an average tale which plods along with no real meaning for the majority of it. There’s nothing harmful about this, and there’s far worse you can play on Steam, but your hours of reading time might be better served elsewhere.