Recently, I found myself with a burning desire to play a Katamari game. Bandai Namco’s title started off as an experimental art game that managed to stumble upon an addictive formula. Maybe the process of building a larger and larger ball from random detritus found across levels until it reaches galaxy swallowing proportions scratches some sort of primal itch. It could also be the strange humor that forms the backbone of the story, such as it is. There is no denying that the taskmaster, the King of All Cosmos, comes packing the strangely alluring Incredibulge, a package that would take an entire fleet of UPS trucks to deliver.

No matter the reason, the urge to play a fresh entry comes roaring to the front of the mind periodically. During this last bout of Katamari fever, there were two new options before me. Tap My Katamari, a free to play clicker game for mobile was first attempted and promptly discarded. Good clickers do exist, but that is simply not one of them. So, Touch My Katamari it is. Knowing going in that it received middling scores across the board didn’t bother me. In fact, it wasn’t even going to be considered for this column until I noticed the Wikipedia page. Jeremy Parish, a writer I respect, is quoted as saying that the series “continues to miss the point.” Okay, so this might be a crap show. Hopes now lying in the gutter, I touched it. 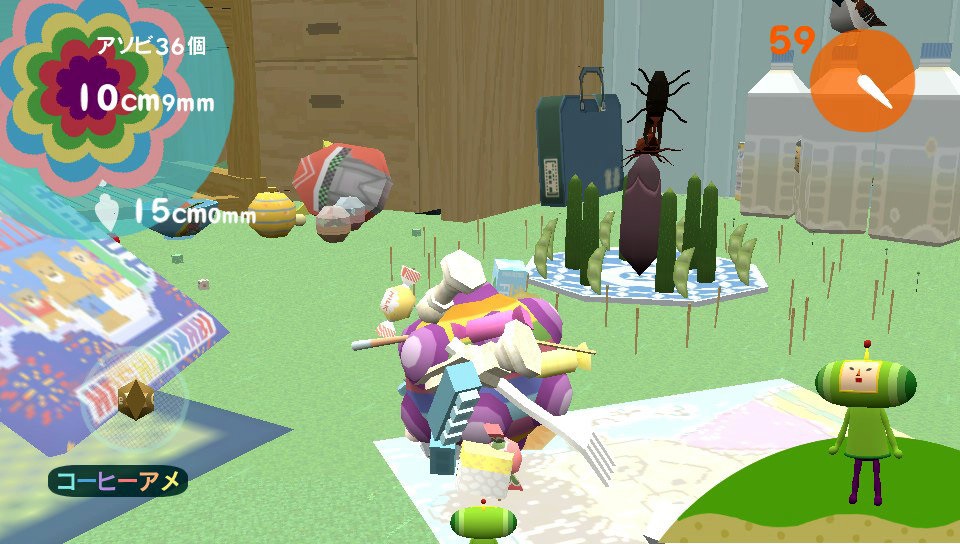 Story-wise, there is a new tale being told in the same nonsensical manner. The King of All Cosmos finds himself depressed for some inexplicable reason, and it is up to the Prince and his cousins to create new Katamari to cheer him up. The charm found in other titles is present, but it doesn’t have the same quality present in its humor. That’s acceptable, though. As long as there are new levels to learn and explore, there is plenty of fun to be had.

That is where the issues really come in. Having done very little research before jumping in, I was amazed to find that every single level is recycled from previous games. Nothing within them has been changed. In fact, the hiding places for cousins and presents appear to be located in the same place. Even if this were marketed as a greatest hits, the amount of stages is lacking. Most players blow through each stage in a limited amount of time, especially those who are already familiar with the best possible runs to maximize size or time. Not even the King’s legendary codpiece can make up the difference. 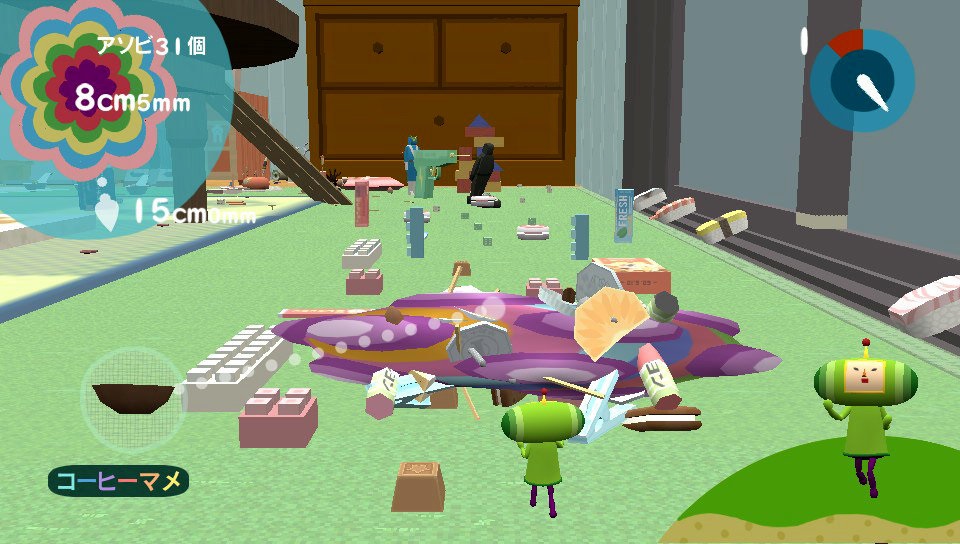 There is one minor addition: using the PlayStation Vita’s back touch panel, players can elongate the Katamari to make it shorter or push the sides in to create something more like a Ferris wheel. This would actually be a nifty addition if fresh stages were created to encourage the use of these abilities. Since what is present was designed without this mechanic in mind, it should go without saying that the need to use this option doesn’t rear its head.

Music also remains the exact same. For once, this isn’t a complaint. The tunes from the series have always had that perfect, bouncy quality that requires repeated listens. As there are so many, and Bandai Namco aren’t afraid to switch up their arraignments, the tracks feel just as fresh now as they did in 2004 when the inaugural title was released. 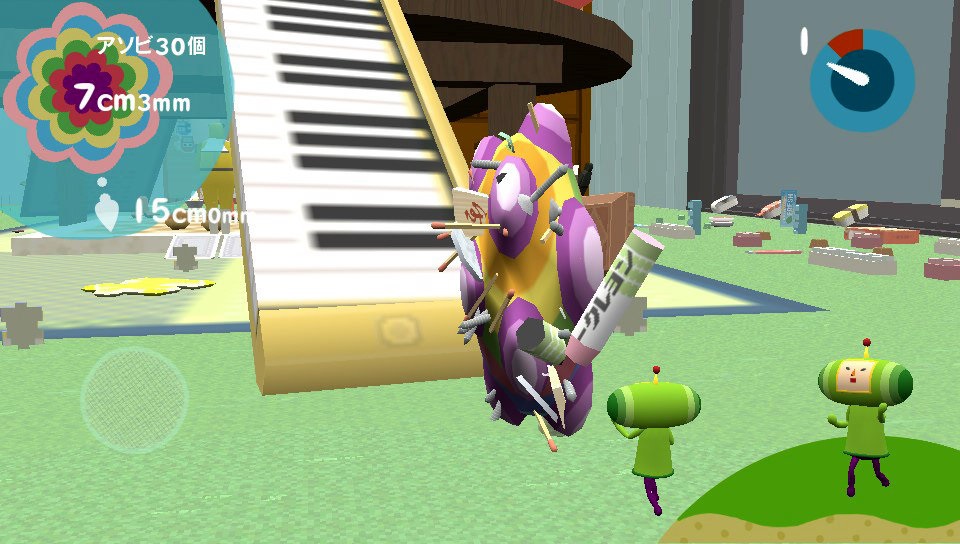 Those who haven’t played a Katamari title in a long time, or better yet, have never played one, will find tons to love about the Vita edition. Anyone who is already familiar with the series should do what they have been doing all along: ignore this one. This was a title that was basically phoned in to snag some sales from early Vita adopters. It could also be the reason that we haven’t had a new entry in, well, forever.