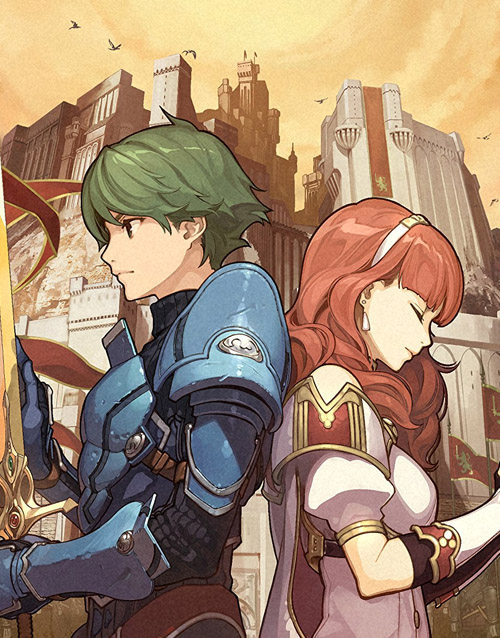 While many may point to its appearance in Super Smash Bros. Melee as the turning point for the series going forward, there’s little to argue against Fire Emblem attaining most of its now A-listed success through its most recent 3DS outings. Be it 2013’s Awakening or last year’s triad of separate, cut-off releases under the Fates banner, the real catalyst for the series’ almighty upturn in success can no doubt be found in the shift these titles took, confining earlier iterations to the shadows of its handheld releases’ monolithic commercial dominance. The changes made and the revisions undertook, for better or worse, altering its underlying identity. Whether or not Fire Emblem Echoes is some manner of response — be it from Intelligent Systems or Nintendo themselves — to those eager for a return to the pre-Awakening (pre-Path of Radiance even) experience and/or unsettled by these recent changes, it’s clear just from the cover art alone that Shadows of Valentia is an intended deviation from the recent formula, mechanically and aesthetically more so.

A deviation that chooses instead to return to Gaiden, second entry in the series and a Japan-only release that on the surface may seem like an odd choice; the game’s notably dry, minimalistic approach to strategy perhaps best suited to the experimental, side-project litter of series entrants. A game that is essentially that: a detour meant to appease and ultimately have little, if any, sway on the series’ inevitable future course. Or at least that’s the presumption; what Shadows of Valentia represents instead, after a full twenty-or-so hours of exploring both its major overhauls and subtle differences in presentation, is perhaps the series’ most interesting and potentially divisive wake-up call of sorts. One that doesn’t necessarily ditch or otherwise dissect its own standards in some vague attempt to find fault, but instead, graciously, calls back to a period of time wherein the series struck a fair balance between provocative gameplay and entertaining characters alike.

Characters whom, outside of the ocassional RPG trope or stock template, don’t appear as dispensable or as passive as we’ve come to expect from not one, but two entire armies worth of fighters. This is largely down to the game’s fully-voiced script and the fact that secondary characters — outside of dual protagonists Alm & Celica — are given a lot more time to develop and thus feel fleshed out beyond their meagre sprites and on-screen profiles may conjure. While not all of the voice-work is delivered with the same level of conviction or believability — with most support conversations, bafflingly, coming off as dead air with little-to-no warranted reason at being — the on-going banter and very many exchanges between characters, keeps the light-hearted folly seldom far from the all-round tale’s somewhat darker focus on the perils of conflict, creating an interesting juxtapose that further hits home Fire Emblem’s core themes surrounding war, faith, trust and of course, victory. 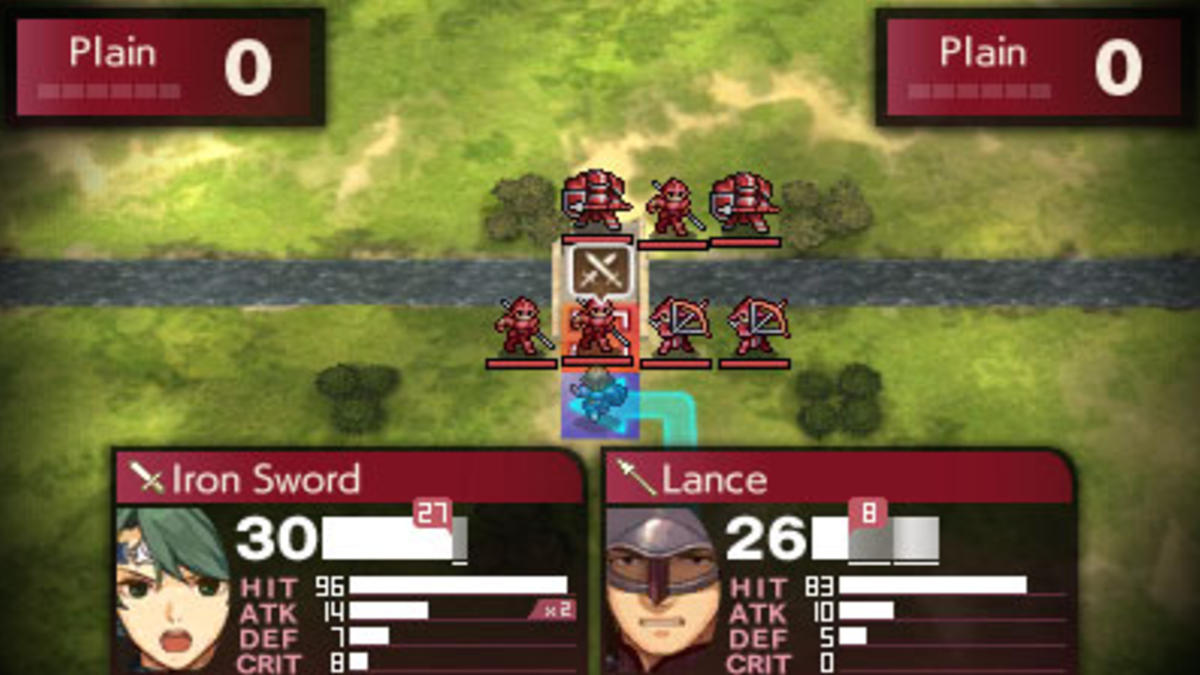 To call Fire Emblem Echoes’ gameplay simplified or perhaps stripped back — many taking note of the absence of the [series staple] weapon triangle, not to mention the strength of an attack but a simple calculation of attack power minus an opponent’s defence/resistance — would be to undermine just how well the game takes into account the need to flesh out everything else outside of the fundamental components of skirmishes and story-based missions alike. True, the diverse and often interesting design of maps in recent games is in short supply here and unfortunately one of Echoes’ most obvious criticisms to take note of — the most blatant of environmental and terrain changes, be they vegetation, hills or fortifications of sorts, rarely altering what eventually turns into a common rhythm defining most missions. Fortunately, what makes Echoes resonate so well despite this, is the effort put into the spectacle and very mechanics outside of the game’s main combat pull to keep players invested in the journey onward.

This shows up most prominently at the start of the game’s third act, whereby players gain the ability to take charge of both Alm’s & Celica’s armies in unison. Choosing which army — and as such whose character arc — they want to advance across Valentia’s path-structured routes. Keeping a close eye on where enemy units are placed, their strength rankings and how best to approach it. All the while making sure that other units don’t sneak up on the accompanying characters’ positioning, underpinning that consideration of when best to move and with whom. But Echoes goes beyond the nature of its overworld with stand-alone areas and systems of play that go to only add further depth and meaning to Valentia’s place in the series pantheon. 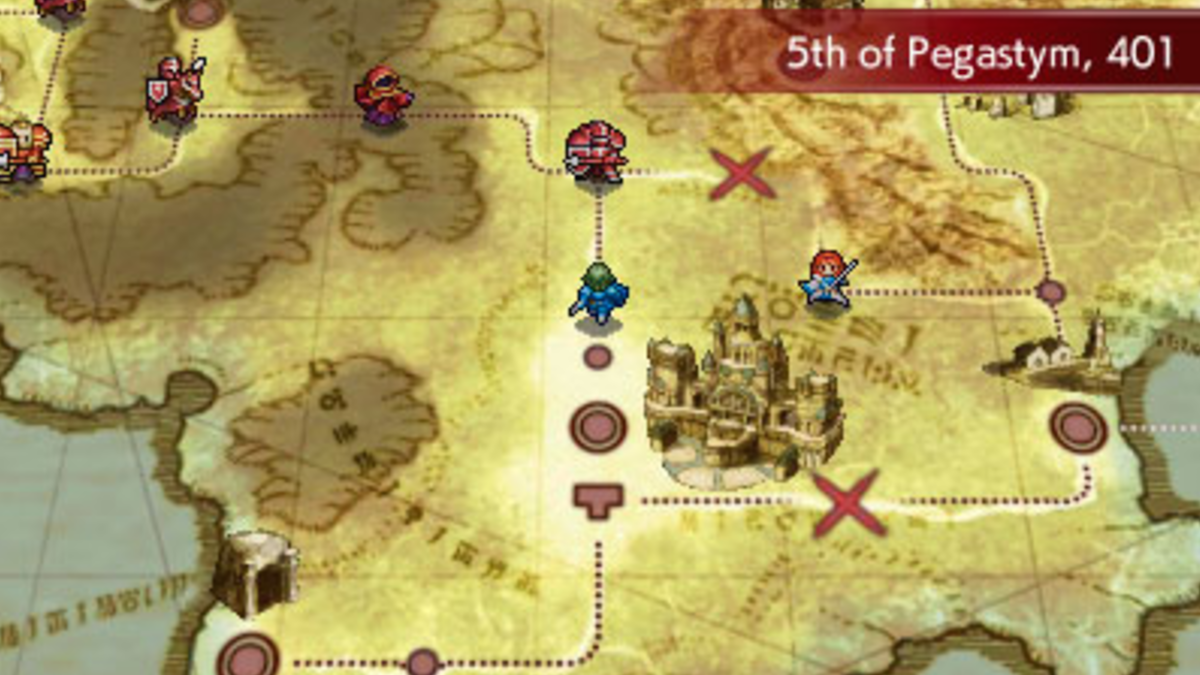 Villages that can be visited and subsequently examined for items, characters eyeing up/sprinting into battle during in-game clashes as opposed to simply standing static post, the novel late-90’s design to character sprites, bonus XP awarded based on a characters’ contribution post-battle. Whether it’s tied specifically to the gameplay or simply part of the overall presentation, while past titles might have latched you with the spectacle, Fire Emblem Echoes draws you in with its better fleshed-out World, delivering enough minute tweaks and neat additions to the plate to feel less like a remake of an old entry and at times like a completely new, stand-alone experience that can rival the heights of its 3DS brethren.

Granted not all of Echoes’ ideas work as flawlessly in execution and its winding story that hops back and forth between protagonists isn’t shy of throwing the odd predictable plot-twist here and there. The Fatigue aspect, for example, rarely causing concern, even when trudging through the game’s many 3D dungeons (which in themselves neither benefit nor hinder the conventions of traditional fights) while the simple arithmetic of combat rears far too many cases of bad luck to be simply forgotten. A double-attack with a success rate of 90% that both miss and an enemy attack with the same attribute at around 20% somehow managing to land a critical hit? While the dreaded “miss” is fairly common in the RPG genre, Echoes’ outcomes at times feel unnecessarily unfair. 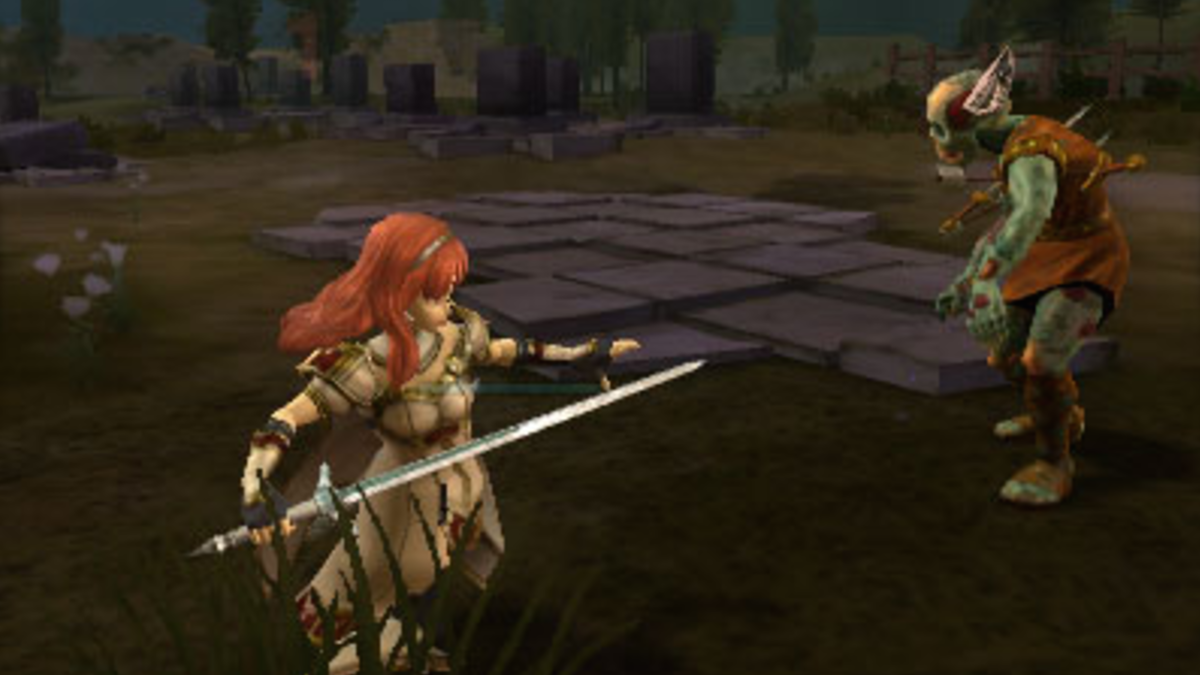 Even with these genuine annoyances, Shadows of Valentia’s sticking to the original’s forte — removing the more supportive mechanics such as the ability to pair up units, in favour of this more calculative and thus critical deduction of which move to play out next — keeps the moment-to-moment gameplay seldom flatulent. Whether it’s baiting enemy units into certain positions or deciding which units take the role of weakening an opponent one phase and which ones ultimately finish the job to gain more XP, is part of the charm and Echoes certainly reestablishes Fire Emblem’s at times gruelling deliverance while at the same time not over-indulging in reward.

Some characters and units may not gain the same level of reward from such things as stat boosts — seldom improving on more than three areas at any given time despite the increased opportunity outside of the main campaign — but whether it’s the introduction of Combat Arts based on a unit’s proficiency with a weapon or indeed the return of forging weapons to higher levels, there’s certainly little lost when it comes to diversifying one’s tactics prior to the next conflict, but ensuring that such choices are within reason. Once again, the dread of permanently losing any one unit should they die mid-battle, isn’t lost. 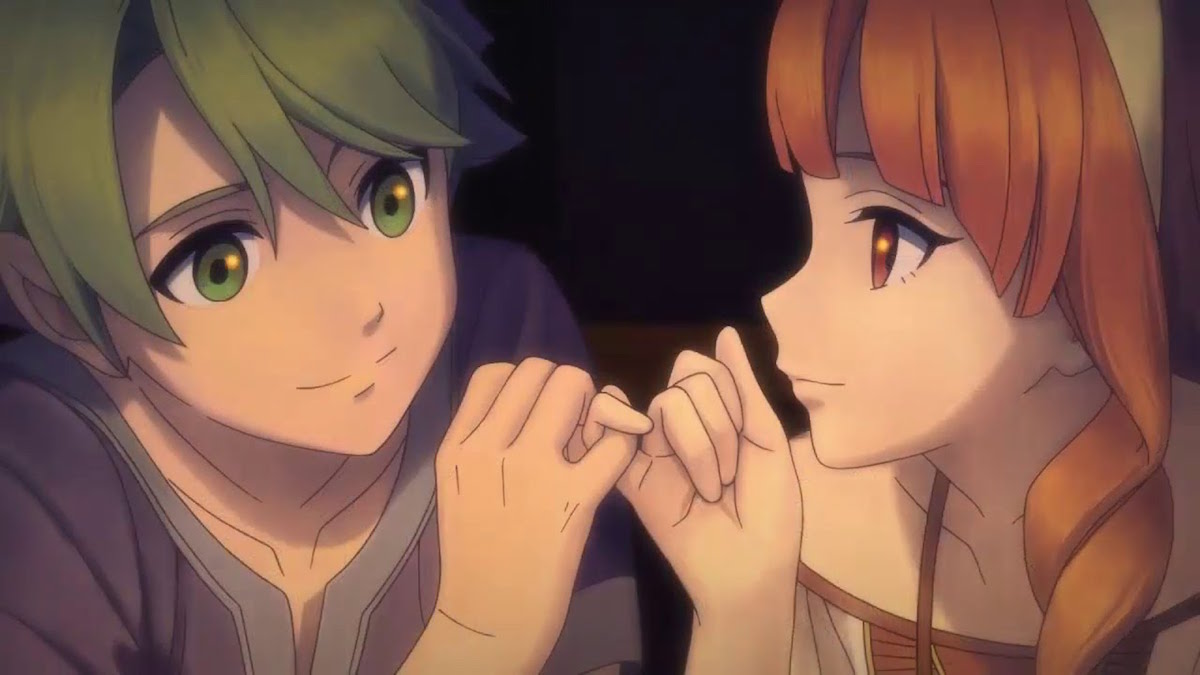 Fire Emblem Echoes: Shadows of Valentia, by no means a flawless entry in the nearly three decade-old franchise, may well be the closest the series has gotten to somehow finding a happy medium between past legacy and contemporary appeal. Robust, entertaining and perilously engaging, while it may still find itself tainted by contemporary RPG standards in its character cast-listing or adamancy in offering “more” for the pure sake of it, Fire Emblem’s own “remake” phase in the end pays off in ways both clear and subtle alike. Ways that will appeal to either end of the fanbase spectrum. Its core gameplay and the many grid-based maps may not have evolved as much (perhaps less so here), but it’s everything going on around the combat that makes Shadows of Valentia a game you’ll look to beyond the avid necessity of leveling up your units. An interesting detour if nothing else, Nintendo would be wise to look at Echoes’ many entertaining and delightful offerings when the series, inevitably, makes its long-awaited return on home consoles.