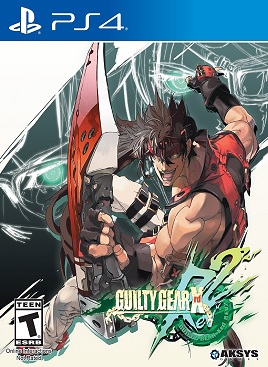 When looking at Arc System Works’ Guilty Gear Xrd REV 2, there is no shame in being confused. This is not a full blown sequel, as the title suggests, as they only added a “2” to the end. As fans of the series, we’ve grown accustomed to superfluous punctuation and added words to expanded editions in the franchise. Instead, Xrd REV 2 is an expansion to last year’s Guilty Gear Xrd -Revelator-, which was, in turn, a massively improved version of Guilty Gear Xrd -Sign-. See the dashes in the name? That’s what we’re talking about. As an expansion pack, there is quite a bit present. The new content packs in two new characters, new moves across the board, rebalancing and a good hunk added into the passive story mode.

It does seem prudent to discuss the freshly added fighters first, since they are the most noticeable additions. Both seem tailored for more advanced play, but Baiken is the easier of the two to pick up. As a female samurai, she seems to gain more success in ground play over airborne. Packing a range of effective close strikes, mid range slashes, and the ability to close distances very quickly, she almost seems designed to frustrate folks who prefer to keep the fights at a distance. For example, one Zato player got particularly annoyed when I continually bypassed the effectiveness of his Eddie familiar, and an Axl player hated that they weren’t able to harry me with his chain sickle. Plus, Baiken’s haughty walking animation denoted an ego that is almost on par with her breast size, lending her tons of personality.

Answer, on the other hand, saw no success in my hands. He’s a tricksy one, laying traps on the ground and banners in the air that can be used as perches. He is obviously designed for high level players, as his abilities theoretically can be used to control the entire field in the hands of an expert. Obtaining that mastery will take an extremely long time, though, for someone who has a harder time strategizing in these types of games. Someone like me, for example. That isn’t to say that he will be overpowered in the hands of a master. There are still plenty of tells that the astute will be able to notice, allowing for opportunities to shut him down. 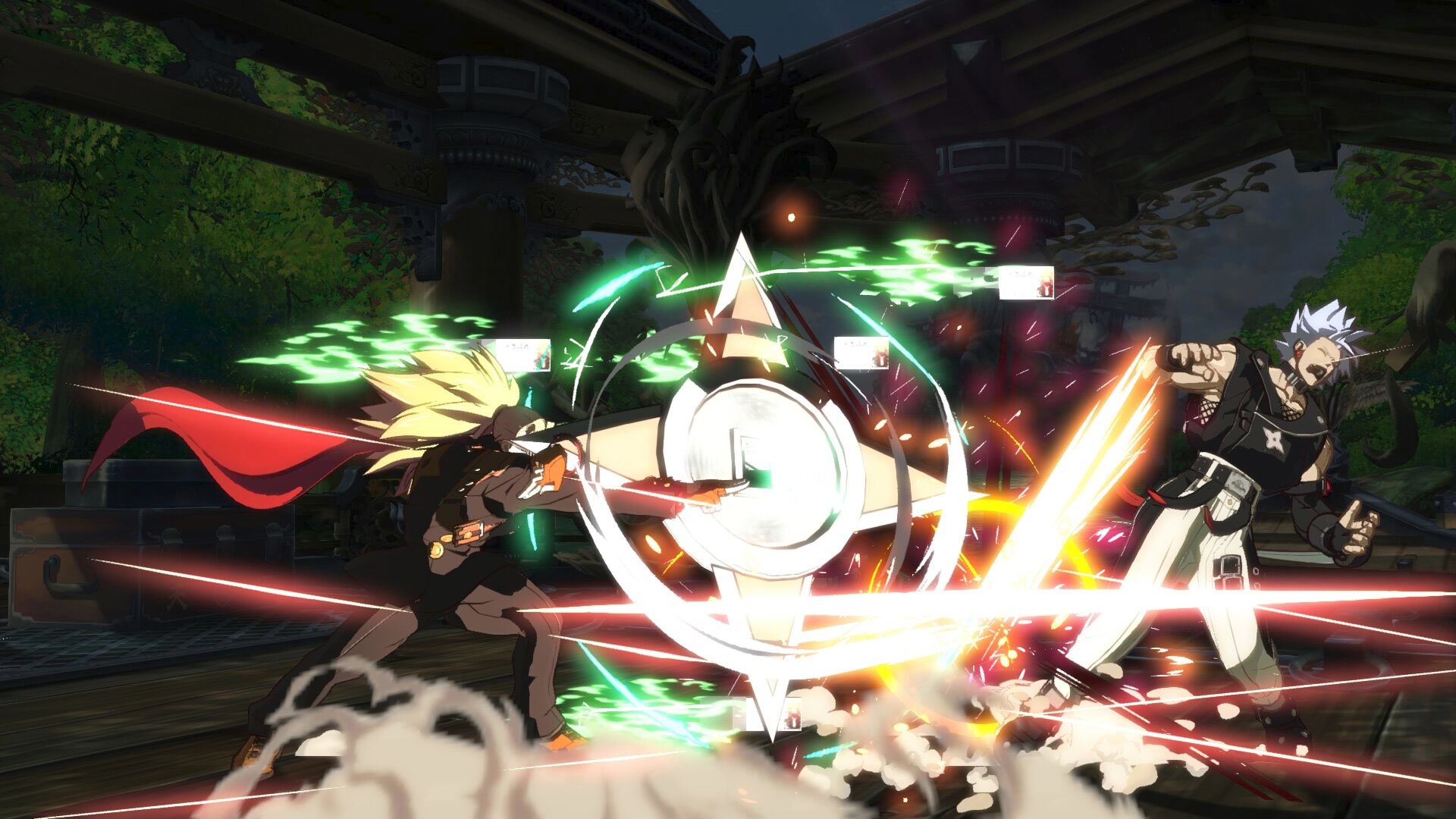 As for the rebalancing and new moves, these will be immediately apparent to a long time player that spent hours at a time in -Revelator-. However, casual players would be hard pressed to see the difference. Through comparisons of both versions, it can be confirmed that a fair bit of work has gone into all of the fighters. The time frames for moves have been adjusted, become more forgiving or more strict based on the circumstances, and the new moves do open up more options in battle. Also, the button mashy “Stylish” system that allows newbies to pull off more advanced combos has been beefed up a bit. Players opting for this mode will still be utterly destroyed by someone with even a modicum of experience using the “Technical” system, but the upgrades also provides more of a level playing field in that they do have a better chance of punishing an egregious mistake by their opponent.

People who got into the story from the last one will find a rather large chunk of additional story that can only be accessed after watching the original one. (As a side note, all saved data carries over, so the original doesn’t have to be re-watched.) It’s…interesting? To be entirely honest, I was a bit lost, having watched the initial stuff when the last one released, and it was dense with concepts and terminology that I no longer remember. It’s still visually appealing, which is to be expected by Arc System Works.

In fact, that style is exactly what puts the Guilty Gear series ahead of the pack. Without question, the animation and flair that -Revelator- has puts the bigger name fighters to shame. The moves and look here is much more appealing that Street Fighter V and its ilk, and the improvements found in REV 2 widens the gap. At the same time, it is more technically dense, which makes it harder to master but more fun to watch. 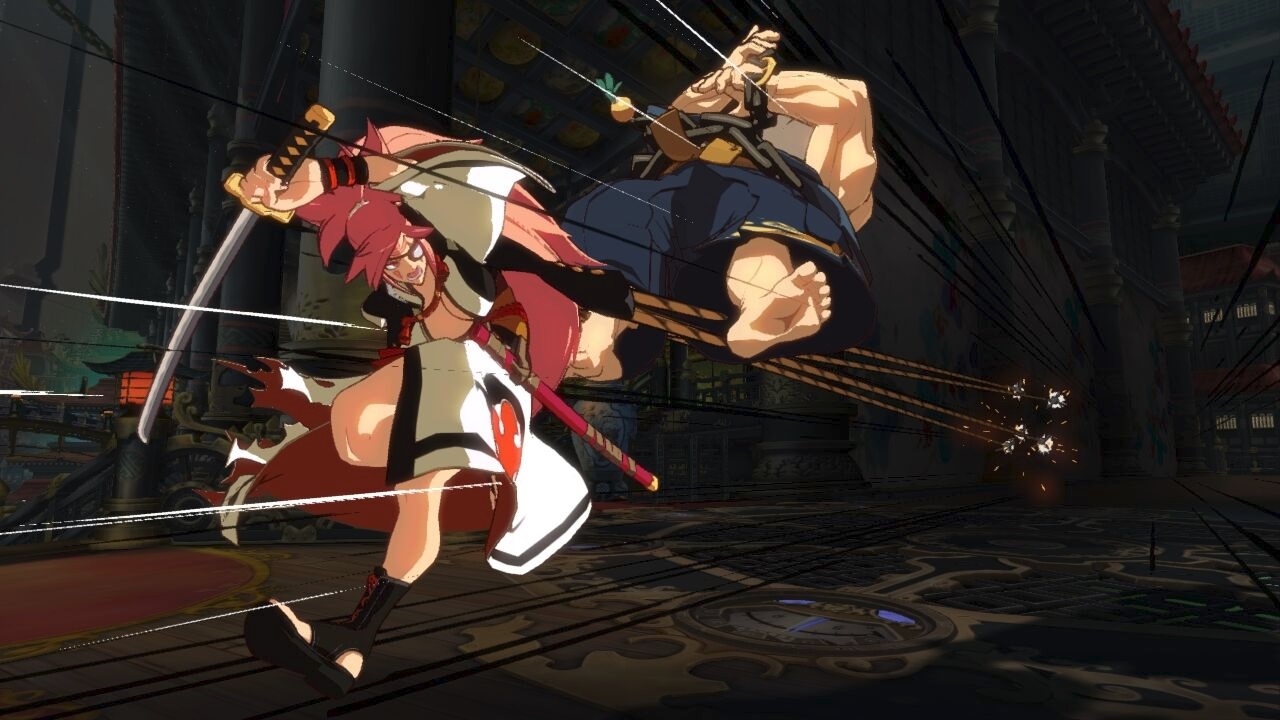 Guilty Gear Xrd REV 2 is being published both as a standalone title with the full package (at a bargain compared to other just launched fighters) as well as a DLC pack for half the price for owners of the last game. Because of this, existing fans and newcomers are both getting the best deal. This is a title that comes highly recommended to anyone with a penchant for fast, flashy fighters on the 2D plane. While the genre isn’t hurting for options at the moment, this is a game that can hold its own against any challenger, as long as it doesn’t ask me to play as Answer.