Though it may be possible — or perhaps optimistic — we could see something (anything at all) from either game at this year’s E3, don’t expect either Final Fantasy 7 Remake or Kingdom Hearts 3 to be launching anytime soon. According to Square Enix CEO & President Yosuke Matsuda, both games could be, worst case scenario, up to three years away from launch meaning that, at the latest, either title won’t see a release until Summer 2020. 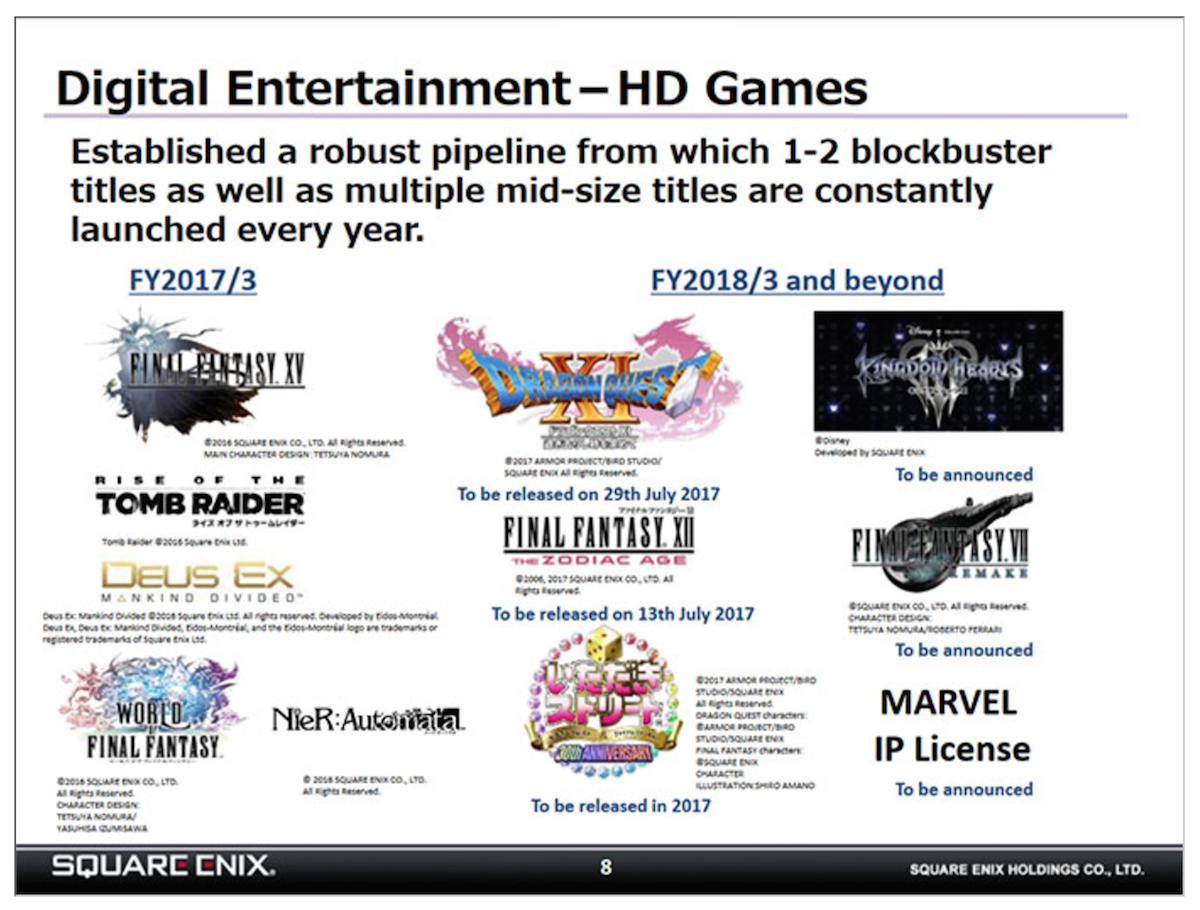 At the company’s recent Outline of Financial Results Briefing, Matsuda explained, in reference to the above slide: “This slide shows our release lineup for FY2017/3 as well as for FY2018/3 and beyond. We plan to launch each of these upcoming titles in the next three years or so.”. Final Fantasy 7 Remake was originally unveiled at Sony’s press conference at E3 2015, with Kingdom Hearts 3 announced two years prior.