For a brief period earlier today, a new trailer was made public for Sonic Mania, one of the blue hedgehog’s two upcoming titles this year. At the end of the trailer, it appeared to show the game’s final release date of August 15. Though the video was eventually taken down and its release date changed back to “Summer 2017”, as indicated on its Steam page, some users were able to screen-cap a shot of the trailer before it was removed. 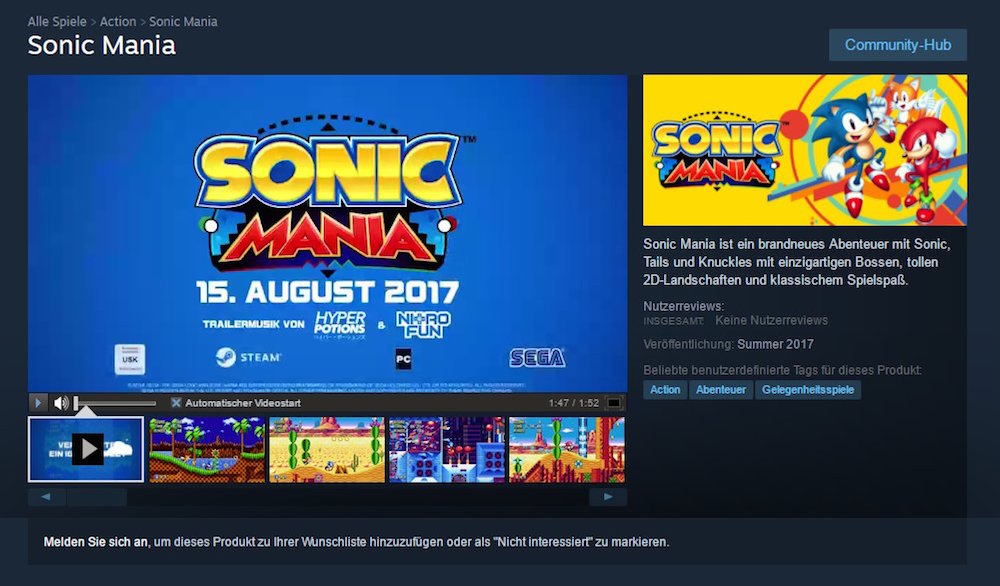 Though this may in fact be the release date for the game on PC specifically — as well as in the territory of Europe — an August release would make sense given the month has slowly seen a resurgence for potential non-AAA/indie titles to shine. Sonic Mania will also be available on PS4, Xbox One & Switch.