Senran Kagura is appropriately gearing up for the Summer with its third-person, multiplayer water gun shooter Peach Beach Splash, set to hit American shores in the coming months. And with its impending release comes news of a limited edition, and in a natural move for the cheeky, buxom-filled franchise, this will be known as the “No Shirt, No Shoes, All Service Edition.”

Unsurprisingly appearing mostly identical to the Japanese limited edition of the game released earlier this year, this particular edition (seen below) will include an art book, a copy of the game’s soundtrack, a Blu-Ray disc with all of the opening animations from previous games, and a crop of DLC including the Futomaki Roll Bazooka special weapon, a Bebeby pet card, bonus skill cards, and extra costumes, including the Soaking Wet High School Uniform costume, of course. Notably, this will be the only way to receive a physical copy of the game, with all other releases being digital. Senran Kagura: Peach Beach Splash is due out this Summer for the PS4, with the limited edition retailing for $69.99 USD, and no price set yet for the digital version. 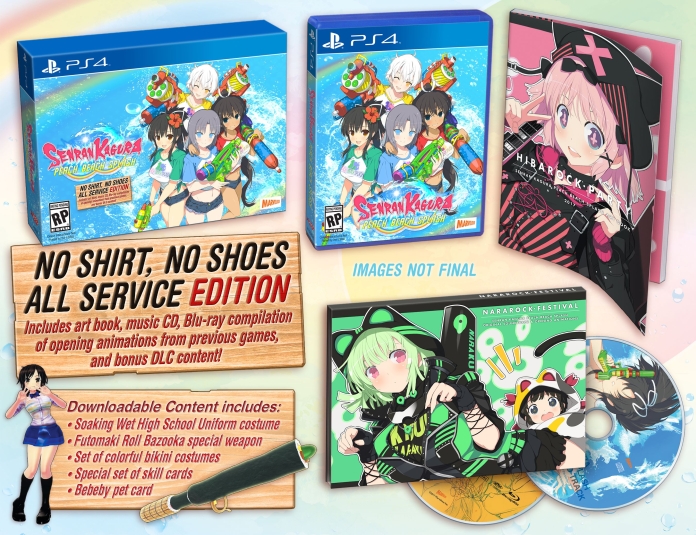